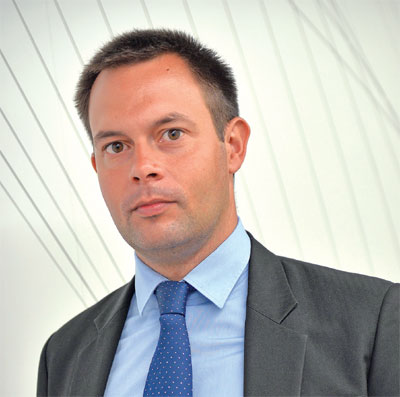 What are MBDA’s ongoing projects with the Indian Air Force?

The Indian Air Force (IAF) is already a customer for the most advanced air launched missiles made by MBDA, including Meteor, SCALP, MICA and ASRAAM. ASRAAM is being delivered to the IAF as its New Generation Close Combat Missile programme. MICA is part of the upgrade package for the IAF’s Mirage 2000 aircraft, but also arms the IAF’s new Rafale fighter jets. The SCALP deep-strike cruise missile from MBDA will also be equipped on India’s Rafales. The most famous of the weapons that MBDA is providing the IAF for its Rafales is probably the Meteor beyond visual range air-to-air missile, which is widely recognised as a game changer for air combat.

MBDA recently tied up with BDL for the Indian Missile Development Unit. What potential does MBDA see in this project and what work will be undertaken?

MBDA recently signed a licence agreement with Bharat Dynamics Limited (BDL) for the final assembly, integration and test (FAIT) of ASRAAM. The agreement further strengthens the long and highly successful collaboration of over four decades between the companies on various missile programmes. Work on establishing the FAIT capability in India has already commenced and it is expected to become operational by 2022-23. Under the licensing agreement, MBDA will transfer the equipment and knowledge to BDL for establishing a manufacturing facility in India.

IAF’s has chosen MBDA missiles for its fighters such Rafales, Mirage, Jaguar among others. How will these missiles improve combat capabilities of the IAF?

ASRAAM on IAF’s upgraded Jaguar fleet brings unrivalled speed, aerodynamic manoeuvrability, and range, with its large rocket motor and clean aerodynamic design. ASRAAM has a high kinematic capability that delivers superior endgame performance for within visual range air combat. Combined MICA on the IAF’s Mirage 2000 and new Rafale fighters is the only missile in the world featuring two interoperable seekers (active radar and imaging infrared) to cover the spectrum from short-range dogfight to a long-range stand-off capability, giving the pilot enhanced tactical flexibility.

The SCALP deep-strike cruise missile from MBDA will also be equipped on the IAF’s Rafales. This stealthy weapon has proven repeatedly in combat its unerring ability to strike hardened and protected targets deep inside hostile territory—without the need of the launch platform to enter hostile airspace. SCALP’s operational effectiveness is the result of three key factors: its high survivability thanks to its long stand-off range, low observability, and sophisticated mission planning system; its pinpoint terminal accuracy through its highly accurate seeker and target recognition system; and its terminal effectiveness provided by its powerful tandem warhead.

The game-changing Meteor beyond visual range air-to-air missile is another to be equipped on the IAF’s Rafales. Meteor is powered by a unique rocket-ramjet motor that gives it far more engine power, for much longer than any other missile. This means it can fly faster, fly longer, and manoeuvre more than any other missile—giving Meteor the ability to chase down and destroy agile, hostile threats at even the furthest of ranges. As a result, Meteor has a no-escape zone many times greater than any other air-to-air missile. There are also opportunities for these missiles to be added to other IAF platforms, to bring their excellent combat performance to more IAF’s aircraft.


What is the update on Mistral ATAM missiles’ induction onto the ALH Rudra helicopter?

The Mistral ATAM air-to-air system for helicopters is based on the Mistral missile. The system is characterised by simplicity of operation, a very low crew workload and a high level of performance. The system can be operated within the whole flight envelope of the launch helicopter, at speeds of up to 200 knots and at altitudes exceeding 15,000 feet.

Mistral ATAM ensures a large off-boresight capability, together with the ability to aim the missile seeker very precisely at a given target. With its fire-and-forget engagement mode and ease of operation, it has an unrivalled kill probability. The Mistral missile itself is a lightweight, digital, heat-seeking missile, designed to match the requirements of all forces. It has a 96 per cent proven success rate and higher reliability than any other existing low-level air defence missile. The missile has a shaped trajectory in order to intercept targets top-down or at long range. The crew can also select the proximity fuze mode. Mistral integrates ultimate state-of-the-art technology to ensure the same effectiveness, in peacetime as well as in wartime conditions.

Will there be technology transfer in all these cases?

MBDA is fulfilling all its commitments, including transfer of technologies. We are in constant engagement with the India authorities and our defence industrial partner.

What are the updates on SRSAM and VSHORAD programmes?

MBDA’s primary very short-range air defence (VSHORAD) missile systems are based on the Mistral missile. Mistral is equipped with an imaging infrared (IIR) seeker with advanced image processing capabilities that allow it to engage low thermal signature targets from a long distance (such as UAVs), whilst at the same time offering excellent resistance to countermeasures.

How is the L&T MBDA joint venture faring? What orders has it bagged?

We plan for L&T MBDA Missile Systems Ltd (LTMMSL) to be a major manufacturer of missile systems in India, as well as a significant contributor to the Make in India programme. The JV has already set up a facility in Coimbatore for the manufacture of missile systems in India. The JV is also bidding on three Make in India category programmes at present.

In addition to the aforementioned SRSAM programme for which the JV is offering a missile based on Sea Ceptor, it is also participating in the navy’s Medium Range Anti-Ship Missile (MRAShM) programme for which the JV has offered the Exocet MM40. This is the surface-launched version of the Exocet missile already in service with the Indian armed forces. The JV’s third offer is the 5th Generation ATGM5 anti-tank missile for the Indian Army. ATGM5 is offered under an Indian Designed, Developed, Manufactured (IDDM) category of the Make in India programme, so would involve the JV conducting R&D domestically.

Even as MBDA’s Maitri missile project for the navy didn’t take off, do you have any other collaboration with the DRDO?

MBDA is continuously interacting with the DRDO and its affiliates in order to strengthen collaboration between us on various future programmes. Partnership is in the DNA of MBDA and it’s important to be in touch with all major player in India.

Has MBDA’s functioning picked up pace after Covid-19?

During the global pandemic, MBDA focused on the health and wellbeing of its people. It is thanks to their dedication and flexibility that MBDA has been able to adapt to the challenges posed by Covid-19. This enabled the company to continue working for its customers and fulfilling its commitments by delivering on the contracts, including in India. By implementing new tools and with our local presence, despite the travel restrictions, we always kept the contact with customers and partners. One concrete example of this was virtual training with our partner LTMMSL that we put in place by connecting productions lines virtually between French and Indian factories with high level of security.