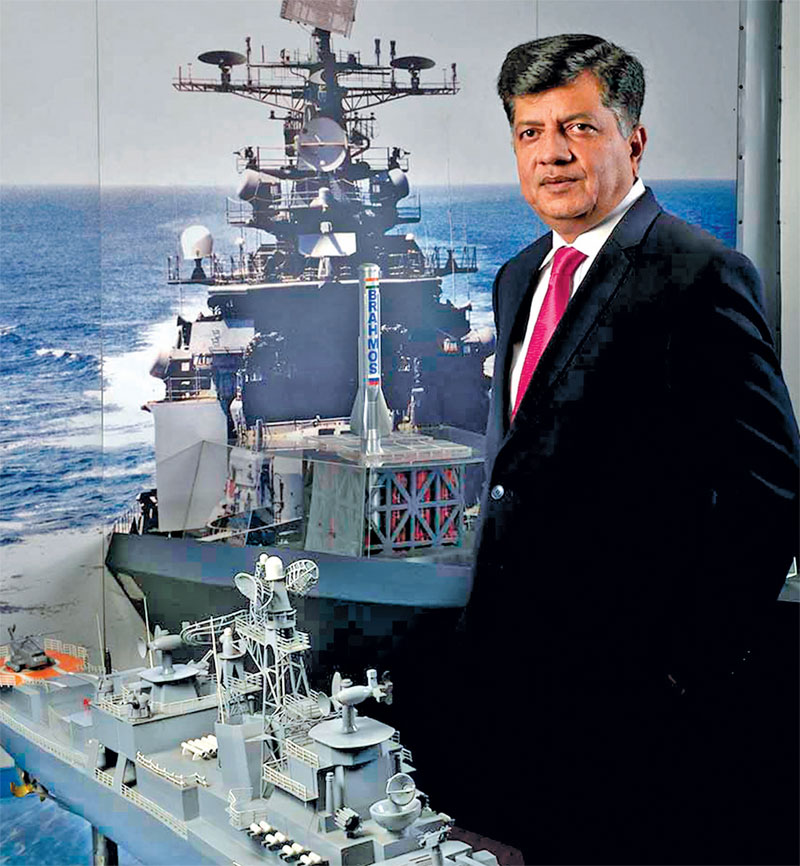 What all needs to be done including more flight tests before BRAHMOS air version enters service with the IAF? When is it going to be inducted in the IAF?

We have conducted many successful flight tests of BRAHMOS air-launched cruise missile from the Sukhoi-30 fighter platform so far. The first test was carried out on 22 November 2017 against a sea-based target in the Bay of Bengal. The second test was held on 22 May 2019 against a land target in the Car Nicobar Islands region. And most recently on December 17, we carried out the third successful flight test of the weapon in user configuration to revalidate its ship attack capability.

BRAHMOS ALCM has performed spectacularly well in all three flight tests and demonstrated its capability to hit the designated targets with perfect precision after being launched from the Sukhoi-30 in a clear and concise manner. The flight trials have successfully validated all software and hardware-related developments, including integration of the world’s heaviest and fastest cruise missile onto a frontline super-manouverable strike fighter of the air force. With successful completion of all activities, the design and development phase has been completed and due deliveries have commenced. The IAF on 20 January 2020 commissioned the Tigersharks squadron of Su-30MKI equipped with BRAHMOS-A to keep a ‘strategic eye’ over the Indian Ocean Region (IOR) to ensure peace, tranquillity and prosperity.

What all work was done indigenously on BRAHMOS air version and how much Russian help was sought?

A major share of the work on BRAHMOS-A was done indigenously. While the air-borne missile was jointly designed and developed by Defence Research and Development Organisation (DRDO) and NPOM as a modified variant of the original anti-ship configuration, the air-borne launcher (which is the world’s largest) for the weapon was designed by BrahMos Aerospace and developed by BrahMos Aerospace Thiruvananthapuram Ltd (BATL). We also developed the dummy missile for the programme to conduct initial drop tests. Hindustan Aeronautics Ltd. (HAL) was tasked to modify two Su-30MKI platforms for the integration of BRAHMOS ALCM.

We, along with all our industry partners, also carried out a series of exhaustive analytical and aerodynamic studies and related tests, such as wind tunnel tests and ground trials of the weapon-platform combination prior to undertaking the first demonstration flight which was conducted in June 2016. We got all requisite support, not only from our industry partners and DRDO labs, but also from the IAF and the government in successfully executing such a highly intricate, yet ambitious mission. We also developed the mission planning system in-house which allows optimum deployment of the weapon in a given operational scenario.


Which private sector companies were involved and in which areas in the production of the BRAHMOS air version?

A number of leading Indian private sector entities have been associated with the BRAHMOS-A programme like Godrej Aerospace which has provided airframes for the air-launched BRAHMOS missile. Similarly, L&T has been providing key aero-structural sections for the weapon. Then there is VEM Technologies which has supplied the power systems and stores separation articles for the air version BRAHMOS. M/s Ananth Technologies has produced guidance system. M/s Data Patterns has supplied Electronics & Control systems. There are several other private companies which have delivered various key components for the air-borne BRAHMOS.

What are the futuristic plans for the air version once the present configuration enters service?

We plan to design and develop an air-to-air version of the missile in the coming years. Also, our work on the next-generation variant of the missile (BRAHMOS-NG) with reduced weight and size is going to be a major development as this new weapon would arm a large number of present and futuristic air combat platforms, including India’s Light Combat Aircraft Tejas.