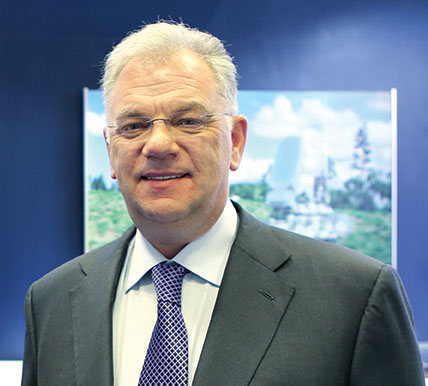 One of the major problems clouding the technical-military cooperation between Russia and India is product support that leaves much to be desired. What progress has been made on it lately, and what is your proposed roadmap?

I cannot join issues with you on this. Indeed, product support and maintenance are of paramount importance to India-Russia defence ties and yes, there is still a long way to go in terms of improvement. However, it is a complex issue made up of many components such as spares supply, logistics, service and maintenance work, upgrade and overhaul. At all stages of product support we are facing problems on both sides that should be tackled jointly by Russia and India. It would be wrong to say that the buck stops with Russia only.

The tender system launched in India some years back makes the ‘last purchase price’, the policy for procurement of spares. It does not take into account whether the winner of the tender is supplying good quality, original spares or not. Ukrainian, Polish, Czech, Bulgarian and even Israeli producers quote low prices but can’t guarantee proper technology and high performance of their spare parts, with some of the spares being second-hand. As their winning the tenders is based purely on the price they offer, this affects the product life-cycle support in a negative way.

A possible solution could be signing long-term contracts with the Indian Army, Navy and the Air Force that would enable our producers to plan their production volumes accordingly for a longer period and would also help keep the price offered by Russian original equipment manufacturers as low as possible.

Another important step could be signing a comprehensive service agreement based on the ‘one window’ principle for all major defence platforms (aircraft, helicopters, naval, engines, tanks and armour vehicles as well as anti-missile defence). It could help us establish more transparent, direct and fast product support. Unfortunately, we have not yet reached a full understanding on the matter, despite the fact that it is in the best interest of the Indian MoD and would help keep the Russian origin equipment in full capability.

I hope, we will soon harmonise our approaches and resolve the product support system issue.

India is also willing to start spare parts production under ‘Make-in-India’ so that its private sector players can, jointly with the Russian producers, manufacture spares and parts to the Russian equipment and systems supplied to India. We understand the need to develop the Indian private producers and we are willing to contribute to ‘Make-in-India’. The Russian-Indian Military-Technical Conference which is headed by the ministry of commerce and industry from our side takes a proactive approach to it.


At the last two sessions of the Indo-Russian Conference held on the margins of DefExpo 2018 (India) and the ARMY exhibition (Russia), a number of memoranda were signed between the Russian and Indian companies on the production of spares in India. Of course, it requires some time for all the necessary prearrangements to be made properly. I assure you, we are interested to increase the quality of product support no less than our Indian partners. I am sure we are just about to take a huge step forward in terms of product support and the talks we have held throughout 2018 will soon bear fruits.

What do you wish to accomplish both in strategic and commercial terms in 2019? What programmes with India will be implemented?

Our one and only strategic objective in terms of military-technical cooperation is to retain Russia’s leading role in the Indian defence market. Our relationship has seen decades full of landmark events and fruitful interaction. We will retain this highest level of trust and at the same time we ought to build upon the proximity between our countries and move further ahead.

It is very clear now that the equation based entirely on trade in final goods will change sooner or later. Russia and India should replace it by a fresh model based on industrial and technological cooperation under which joint projects, joint ventures and risk-sharing partnership will acquire more importance.

What subjects are covered under the military-technical cooperation between the two countries?

There are quite a few topics on the agenda today, including extension of license production of Su-30MKI and T-90S tanks; modernisation of MiG-29; our new contracts on 11356 frigates and S-400 ADMS and their timely implementation; technical support in shipbuilding; cooperation on BrahMos and, last but definitely not the least, building a more efficient system of support and maintenance of our equipment that was previously supplied to India. I am quite hopeful that we will make good progress on all those major bilateral defence issues in 2019.

What has been accomplished under Make in India in 2018?

Even though you are asking about the progress on ‘Make in India’ achieved in 2018, I cannot but answer your question with a bit of retrospection. Russia and India have been fruitfully cooperating under ‘Make in India’ for many decades and to mutual benefit. Dozens of high-tech defence products are produced, repaired and overhauled by Indian companies with our technical support. Take BrahMos as an example. The JV was established under an Inter-Governmental Agreement in 1998. The production has since excelled and now it has a full production scale of missiles and is vigorously advancing the R&D. By the way, in 2018 the JV conducted a number of successful tests for the Indian Army. Now they are exploring export opportunities. So, BrahMos is a huge success story though it is not the only one.

Last year, we started work on the Ka-226T joint venture. As any newly set-up entity it requires a lot of procedural arrangements and technicalities to be fixed.

And in 2018 we started negotiating another milestone joint project — setting up the production facility for Kalashnikov in India. We have made substantial progress on this in quite a short period of time. Hopefully, we will have it finalised soon.

Do you see the opportunities of military-technical cooperation with Indian private sector?

Yes, of course. Since it is the policy that the Indian MoD pursues I am sure there will be an increasingly broad participation of the Indian private companies in high-tech defence production.

However, we should bear in mind that most Indian companies in the private sector do not possess a lot of experience in this field. By this, I mean that they do not have a long record in production of any high-tech defence platforms, whether they are aircraft, helicopter, tanks and armoured vehicles, aviation engines or ADMS. All of these have been traditionally produced by state-owned Indian companies. And even when it comes to Indo-Russian recent high-profile projects like the construction of the 11356 frigates in India or the Ka-226T helicopter’s production based on agreement with the Indian MoD we still partner with state-owned companies.

On the other hand, we see vast opportunities of working with Indian private players, especially in production of spares and particles. While it would be good for their technological advancement, it would also help make our defence product support better and more time-efficient. Thus it will be beneficial for Indo-Russian military-technical cooperation.

Do you see the possibility of extending cooperation in basic research including new technologies like hyper sound or microwave weapons, experimental physics and material sciences?

I am confident that cooperation in science-based new defence technologies has bright prospects. Russia’s background in fundamental and, more importantly, applied sciences could contribute a lot to India that has made spectacular progress in sciences and can not only absorb but also multiply the achievements of the Russian scientists. In this sense, Russia and India have a good level of complementarity.

Importantly, the level of privileged strategic partnership that underlines Indo-Russian diplomatic relations enables us to develop joint research even in most sensitive fields of knowledge. I doubt that India would possibly get to this height with any other country and that your other partners will offer you same as Russia can.

Cooperation in R&D is mostly channelled via DRDO, but I believe there should be an increase in direct contacts between our universities and fundamental science and research institutions.

The Indo-Russian Intergovernmental Commission on Trade, Economic and Scientific Cooperation that in Russia is run by the ministry of economic development meets on a regular basis to enhance scientific and research cooperation between our countries. In defence-related issues, we fully endorse the activity of this commission.