The Leasing Option can be Most Optimal for Short-Term Urgent Requirements, Especially for Training Roles in Peacetime 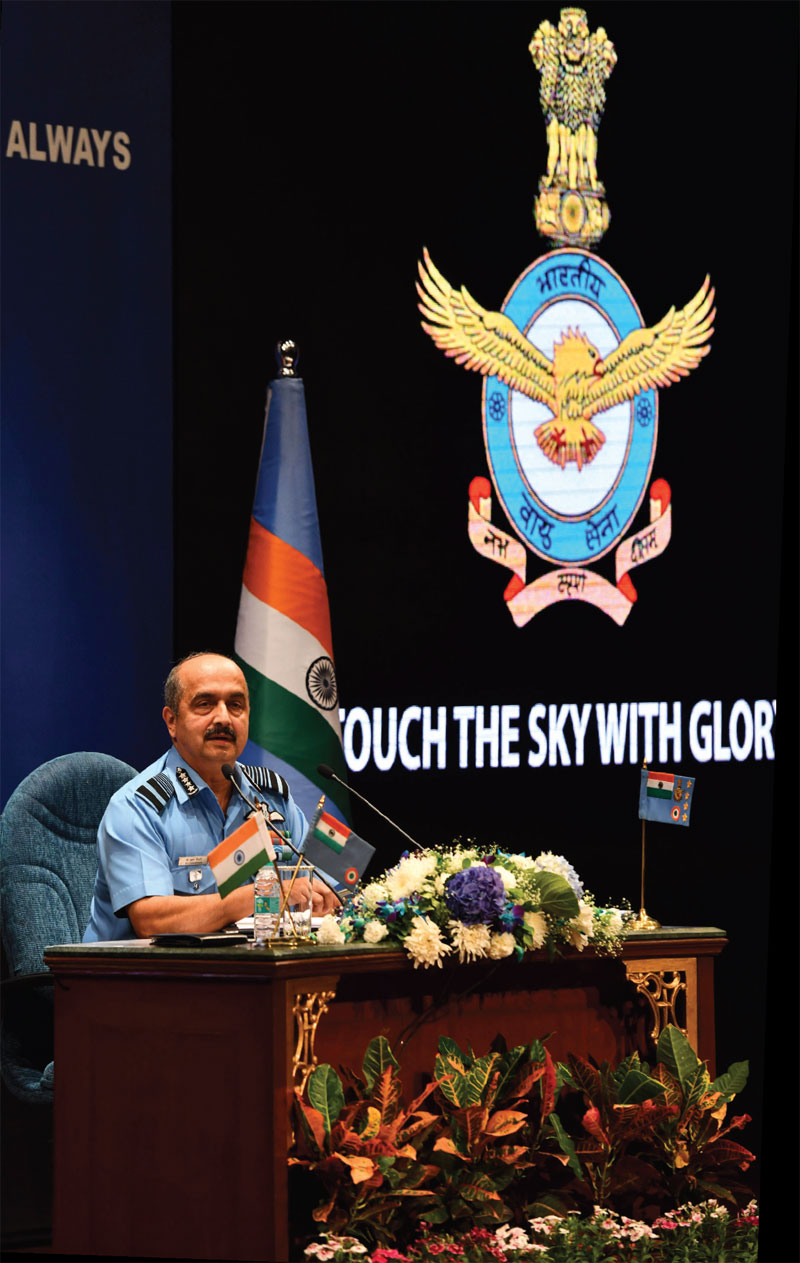 From the IAF’s perspective, what is the future of drone warfare? What anti-drone and counter-drone capabilities are being acquired, both through indigenisation and imports?

Recent use of drones in various conflicts has indicated their employability to achieve asymmetric gains. However, these have been in largely uncontested airspaces. The IAF approach to mitigate this imminent threat is through hard and soft kill options with indigenous solutions.

What has been achieved until now in the domain of network-centricity and data-linking, especially across domains, for instance, ground, air and space? Additionally, with cyber and electronic warfare emerging as new war domains, what steps are being taken to ensure the security of all assets and networks?

Digitisation in the IAF has been one of our key focus areas. The IAF pioneered this way back in 2006 with a secure PAN-India network. The IAF has invested heavily in Network-Centric Warfare applications for over a decade, and the effort has borne fruit. The IAF has a secure and reliable pan-India network (AFNET) which is the backbone of our Integrated Air Defence Command and Control system. AFNET enables multi-sensor data fusion covering the entire country and providing a real-time air situation picture to decision makers. We are upgrading such Critical Information Infrastructure (CII) via software defined networking keeping abreast of the latest global technologies. The IAF networks also host and link the electronic maintenance management system (e-MMS) and materials management system (IMMOLS), which are completely digitised for aircraft maintenance and sustenance chain processes. Both these enterprise-wide initiatives have resulted in significantly speeding up response and decision cycles.

The new DAP has recommended leasing as an option. And there is speculation that the IAF may opt for this to meet its trainer and FRA requirements. Is this being considered? What are the pros and cons of leasing vis a vis ownership?

IAF is pursuing a case for leasing of FRA. The RFI has garnered positive response from global vendors. We are also exploring the option of leasing BTA for ab- initio training until the indigenously developed HTT-40 is operationalised. The leasing option can be most optimal for short-term urgent requirements, especially for training roles in peacetime.

What is the IAF plan to maintain its combat numbers? There is speculation that MMRCA 2.0 may not go through and the IAF will strike a balance with more Su-30MKI, LCA Mkl & Mkll, the Rafale already contracted for and the AMCA when it comes. Is there any basis to this speculation? In how many years do you expect to operationalise armed unmanned platforms?

Phasing out of aircraft and procurement of new systems is planned in a phased manner in congruence with our acquisition process. The delivery of Rafale is expected to be completed shortly. Further, induction of LCA Mk-IA, additional Su-30MKI and MiG-29 aircraft are also under progress. Qualitative requirements for MRFA are being finalised and will be progressed. Induction of AMCA with indigenous Design & Development would add on to the IAF inventory. The IAF plans to upgrade its UAV fleet by arming it with suitable weapons.

Owing to various factors, like the Pandemic and the economy, budgetary allocations are not the desired level. Under these circumstances, how is the IAF balancing its existing commitments with the new challenges, especially since the Ladakh 2020 crisis?

Despite the effect of the pandemic on the economy, the IAF has sufficient allocation under the capital head. Our capital budget is more than last year. It has helped us to continue with our modernisation and also aided in building important combat capability. Acquisitions and upgradation are planned well in advance with Long Term Integrated Perspective Plan (LTIPP) on track for upgradation of aircraft, radars and weapon systems. The priority for the IAF remains 24×7 operational preparedness with its personnel and machines on required readiness to maintain a combat edge. The IAF has ramped up the assets via deployments and air maintenance task in support of Indian Army to meet the challenges in the northern sector.