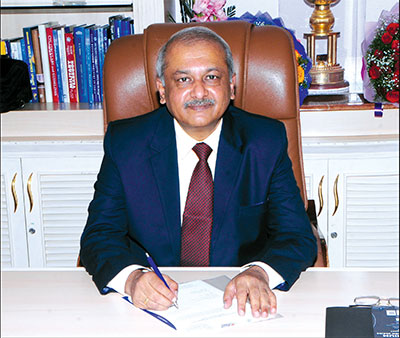 Tell us about the Joint Venture between Rostec, Russian Helicopters and Hindustan Aeronautics Limited (HAL)?

The Inter-Governmental Agreement which concluded on 25 December 2015 between the government of India and the government of the Russian Federation envisages supply of 200 Kamov 226T helicopters to Indian defence services (army & IAF) through a Joint Venture (JV) company in India. Accordingly, a Joint Venture company ‘Indo-Russian Helicopter Limited’ (IRHL) was incorporated on 2 May 2017 with the following stakeholding — HAL 50.5 per cent; Russian Helicopters 42 per cent; and Rosoboronexport 7.5 per cent.

Against a Request for Information (RFI) dated 9 May 2017, the joint venture IRHL has submitted the techno-commercial proposal for supply of 200 Kamov 226T helicopters and allied equipment. The proposal is under evaluation by the Technical Evaluation Committee (TEC). The JV is committed to commence deliveries as per the delivery schedule in the Request for Proposal (RFP).

Please give us an update on the LCA Tejas.

The Aeronautical Development Agency (ADA) handed over Drawing Applicability List and Equipment Standard of Preparation (SOP) documents to HAL on 31 December 2018, duly cleared by the Centre of Military Airworthiness & Certification (CEMILAC) to go ahead with the production of FOC standard aircraft.

HAL has also taken up the production of LCA FOC fighter aircraft after receiving the SOP and has planned to deliver all 16 FOC fighter progressively. For eight trainer aircraft (four each in IOC and FOC contracts), SOP is yet to be released for production.


In order to speed up the production of LCA, an investment of Rs 1,381 crores has been sanctioned by the government for the establishment of facilities for ramping up the production rate from eight to 16 aircraft per year. Additionally, a parallel production line is also established at Aircraft Division Bengaluru to support an increased rate of production. In addition, major assembly modules have been outsourced to private partners like DTL, Bengaluru (Front fuselage), Alpha Tocol, Bengaluru (Rear Fuselage), VEM Technologies, Hyderabad (Center Fuselage) and L&T, Coimbatore (Wings) to enhance the production rate.

What is the status of work done on Light Utility Helicopter and Light Combat Helicopter?

The Light Utility Helicopter (LUH) is a single engine, three-tonne weight class helicopter having Glass Cockpit with Multi-Function Displays. The LUH will be deployed for Reconnaissance and Surveillance role. The helicopter will be capable of flying at 220 Kmph; service ceiling of 6.5km and a range of 350km with 500 kg payload. LUH has also successfully achieved an important milestone of flying at 6 km altitude in Bengaluru on 7 December 2018, as a part of envelop expansion tests. Maiden flight of third prototype (PT3) of LUH was conducted successfully on 14 December 2018.

As part of LUH development activities, HAL has realised three prototypes and one Ground Test Vehicle (GTV) and one Break Away Fuselage (BAF). These three prototypes have cumulatively logged more than 170 flights. Extensive flight testing has been carried out to establish helicopter performance parameters. Sea level trials and hot weather trials have been completed as part of the development flight process. Presently, system level flight testing is under progress and it will be followed by cold weather, hot weather, and high-altitude trials.

The Light Combat Helicopter (LCH) is a twin-engine helicopter being developed to meet the need of combat helicopters for IAF. LCH has a high degree of commonality with ALH and has incorporated number of stealth features and crash-worthy landing gear for better survivability. The government sanction of Rs 376.67 crore for the development project was accorded in October 2006 and the first Technology Demonstrator (TD-1) made its maiden flight on 29 March 2010. A total of four TD helicopters are built so far. LCH has the distinction of being the first attack helicopter in the world to land in high altitude Forward Bases like Siachen.

After successful completion of flight testing for basic performance, rocket firing trials and turret gun firing trials have been carried out. The helicopter participated in the IAF’s ‘Iron Fist 2016’ exercise in March 2016 and displayed its rocket firing capabilities in its weaponised configuration.

The LCH achieved a unique milestone by successfully carrying out air to air missile firing on a moving aerial target on 11 January 2019. The tests were conducted in integrated test range at Chandpur, Odisha. It was a flawless mission that achieved a direct hit on the aerial target, destroying it completely. With this, LCH has successfully completed all weapon integration tests and is ready for operational induction.

IOC for LCH has been accorded on 26 August 2017 in the presence of the defence minister and production activities have been launched awaiting firm order. Quotation has been submitted against the RFP for supply of 15 LSP helicopters and quote is presently under evaluation.

What is the current status of IAF’s Jaguar DARIN III upgradation programme?

Three aircraft were inducted for design and development activities. Initial Operation Clearance (IOC) of Jaguar DARIN III was received in February 2017. All the flight trials towards Final Operation Clearance (FOC) of Jaguar DARIN III has been completed in December 2018. Presently, flight test report is awaited from IAF. Activities are in progress for certification. Activities for series upgrade of Jaguar fleet has been initiated at HAL.

Tell us about the Rudra attack helicopter?

The development project for Weapon System Integration (WSI) on ALH for Army/IAF and Navy was sanctioned in December 1998. Weapons and systems are to be integrated on ALH for Anti-tank, Anti-submarine Warfare, Combat Air Support roles and other unarmed roles. The scope of the project was revised in July 2005 to include integration of additional systems and the development and integration of high-powered Shakti engine. IOC for Army variant Helicopter was achieved in February 2013 and IOC for the IAF variant was received in December 2015. Anti-Tank Guided Missile (ATGM), Obstacle Avoidance System, IR Jammer, Nuclear Biological Chemical (NBC) sensor and Data Link which are yet to be defined / finalised by User and are proposed to be integrated under the ‘Phase-II programme of WSI on ALH’. As of December 2018, over 75 Rudra helicopters have been delivered to the Indian Army and the IAF.