BEL’s strategic and R&D plans have been made by defining a clear roadmap for the next three-five years, consisting of long-term projects / goals using AI and Big Data Analytics 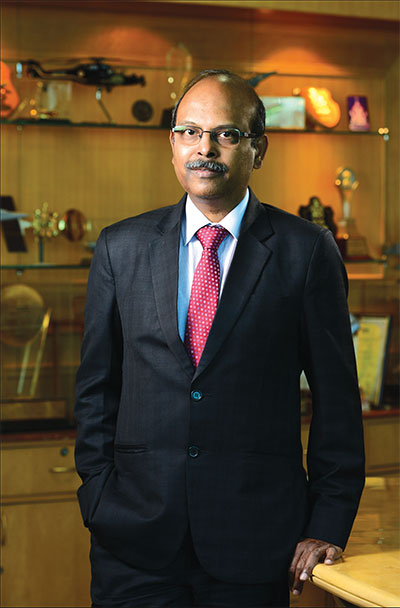 While CRL has built the Technology Demonstrator for first responder robots for land forces, do you have plans for robots for all the three services?

BEL has plans and roadmaps for robots for all the three services. From nano drones to combat UAVs, the unmanned aerial vehicles can act as a first responder robot for different applications. The autonomous amphibious and underwater robots are planned for future endeavours.

Considering the defence ministry has not given out its strategy for AI, which should ideally be part of the national strategy articulated by NITI Aayog, what constraints in terms of clearly defined roadmap, financial allocations, and collaborations with friendly foreign companies are being felt by BEL?

BEL being a Navratna DPSU that meets the defence forces’ requirements, venturing into collaborations will help reap immense benefits. Keeping pace with the changing environment and state-of-the-art technology has always been BEL’s strategy.

The learnings from the existing partnership with BEL-Thales Systems Limited, BEL’s Joint Venture company, will enable BEL to collaborate further with many other reputed foreign companies in the future. Also, BEL’s strategic and R&D plans have been made by defining a clear roadmap for the next three-five years, consisting of long-term projects / goals using AI and Big Data Analytics. We have also targeted 10-13 new AI enabled products per year to contribute to the turnover.


What are your planned projects for mission-mode AI in the next five years? Would you be seeking a foreign partner in these in addition to private sector, academia, and start-ups?

Does BEL have plans to do joint papers with academia in both AI core research and AI applications?

Yes. We have already tied up with most of the Indian premier institutions such as IISc, IITs and IIITs on collaborative R&D mode. Technical papers and white papers that are being published as part of the core AI work happening as part of these collaborations shall be presented and published as agreed upon between BEL and the partners.

What is BEL’s short, medium- and long-term plans for cyber space ecosystem by AI means?