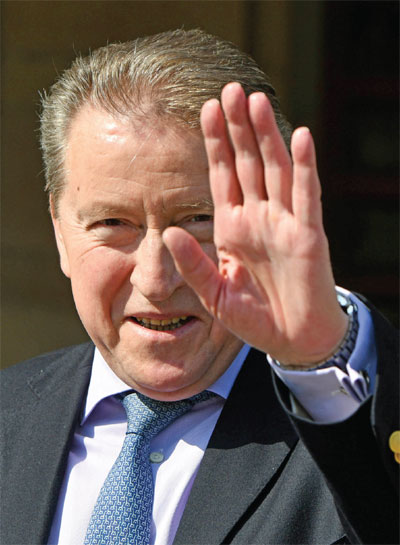 How do you assess the strategic partnership between India and Russia and how can it be further strengthened?

Strategic partnership between Russia and India is natural, it originates from common civilizational values, geographical location as well as historically strong mutual understanding, respect and affinity. That explains why the sky is the limit for us.

The special and privileged nature of the 20-year old strategic partnership determines multiple formats of our engagements. Globally, together we promote a truly multipolar world with greater role of major developing countries and emerging economies in the global governance. We are absolutely like-minded in terms of vital importance of strengthening of the United Nations and resolving global and regional challenges and conflicts collectively by political means according to the international law and the UN Charter. We are against any unilateral geopolitically motivated actions and illegal extraterritorial sanctions, which create nothing but instability, mistrust and unpredictability. This shared approach has vividly materialised in our growing coordination in various UN bodies, G20, BRICS, SCO, RIC, EAS, OPCW and other organisations.

Regionally, we endeavour to create a space of peace, harmony and prosperity, which stretches from Jakarta to Lisbon, by promoting the Great Eurasian Partnership, a broad connectivity framework with the participation of the Eurasian Economic Union (EAEU), SCO and ASEAN, EU and other interested associations. Hopefully, negotiations between the EAEU and India on establishment of the FTA will progress quickly.

Defence and energy cooperation are two pivots of the bilateral relations. Which agreements are likely to be signed in these areas in 2020? In which projects would Russia like to participate in the near term?

We enjoy the advanced level of the Russian-Indian military and technical and energy cooperation, which represent solid pillars of our strategic ties.

Over the past 60 years, we have emerged as the major defence partner of India. The number of contracts currently implemented comes very close to USD16 billion. Both sides are equally committed to their timely implementation, including supply of the S-400 air defence systems. Moreover, we continue moving to joint development and production of the most sophisticated platforms. We are very proud of the success of the JV Brahmos – upgraded missiles are of great demand in third countries, various options are on the table.

Russia will be the largest participant in the DefExpo 2020. Our delegation led by the industry minister Denis Manturov comprised about 50 officials representing different agencies and 450 exhibitors. More deals and bilateral arrangements are to be further discussed, including commercial contract for 200 Kamov-226 helicopters (60 will be supplied, 140 to be produced in India with more than 70 per cent of localisation). There is also a great scope of private sector cooperation provided by the 2019 agreement on joint manufacturing of spare parts, components, aggregates and other products for maintenance of Russian origin arms and defence equipment.


In energy, our flagship project is Kudankulam NPP in Tamil Nadu comprising six blocks, with the first two already successfully generating power for local consumers. Russia remains the only country, which is practically involved in construction of nuclear power reactors in India contributing to the Indian carbon-free energy security. This engagement also offers a scope for training, localisation and joint production as well as collaboration in third-world countries. We hope to expand and look forward to the announcement of the second site.

We have a solid experience in the hydrocarbon area as well. Amid huge mutual investment opportunities, which are currently explored, we are also moving towards new long-term arrangements for oil and gas supplies from Russia to India as a follow up of the Vladivostok summit last year.

What is the update on de-‘dollarisation’ or move to alternate currency for business between India and Russia?

The US dollar is increasingly distrusted world-wide. It happens due to irresponsible unilateral actions by those who by all means, violate international law and own commitments, and are now trying to impose their decision-making monopoly, especially in the Bretton-Woods institutions. Many other growing economic and political powers, suffering from unlawful pressure and unequal approach, are forced to find ways to eliminate the dependence on the outgoing financial architecture.

In 2018, more than half of our bilateral trade was in currencies other than US dollar, and about a third, in national currencies. Currently, both countries are deeply engaged in the dedicated financial dialogue in the framework of the bilateral Working Group on Banking and Financial Matters as well as in Brazil, Russia, India, China and South Africa (BRICS).

This is our natural choice, and it proved to be more efficient for exporters and importers of the two countries. Payments in national currencies reduce costs and risks of transactions. We are well positioned to continue this way. It also includes creating new options such as alternative payments systems.

Would Russia be interested in joint projects in new disruptive technologies like Artificial Intelligence, hypersonic systems, lasers and so on, similar to what it is doing with China?

These topics are very much in the agenda of our ties, where scientific and technological cooperation occupies increasingly considerable role. Our bilateral Integrated Long Term Programme of Cooperation, which is regularly updated, facilitates collaboration in the mentioned and other areas such as quantum computing, biomedical science and technology, robotics, theoretical and applied mechanics, mathematics and informatics, digital and space technologies, to name the few. Altogether, 120 R&D labs from Russia and India participate in the programme. We also welcome interest of the Indian partners to collaborate with the Skolkovo Foundation for the development of new innovative ecosystems.

All that requires us to further widen our cooperation in the field of education. A solid basis exists to facilitate bilateral exchanges with over 100 bilateral agreements have been signed between our universities. Among the most prominent educational establishments are National Research Nuclear University, Moscow Institute of Physics and Technology, Moscow Aviation Institute, Innopolis University. A good example of successful collaboration between several institutions is the Indo-Russian Centre of Excellence in Kolkata.

In your assessment how will Russia’s growing relations including in military and defence with Pakistan impact India-Russian ties?

Basic principles of the Russian foreign policy exclude a possibility of developing bilateral relations at the expense of others. Each and every country should be treated individually and independently, paying due attention to sensitivities. We don’t have any hidden agenda. So, we don’t see any such impact for India-Russia ties, which are unique and incomparable.

As we speak about the South Asian region, we are also focusing on collective efforts to ensure regional stability, security and sustainable development, which can be better achieved in the framework of the Shanghai Cooperation Organisation (SCO). We expect every member-state to make an effective contribution supporting a unified agenda, and it would be important to continue relevant dialogue with everyone.

Importantly, we don’t interfere in bilateral disputes, and our policy towards India-Pakistan disagreements remains consistent – we are in favour of the dialogue based on existing agreements, including Shimla Agreement and Lahore Declaration.

What impact would India’s ambivalence (or what it calls strategic autonomy) on concepts of Asia-Pacific and Indo-Pacific have on its membership in SCO?

We welcome the fact that the Indian contribution to the SCO is growing year by year. The decision of New Delhi to host the next Heads of Governments meeting later this year is especially encouraging, and we would like to reiterate our full support in making the event very successful.

Speaking on Indo-Pacific concepts, we welcome the Indian inclusive approach and its focus on deepening interregional connectivity, which comes in line with our Eurasian vision. However, there’s still no common understanding of such concepts, while some countries misuse them promoting creation of new alienation lines and bloc-based architectures. We maintain close and open-minded dialogue with India on them, both bilaterally and in the framework of multilateral formats.