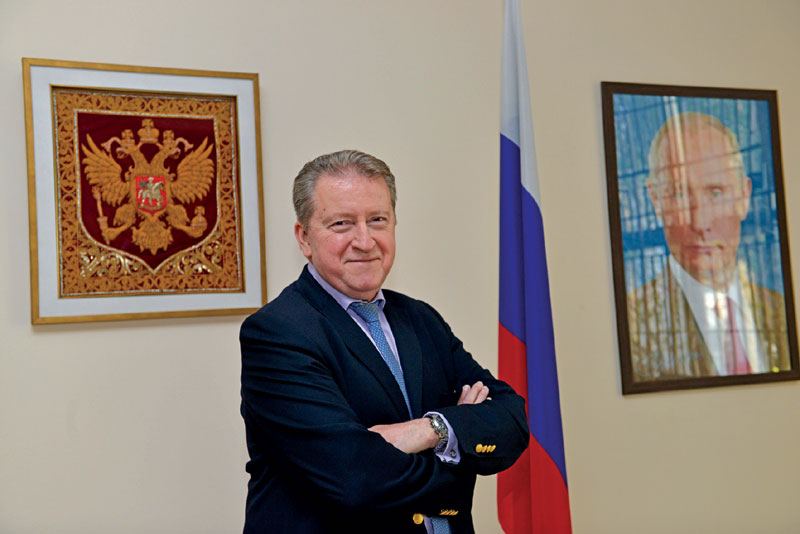 The trilateral Russia-India-China virtual meeting appears to have been successful. What were the important issues discussed at the meeting and agreed upon for peace in the region?

It was very important that the event took place on the eve of the jubilee Parade on the Red Square in Moscow dedicated to the 75th anniversary of the Victory in the Great Patriotic War.

It was, hence, natural that the agenda of the dialogue included important topics such as the need for strengthening the central role of the United Nations, its charter as well as international law.

The ministers observed cooperation in the framework of RIC. Along with the existing areas such as exchanges between think tanks, young diplomats as well as foreign office consultations, they agreed to consider expansion of practical cooperation in some other dimensions including defence. The first trilateral meeting between RIC defence ministers under the Russian chairmanship could take place by the end of this year.

Broadly speaking, we believe that the RIC format is very important because it helps to expand ties between the three countries, while such cooperation is not targeted against anyone rather than at building trust and stability in the Eurasian region.


Given that strengthening of SCO and BRICS was one of the issues discussed, how will these two frameworks be strengthened further?

Cooperation in the framework of Shanghai Cooperation Organisation (SCO) and Brazil, Russia, India, China and South Africa (BRICS) is the Russian foreign policy priority. Currently in 2020 Russia is chairing both, and we proposed to our partners a broad agenda how we can elevate multilateral comprehensive partnership to new heights.

Due to the Covid-19 situation, we have to reschedule some events including the summit level meetings of SCO and BRICS, which probably will be held later during this year.

In the framework of BRICS, we are planning to further enhance our strategic partnership in three basic areas: policy and security, economy and finance, humanitarian contacts. We are very proud to note that the potential of the New Development Bank is further increasing, while there is also a growing interest towards BRICS among the third parties. That is why we are traditionally planning to conduct ‘BRICS plus’ dialogue on the sidelines of the major summit.

We are confident that promotion of multi-faced cooperation in the framework of SCO would further serve the purpose of regional stability and sustainable development. Given the growing challenges and threats in the region, we are naturally focusing on counterterrorism cooperation, which is effective as well as dialogue against illegal drug trafficking, etc. Responding to the demand of a regional consensus on the situation in Afghanistan, we would encourage our partners for active participation in the SCO-Afghanistan Contact Group.

At the same time, we are looking at SCO in the broader Eurasian context as well. The organisation is working on expansion of partnership links with ASEAN and is further interested to establish dialogue with other regional fora in order to strengthen the Great Eurasian Partnership, which was proposed by President Vladimir Putin.