With the Withdrawal of the Western Companies from Russia, there is a Great Potential to intensify (Gazprom-OVL) Partnership 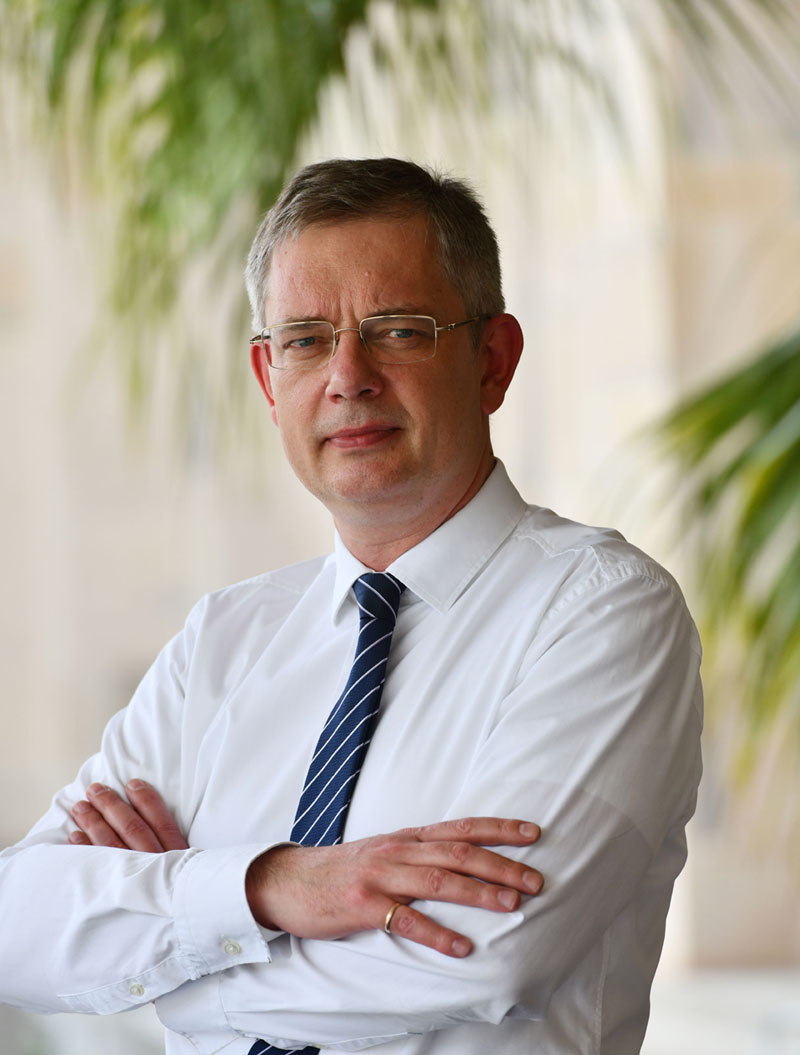 What were the reasons for Russia’s special military operations in Ukraine?

In order to understand the current situation around Ukraine, let’s be very clear: the Russian special military operation has been neither unprovoked nor unjustified as our critics repeat time and again.

It was precisely provoked by a deliberate decades-long NATO expansion eastwards moving the military potential of the bloc closer to the Russian borders in violation of its own commitments. It was accompanied by the US unilateral withdrawal from basic strategic regimes (AMD, INF and Open Skies treaties, to name a few) as well as the Western intended attempts to play the Ukrainian card against Russia by supporting the anti-constitutional coup in Kiev in February 2014 bringing to power the extreme anti-Russian nationalists and Neo-Nazis, who ultimately were preparing to solve the issue of Donbass—the region that since then have been resisting the policy of Kiev—by force.

The Western curators of the regime chose to turn a blind eye on genocide against the Russian-speaking population of Ukraine and to ignore Moscow’s red lines with regard to militarization of the country by continuously supplying thousands of tons of military equipment. Don’t buy the mantra that NATO is a non-aggressive defensive alliance. Towards Russia it has always been both aggressive and hostile hiding the incessant expansion behind convenient rhetoric of its voluntary nature. Russia has been identified in NATO Charter as an enemy that says it all.

The Russian special military operation is the extreme step we had to take after Washington and other NATO members dismissed the Russian proposals for negotiations on security guarantees according to the commonly agreed principle of indivisibility of security.

In such circumstances, Russia was left with no other choice but to respond accordingly. Our primary goals are to protect the people of Donetsk and Lugansk (according to the treaties of friendship, cooperation, and mutual assistance signed between Russia and these republics after their recognition by Moscow in February 2022), demilitarize and denazify Ukraine, which should retain its neutral and non-nuclear status and refrain from joining any military alliance.

Russia’s military operation is not designed to occupy Ukraine, destroy its statehood or topple its government. Our military forces fulfil the goals in a precise and accurate way, sparing civilians and protecting them from neo-Nazi battalions. To this end, humanitarian corridors are open daily. Regrettably, not all residents can use them—Ukrainian troops do not allow citizens to leave combat areas and use them as a human shield, which is clearly a terrorist tactics.

The conflict would have ended by now had it not been for the Western continuing massive weapons supplies to Ukraine and the launch of an unprecedented anti-Russian diplomatic, information and sanctions war, endangering the stability of the global economy.

We wish this crisis had never started. Unfortunately, the political solution gets extremely complicated by the US puppeteering of the Ukrainians. The US is clearly pursuing its long-standing agenda to weaken Russia and apparently decided to continue the war until the last Ukrainian.

How will these operations likely impact upon the new world order?

The ongoing Ukrainian crisis has openly exposed the long-standing intention of the US to retain its domination in global affairs and impose a unipolar world order at any cost. Countries around the world are being pressurized and blackmailed to join the anti-Russian policy even at the cost of their legitimate national and economic interests.

In reality, it is getting a strong inverse effect among many nations in Asia, Africa and Latin America, which have prioritized multipolatity and kept struggling for democratization of the global governance and safeguarding civilizational, cultural and political diversity based on universal principles of interstate relations enshrined in the international law and the UN Charter.

This has been the case for new centres of power such as Russia, India, China, South Africa and Brazil. These countries strongly favour a just and equal polycentric world, which has already become a reality and manifested in the UN, G20, BRICS and other fora. Ignorance of this reality is nothing but an attempt to reverse the course of history.

What will be the impact of these operations on Russia-India-China format, which was started at Moscow’s initiative?

The Russia-India-China format holds great significance and potential. The trilateral cooperation is vital to promote stability and sustainable development in Eurasia. Globally it is well positioned to support multipolarity endeavours.

Our approaches to core international issues, the agenda at the UN, G20, BRICS, the SCO and other fora are very similar or coinciding, especially when it comes to the central role of the UN, the search for balanced solutions to the challenges of climate change, multilateral trading system, resolution of regional crises, etc.

Certainly, there’s a big scope for further dialogue and practical cooperation given that Russia, India and China are the largest countries in Eurasia and key global players in terms of their population, size of economies, human capital, innovative and industrial potential. Expansion of a common ground between the three countries, including on the issues of counterterrorism and Afghan settlement, would further contribute to peace and security in the Eurasian space.

We are committed to support the development of RIC format based on the achievements of the Indian presidency last year to deepen our mutual understanding and productive interaction as well as our positive and unified agenda, which is especially critical in the current turbulent global environment. We also believe that it is a good time to resume the practice of trilateral summits.

How do you access the future of the Rupee-Rouble trade bypassing SWIFT?

This mechanism is not at all new. For the last decade, the trade in national currencies between Russia and India as well as with other countries has been gradually expanding. The transition to the SWIFT’s alternative banking information exchange system can be rather smooth.

Definitely, it will be more secure, cost-effective and independent from any sudden desire of the US to illegally use the predominance of dollar as a reserve currency as a tool against unwanted countries. Yesterday it was Iran, today it is Russia, tomorrow it will surely be someone else. There is a clear pattern of coercion.

Generally speaking, this year we expect the transactions in national currencies to exceed the same in universal currencies. The understanding that the US dollar or euro have become instruments of geopolitics and unilateral sanctions is noticeably expanding as other countries are inclined to forward a system of trade and financial relations that would not be challenged by unstable external factors.

Do you see better possibility of OVL’s cooperation with Gazprom?

The Russian-Indian interaction in the oil and gas sector is one of the cornerstones of our bilateral cooperation. For decades it has been a strong factor of the regional energy security meeting legitimate national interests of our countries.

The forward-looking partnership between PJSC Gazprom and ONGC Videsh Limited (OVL) is of a long-term nature since the Indian corporation has been present in the Russian market successfully implementing various projects for many years.

With the withdrawal of the Western companies from Russia, there is a great potential to intensify this partnership, including by the increase in purchases of energy resources, reciprocal investments, exploration of new perspective oil and gas fields as well as cooperation in third countries.

There are reports that military product support, which includes upgrade of various platforms, will get affected by the Ukraine operations. What are your views on this?

Over decades, the Russian-Indian defence cooperation has been a pillar of the bilateral special and privileged strategic partnership. It is not only about the fact that it has successfully reached the level of promising joint ventures and sophisticated technologies exchange, but also about tremendous mutual trust and reliability. It fully suits the Indian interests under the ‘Make in India’ and ‘Atmanirbhar Bharat’ programmes. Projects like T-90 tanks, Su-30 MKI jets, AK-203 rifles and BrahMos cruise missiles speak for themselves.

When it comes to military product support and after-sales maintenance, we pay a lot of attention to advance relevant legal and regulatory framework. The dedicated inter-governmental agreement of 2019 is very instrumental to involve private sector, establish relevant facilities in both countries and promote services and supplies to third markets. The defence cooperation programme till 2031 has become a substantial achievement in this regard.

Russia is committed to fulfil all its obligations in a timely manner. We do not expect that the situation around Ukraine will affect our partnership. Even now, when global trade, production and logistics chains are under pressure as a result of the Western sanctions campaign, our agreements are being steadily implemented.

How is Russia going to balance its emerging Pakistan relationship with the traditional Indian ties?

For Russia, the relations with both South Asian neighbouring countries are based on their own merits, scale and history. From this point of view, they are absolutely incomparable. As a key world power, India is Russia’s special and privileged strategic partner.

In the globalized world, Russia like India pursues a diversified foreign policy. The importance of South Asia as part of the common Eurasian space in the regional affairs is continuously growing. We all are members of the SCO, which wields tremendous potential to deal with common challenges, specifically emanating from the situation in Afghanistan, and to pursue a unified agenda to promote stability and sustainable development.

At the same time, there should be no doubt in Russia’s deep understanding of the regional sensitivities. While we are supportive of the dialogue efforts between New Delhi and Islamabad, our position with regard to their disagreements remains unchanged: amicable solution should be found in accordance with the Shimla Agreement and the Lahore Declaration and without any external interference.

What role can Russia play in improvement of India-China relations? Both India and China are Russia’s priority strategic partners bilaterally, regionally and globally, and we remain sincere well-wishers to the improvement of relations between the two Asian giants. Any attempts to use bilateral problems for geopolitical purposes, which are undertaken by some outside powers, are unacceptable as they lead to creation of new alienation lines in the regional architecture.

The visit of Chinese Foreign Minister Wang Yi to New Delhi earlier in March this year was of great importance as it has become a positive indication that both sides are committed to de-escalate the border situation in Ladakh and to restore a constructive dialogue.

Russia is putting a lot of efforts to create favourable conditions to expand a common ground between India and China, for which fruitful cooperation in our common multilateral platforms can be very useful. We are looking forward to the relevant opportunities in this regard under the current Chinese chairmanship in BRICS and RIC.