‘We have taken a dual approach of making equity and non-equity investments in support of Make in India. We partnered with TASL to establish a JV that is producing aerostructures in India, for the world’ 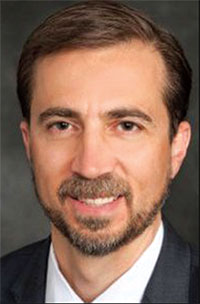 Boeing’s offering for MMRCA 2.0 is the F/A-18E/F Super Hornet. How does the F/A-18 meet the IAF’s requirements? What about the F/A-18 being offered to the Indian Navy as a carrier-based fighter?

With advanced technologies and multi-role capabilities, the Super Hornet, introduced in 2007, is perfectly suited to meet the needs of the Indian Air Force (IAF) and the Indian Navy now and in the future. Its multi-role capabilities, advanced technologies and low acquisition and sustainment costs make the F/A-18 Super Hornet the clear choice for India.

The F/A-18 Super Hornet was designed from day one for carrier operations and remains to this date, the world’s preeminent carrier capable aircraft. It is a combat proven, supersonic, all weather multi-role fighter jet with a defined US Navy flight plan to outpace threats for decades to come. So far, every Super Hornet has been delivered on cost and on schedule to the US Navy. With designed-in stealth, an Active Electronically Scanned Array (AESA) radar and many other advanced technologies that are ideal for mission requirements of the naval aviator, the F/A-18 Super Hornet is the most advanced aircraft of its kind in operation today and will provide immense operational benefits to the existing and future force structure of the Indian Navy.

With government to government concurrence, future F/A-18 Super Hornet upgrades can be co-developed with India, maximizing performance, affordability, indigenisation for decades. The impact will be transformational – building a NextGen warfighter in India and a 21st century aerospace ecosystem with Hindustan Aeronautics Limited (HAL) and Mahindra along with Boeing industry’s partners.


With robust capability growth plan, the Super Hornet is the best aircraft to get to India’s Advanced Medium Combat Aircraft (AMCA) program. Boeing will work closely with Indian industries to ensure they have the very latest technologies, applying lessons learned from the current Super Hornet production line.

What is the status of the Apaches being sold to the Indian Army?

What level of indigenisation will the Indian Army’s Apaches have?

We will defer this response to our customer. Boeing will work closely with the Indian Army to ensure that we meet their requirements in the best possible manner.

The IAF is set to receive their Apaches and Chinooks this year, how do you foresee 2019 in terms of deliveries?

Boeing has a proven track record of delivering on its commitment as per agreed schedules. We will continue to deliver capable and advanced platforms to our customers around the world on-schedule.

How are the offset requirements being met for the Apaches and Chinooks?

We are working closely with the Indian government to ensure that all our offset requirements are met in a manner that is beneficial to India’s growing aerospace and defence ecosystem. Boeing has exceeded all contractual offset milestones to date. Boeing has the best track record of delivering industrialisation, performance and investment across the entire Indian aerospace ecosystem.

Is the IAF looking to procure more C-17s?

The formalities and modalities for the final C-17 Globemaster III for the IAF have been completed. I am pleased to share that the final C-17 will be delivered to India soon.

There is a lot of focus on the indigenisation now. In the defence aviation sector, what partnerships do you have with the Indian companies?

Boeing values India as a key aerospace market and is committed to enhancing our footprint and long-standing relationship with the Indian government and industry. The pace and depth of our engagement through products, services and partnerships have increased significantly in recent years.

We are focused on our Indian partnerships to fully harness productivity opportunity in India to deliver more-for-less (more capability and fuel efficiency for less cost) to our customers worldwide. In that sense, ‘Make in India’ has become a win-win mantra for us. We have taken a dual approach of making equity and non-equity investments in support of ‘Make in India’. We partnered with Tata Advanced Systems to establish a joint venture that is producing aerostructures in India, for the world.

But it’s important to note that non-equity partnerships also can help grow the defence industrial base.

Additionally, our Super Hornet offering for India co-opts the expertise of a public-private partnership with HAL and Mahindra Defence Systems. The partnership will harness productivity opportunities in India to deliver more-for-less (more capability for less cost) to our Indian customers and worldwide. This partnership with create jobs and industrial capacity in India and also helps Boeing stay globally competitive.

Boeing has invested millions of dollars in supplier development, training, tooling and quality systems at Indian suppliers without taking an equity stake, and we continue to increase our partnerships with public and private companies. Boeing is working with 160+ Indian suppliers to provide advanced, complex components and subassemblies for our commercial and defence aircraft. Boeing has quadrupled manufacturing and sourcing activities in India and we plan to surpass a billion dollars of sourcing from Indian suppliers.

What major challenges do you face while doing business in India?

India’s defence offset policy has the potential to accelerate ‘Make in India’ for Aerospace and Defence if a few relatively simple adjustments can be implemented. There is a greater opportunity to make offset policy more potent for manufacturing world-class aerospace and defence products in India at globally competitive costs and quality. It is critical to reform, rethink and reset the offset policy, its practical implementation so as to lower barriers and release the full potential of India’s capacity and capability to become a global player in aerospace and defence.

The first step is to reform the policy that’s already in place. Steps to reform the current policy include: creating capacity to efficiently manage and monitor defence offsets, extending the offset period of performance to grow complex high-technology projects that require significantly longer time to deliver, facilitating creation of a skilled workforce by allowing skills development as an avenue for discharging offset obligation, broaden the aperture by allowing group and subsidiary companies of the Original Equipment Manufacturers (OEMs) to participate in discharging offset as often Intellectual Properties reside within group companies and subsidiaries of OEMs, creating a practical definition of the India value addition to grow sourcing of sophisticated components for which raw materials are not yet available in India, allowing uncapped participation by OEMs’ Tier-1 suppliers to enable India to become a global centre of excellence in areas such as avionics, jet engines, radars, etc., modifying the penalty clause to be more in line with global standards which evaluate the offset performance at programme completion and have liquidating penalties.

The second step is to rethink how the offset policy can be aligned with the strategic vision of growth in India. Rethinking step should be holistic which encourages OEMs to create a complete ecosystem for development of Aerospace and Defence Industry in areas such as R&D, engineering, manufacturing and follow on support. As an example, the ministry of defence could incentivise FDI in the aerospace and defence sectors by providing a balanced offset multiplier. Low multipliers will provide very little incentive to global OEMs to make investments for offsets, whereas very high multipliers would not create the desired economic impact. Offsets should also be allowed for future products that are built as a result of this investment. Providing offsets for only the investments made can result in the development of orphan projects.

The third step is focused on evolving offsets so they can advance beyond a tactical administrative exercise of paperwork and approvals into a strategic initiative focused on meeting larger objectives of the Indian government and industry. The government could set a vision of what is needed in India, and the global OEMs could then partner with the government and local industry to deliver on this vision by creating capabilities and opportunities within the country. This could result in a mutually beneficial outcome for all stakeholders – including the Indian government, Indian industry and global OEMs.

India has tremendous growth potential in the aerospace and defence industry. Offsets can become the catalyst it was intended to only if they are Reformed, Rethought and Reset.

Any updates on Boeing’s Global Services programme for Indian procurements? What about training and support for the platforms being delivered this year?

Executing on commitments to customers on schedule and cost is Boeing’s number one priority. The Indian Navy and IAF can be assured of achieving exceptional operational capability and readiness of their P-8I and C-17 fleet. Boeing aircraft in India are experiencing high mission readiness rates of 85 per cent. Boeing’s investments in services infrastructure, the build-up of local capability and workforce and local partnership models is accelerating our strategy.

The P-8 and C-17 have demonstrated an excellent record in supporting the missions they have been deployed for and the forces have expressed satisfaction about their operational readiness. Both aircraft were at the forefront of rescue and humanitarian aid efforts.

Boeing is working with the IAF and Indian Navy to provide training and support of Boeing aircraft such as the P-8I, C-17 and the Head of State aircraft. C-17 GISP programme has become a model for the future of sustainment.

The C-17 Simulator Training Centre, established by Boeing and Mahindra Defence Systems to provide training services to the IAF, completed over 1700 hours of training for aircrews and loadmasters that operate the C-17 Globemaster III in July 2017. The Centre has maintained a serviceability state of 100 per cent.

Boeing anticipates additional opportunities to work closely with the air force to cater to their training and support needs for the soon-to-be-inducted AH-64 Apache and CH-47 Chinook.

Additionally, Boeing is also in the process of setting up a training centre for the mission and maintenance crews that operate the Indian Navy’s P-8I fleet.