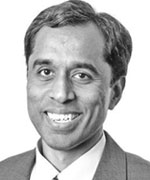 India has among the largest defence industrial complexes in the developing world. It consists of 39 Ordnance Factories (OFs) and nine Defence Public Sector Undertakings (DPSUs) under the administrative control of the ministry of defence (MoD). Further, there are over 150 large, medium, and small-sized companies in the private sector. In addition, there are around 50 dedicated research laboratories and establishments forming the Defence Research and Development Organisation (DRDO), the research and development (R&D) wing of the MoD.

India is one of few countries to have designed and produced (albeit with some outside assistance) a fourth-plus generation fighter aircraft, nuclear submarines, main battle tanks, and intercontinental ballistic missiles with a range of more than 5,000km.

Despite this infrastructure, India continues to be overwhelmingly dependent on arms imports to meet its defence requirements. The target of 70 per cent self-reliance in defence procurement set for 2005 is yet to be reached. Currently, India’s self-reliance in arms stands at around 30-40 per cent.

Even in the equipment being designed and manufactured domestically, the indigenous content is extremely low. The Comptroller and Auditor General of India (CAG), in a 2011 report to the Parliament, had commented adversely on the 90 per cent import dependency of the state-owned Hindustan Aeronautics Ltd (HAL) for raw materials and bought out items used in the production of the Advanced Light Helicopter (ALH)—touted as being indigenously designed and developed—even though it had been in production for over a decade.

The Salience of Arms Exports

The MoD’s department of defence production (DDP) recognises the urgent imperative to rapidly accelerate the process of achieving self-reliance in defence equipment. A policy document (available on DDP’s website) ‘Strategy for Defence Exports,’ recognises that large investments in local R&D and production would not be viable if it is intended to only cater to domestic demand.

The policy document highlights that ‘though India has made rapid strides in defence technology and industrial base in recent past, it is yet to cover a significant ground in terms of new products development and scale of production. The domestic defence industry would have limited scope for investment in R&D and production if it relies only on the domestic demand.’

Investments in defence technologies are capital intensive and provide returns only in the long term. Also, such investments are viable only when, together with catering to domestic demand, exports, which provide economies of scale are also pursued vigorously. The DDP document goes on to state that ‘the policy of maximising indigenous production without well supported R&D policy and export strategy may not bring desired results. Therefore, the defence industrial policy has to be supplemented by the strategy for defence exports without which the economic base of the defence industry would be difficult to sustain in the present economic competitive environment.’

Today’s leading defence manufacturing countries have a long, established track record and history of arms manufacture and supply, that at least in the modern era, can be traced back to World War I. These countries developed and then tested, in combat, the arms that they manufactured.

The global geopolitical environment, the ultra-competitive arms market, and the ineluctable requirement to pursue arms exports (for economies of scale) to build a sustainable enterprise necessitate constant investment in R&D for newer technologies to make weapons ever more potent.

In such a scenario, how realistic are India’s defence export ambitions? India has no credible track record of arms development, manufacture, or export to boast of. According to information available on the MoD/DDP website, the value of export by DPSUs, OFs, and private defence industry for the financial year 2020-21 was a paltry Rs 8434.83 crores or approximately USD 1,124 million. Just to put the amount in context, a single Krivak class frigate ordered from Russia in 2016 cost India USD 1,120 million with the total deal for four frigates costing USD 4.48 billion. The DDP has set itself a target to increase arms exports to Rs 35,000 crores (USD 5,300 million) by 2025. This would mean that during 2020-25, exports need to grow at a compound annual growth rate (CAGR) of nearly 40 per cent.

Domestically produced equipment suffers from a large number of quality issues. The Indian Army has repeatedly rejected an Indian-made rifle after it reportedly failed quality tests. Indigenously developed critical equipment like the Arjun tanks, the light combat aircraft, and even bullet-proof jackets are often not used because of performance issues.

If India’s defence industrial complex is to achieve export targets, it would first need to design and develop arms that are accepted for induction by its own armed forces.

Currently, the Indian defence complex’s design-to prototype-to final production cycle takes decades. Consequently, most of the equipment developed, often contains outdated and sometimes obsolete technologies at the induction stage itself. To be able to target the export market—the design to production cycle needs to be shortened and brought on par with global standards.

Although co-production and licensed production of arms with recognised manufacturers help acquire new technologies and new skills, such arrangements delay the attainment of self-reliance and export goals, since such contracts inevitably contain restrictive IP and licensing fee clauses. Indigenous arms development, their induction by the armed forces, and actual, extended field service is the only credible means of demonstrating indigenous arms manufacturing ability.

Customers rely on ‘cues’ that reveal the qualities of the product. The most important cue in arms purchases is the proven, successful record of their use by the exporting country’s own armed forces. The Indian MoD too, in its requests for proposal (RFP) for arms procurements, incorporates a clause that makes it mandatory for bidders to furnish proof of successful deployment of the equipment with the armed forces of the manufacturer’s country and with armed forces of other countries.

Once a proven track record of arms manufacture is established, India will also need to overcome the negative country-of-origin association. Globally, India does not enjoy a favourable reputation for either high-quality engineering, modern manufacturing, or product reliability. Academic research has conclusively demonstrated that country of origin, provokes powerful customer reactions depending on how the customer views the country. Germany has a reputation for high-quality engineering and product reliability, the USA for innovativeness in technology, France for style and fashion, Japan for process innovation, etc. Such perceptions have a positive halo effect on the sale of all categories of equipment (including armament) made in these countries.

Additionally, research also shows that customer perceptions lag behind reality. For example, independent testing agencies give high ratings to South Korean consumer electronics and cars, but customers themselves do not. Hence, even after India achieves self-reliance in arms, through domestic production of high-quality and reliable arms, a lag in their acceptance by other countries is to be expected.

The perception linked to the country of origin comprises six dimensions—quality, innovativeness, aesthetics, prestige, price/ value and social responsibility. Few countries rate favourably on all six dimensions. Germany comes closest, even though it does not rate high on price (it does not need to rate high on price given its strengths in all the other dimensions). India rates low on all the dimensions except on price. However, poor quality will mean low value for money and hence low price alone will not enable India to sell its products—especially arms.

Persuading prospective customers to change strongly held perceptions is difficult. It will be doubly difficult in the case of arms purchases—seen as being critical for the defence of the nation, besides being high-cost purchases. In such a situation, a focused strategy is required to change the existing negative perception. This is only possible by speedily reducing dependence on arms import, by the field deployment of arms that are indigenously developed and manufactured, and which are globally competitive on technology, quality, performance, and value.

The pace at which, the unfavourable country perceptions are changed, can be accelerated by highlighting some positive nuggets of strength to build acceptance of India as a brand. In India’s case, it is the country’s recognised pool of talented technical manpower and its acknowledged strength in software development that can be used as positive nuggets. These nuggets will offset, partially or fully, negative country perceptions and accelerate brand acceptance.

China is rapidly expanding exports to the Middle East, Africa and Latin America. China’s arms have been criticised for lacking global appeal. Detractors point out that over 70 per cent of its arms exports in the last five years went to just three countries—Pakistan, Bangladesh, and Myanmar. However, this criticism is unfair since even ‘mature’ exporters like the USA and Russia are dependent on a few core customers. The mature and the new-entrant exporters, amongst themselves, currently receive the custom of almost all the arms-importing nations of the world and are strongly entrenched with their core customers.

Reversing the negative perception and building a positive one will take time. Subsequently, the export of arms will require concerted efforts from the government, industry bodies, and the arms manufacturers, to persuade prospective customers to break ties with their existing arms suppliers and transfer their custom to Indian manufacturers. The existing suppliers well-entrenched with their customers will, understandably, not cede space easily.

India needs to formulate and execute a thought-out strategy to first, urgently, address all the issues impeding the attainment of self-reliance in arms, even as it prepares to act on its arms export ambitions. Clearly, for India, a long hard path lies ahead—for it to realise its goal of becoming a credible exporter of defence equipment.