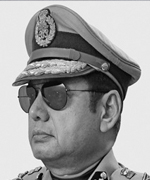 The recent test of the Chinese Hypersonic Glide Vehicle (HGV) has unnerved most of the world. The HGV could potentially render all existing ballistic missile defences (BMD) useless and thus lead to instability in the world. The Russians have already marched ahead with their Avangard HGV.

The Americans are particularly nervous because this is technology they are yet to master. Their third attempt on 28 September, 2021, with Lockheed Martin’s prototype, ended in failure. While the missile successfully separated from the B-52H bomber, the rocket did not ignite.

Given their complexity, hypersonic glide vehicles remain a mystery to most.  We try to explain what they are, how they differ from conventional ballistic missiles and what they can do.

Conventional ballistic missiles operate on the same principle as employed for firing a gun or throwing a stone. You impart a high velocity to a bullet, shell or a missile. Depending on its initial velocity, the projectile can travel anywhere from a few yards to a few thousand miles following equations of ballistic trajectory that students routinely solve in high school.

The father of all modern military missiles and space-research rockets is Nazi Germany’s famous V-2 (Vergeltungswaffe-2 meaning Retribution Weapon-2) ballistic missile. After the fall of Germany, in a secret program called Operation Paper Clip, more than 1,600 Nazi scientists including 126 principal designers, were taken to the US to work in their nascent rocketry programme. Three hundred rail-car loads of V-2s and their parts were shipped to the US, where they laid the foundation of all their future liquid-fuel rockets and missiles.

Yet another legacy of Nazi genius

The V-2 was not the only great contribution of Nazi Germany to the science and technology of weapons. In their quest to develop ‘wonder weapons’ they pushed the boundaries of human intellect. They made the world’s first assault rifle Stg-44; the world’s first military jet Me-262; and the world’s first cruise missile V-1, besides some futuristic systems that could not materialize at that time for want of appropriate technology.

One such futuristic system was envisioned by a genius called Eugen Sanger. An Austrian-born aeronautical engineer, Sanger was a member of the Nazi party as well as the notorious SS Gestapo!

Sanger was obsessed with bombing the American mainland from across the Atlantic. A grandiose idea – in an era when flying a missile across the English Channel was regarded a great achievement. Sanger realized that ballistic missiles had inherent limitations of range. Making them bigger and bigger, increased both cost and complexity prohibitively.

Sanger proposed a novel idea — as out-of-the-box as it could be. In principle, his idea was somewhat like the game of Ducks and Drakes. Kids throw a flat piece of stone at a shallow angle, on a huge expanse of water. Instead of sinking in the water, the stone skips on it several times. Travelling much farther than it would, if thrown in the air.

In Sanger’s mind, the flat piece of stone in Ducks and Drakes, was replaced by his pet ‘Amerika Bomber’ project. The expanse of water became Earth’s dense atmosphere. And the air in Ducks and Drakes was replaced by the rarefied air or near vacuum of outer space. Since regular air-breathing engines cannot operate in vacuum, Sanger’s bomber would require rocket engines or specialized jet engines. How would it reach outer space? Well, a rocket would lift vertically from the ground and take it to about 150 km up. From there, it would launch the bomber.

The bomber, named Silbervogel (Silverbird) would have a fuselage, so shaped that when it would strike the denser layers of the atmosphere at a shallow angle, like the piece of stone in Ducks and Drakes, it would also start skipping over it. Since there is practically no friction or air drag up there, the skipping or hopping bomber would cover 19-24,000 km across the globe with very little fuel spent and developing speeds of Mach 17 (that is, 17 times the speed of sound)!

The idea was marvellous, but Sanger could not solve the equations himself. He took the help of a fellow mathematician Irene Bredt to solve the equations. She solved them and validated his idea. She was later to become Mrs. Sanger. The project was, however, too ambitious for the era and under the pressure of the on-going World War, the Nazis were forced to depend more on proven technologies.

Today, we call them as boost-glide, skip-glide or a variant of FOBS (Fractional Orbital Bombardment System).

Russian Avangard and Chinese DF-17 both employ the same principle

In early 2018, Russia sent shock waves around the world when President Putin unveiled to the world its strategic Avangard HGV. This is launched by their famous SS-19 ICBM, designed first in 1979 and regarded as the backbone of the Soviet ICBM force. It is believed that Avangard develops speed in the range of Mach 20-27. Russia has conducted a number of test-launches with Avangard, the latest being in December 2018.

Dr Malcolm Claus of Astronautics and Space Technology, Kingston University says that it would probably carry countermeasures as well and, when lofted by the new Sarmat (SS-X-30) ICBM, could be launched in packs of four. Russia plans to deploy two regiments of these by 2025.

The Chinese HGV is known as the DF-ZF (earlier called the WU-14). It is mounted on a new missile DF-17 specifically designed to mount the hypersonic glide vehicle. The HGV was proudly displayed during their 70th Anniversary parade on October 01, 2019. The DF-17 is two-stage, solid-fuelled, measures around 11 m in length, and weighs around 15 tons.

Between January 2014 and November 2017, China conducted at least nine flight tests of the DF-17. Tests took place at the Taiyuan Satellite Launch Centre in Shanxi Province. In 2018, one US official noted that China had conducted around 20 times the number of hypersonic weapons tests as the United States had in the preceding decade.

It has been speculated that the Chinese HGV, at this moment, probably does not carry a nuclear warhead whereas the Avangard certainly does. It is also said that it travels at a relatively lower speed of about Mach 10, perhaps to deal with the atmospheric heating issues. However, that is still 12,348 kmph!

Why the US is scared?

However, HGVs are always under control and hence, they are manoeuvrable. Manoeuvrability means that their flight path becomes essentially unpredictable. The manoeuvring is three-dimensional—longitudinal skip, lateral waving and lateral turning modes. This is achieved through control fins and aerodynamic forces.

Thus, they could very well sound the death knell for the USA’s ambitious and extremely expensive ballistic missile defence program called NMD (National Missile defence), which consumed USD20.3 billion this year alone and has been the Pentagon’s costliest project in history! HGVs can easily penetrate any US air defence systems based on interceptor missiles because they employ the tremendous speed of the great ballistic missiles with the accuracy of sub-sonic cruise missiles.

Current over-the-horizon early warning radars, are optimised for incoming ballistic missiles. They will have to be reconfigured to detect much lower flying HGVs. Early warning times are likely to considerably reduce. Infra-red based missile warning satellites in geostationary orbits, are optimised to detect the large smoke plumes of rockets and missiles during their boost phase. So, while the initial launch of the rocket that carries a HGV can be detected, an HGV in its glide phase, is very hard to track. This is the reason the Americans are trying to launch their prototype weapon from B-52H heavy bomber aircraft. Such launches would not be immediately obvious to roving eyes in the sky.

When the DZ-ZF was first mounted on the DF-21D anti-ship ballistic missile (ASBM), it was hailed as a ‘Super-Carrier-Killer’. According to the IHS Jane’s Weapons, in 2013, the missile was tested against a target ship roughly the same size as contemporary US aircraft carriers.

As reported by Jane’s Defence Weekly, China had conducted a test of the JL-3 (Submarine Launched Ballistic Missile) SLBM on 2 June 2019, in an area in the Bohai Sea. One report on Sina Military stated that the JL-3 flight test included the use of the hypersonic glide vehicle also. This is important because while satellites have their cameras fixed on known missile launching sites, nobody knows where a submarine could be. The launch could therefore, easily go undetected.

(The writer, a retired IPS officer, is a nuclear physicist by training. He has authored 49 books, which include ‘Nuclear Weapons and International Security’, and ‘National Security and Conventional Arms Race: Spectre of A Nuclear War’ )