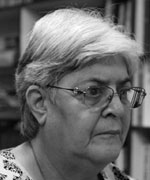 India shares a 1,643-km-long border with Myanmar which touches Arunachal Pradesh, Nagaland, Manipur and Mizoram. The ministry of home affairs (MHA) has written to the chief secretaries of Nagaland, Manipur, Mizoram and Arunachal Pradesh to ‘take appropriate action as per law to check illegal influx from Myanmar into India.’ The directive dated February 25 came after nearly a month after the military coup in that country.

The MHA reminded the state governments that they have no powers to grant ‘refugee status to any foreigner’ and India is not a signatory to the United Nations Refugee Convention of 1951 and its 1967 Protocol. The letter to the Northeast states reminded them of the 8 August 2017 circular ‘Wherein instructions were issued to sensitise all law enforcement and intelligence agencies for taking prompt steps in identifying the illegal migrants and initiate the deportation processes expeditiously and without delay.’

The latest MHA letter also mentioned another set of guidelines to states sent on 28 February 2018 ‘advising them to sensitise the law enforcement and intelligence agencies for taking appropriate prompt steps for identifying illegal migrants, their restrictions to specific locations as per provisions of law, capturing their biographic and biometric particulars, cancellation of fake Indian documents and legal proceedings including initiation of deportation proceedings as per provisions of law.’

The MHA letter’s central concern is the danger of a flow of illegal migrants especially since this has been a sensitive issue in the Northeast and has led to large scale unrest in the recent past especially after the passing of the Citizens Amendment Act 2019 and the demands for National Register for Citizens by various Northeast states.

However, the influx of people from Myanmar in the wake of the military coup on 1 February 2021 do not consist of illegal migrants but refugees escaping the brutalities of a military rule and wanting asylum in democratic India. A refugee is very different from a migrant, whether legal or illegal.

Both the chief ministers of Mizoram, Zoramthanga, and Manipur, N Biren Singh, have openly stated that they intend to extend all humanitarian assistance to the refugees coming from across the border. The two chief ministers come not only from different political parties but different backgrounds too; while the former is the president of the Mizo National Front which during the 1960s led the insurgency against India, Biren Singh was once a member of the Indian National Congress until he joined the BJP.

Zoramthanga even held a virtual conference with the Myanmar foreign minister, Zin Mar Aung, in the government in exile of Aung San Suu Kyi’s National League for Democracy on March 21. He subsequently tweeted: ‘Had a fruitful meeting (online) this morning with Zin Mar Aung, Hon’ble Foreign Minister, Myanmar. Our thoughts and prayers are the #Myanmar in these trying times.’

The chief minister of Manipur issued a Confidential Memo on 29 March 2021 clarifying that the government of Manipur would continue to extend all humanitarian assistance to the Myanmar refugees.

The matter of recognition of refugees is beyond party interests and is a truly humanitarian one as demonstrated by the peoples of the Northeast and the elected state governments.

It is true that India is not a signatory to the UN Convention on Refugees 1951. The reasons for the refusal to be a party to the Convention lie in the Cold War politics and also the lack of support to India dealing with a massive refugee influx in the aftermath of the Partition and later the denial of international solidarity to the refugee influx during the Bangladesh war for liberation.

India does not have even a domestic law for the protection of refugees, yet India has welcomed hundreds of thousands of refugees not only from our neighbouring countries but from all over the world. Even though India did not officially recognise the office of the United Nations Humanitarian Convention on Refugees (UNHCR), until recently the organisation was able to function and grant protection to refugees under its mandate working under the UNDP.

The first major influx of refugees from Myanmar came in the wake of the national uprising in August 1988 and the subsequent military crackdown in 1990 when the Tatmadaw, the Myanmar military did not allow Aung San Suu Kyi to form a government even though she had led her party to an overwhelming electoral victory. Instead, the Myanmar military put her under house arrest, and she spent some 15 years under arrest. Hundreds of people dissenting were arrested, tortured and detained for years.