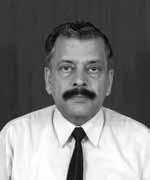 The inevitable has happened. The much-trumpeted Strategic Partnership (SP) scheme has failed to take off. The government had claimed that the scheme would kick-start Indian defence industry by harnessing the potential of the private sector in the manufacture of high-tech defence equipment indigenously. The scheme aimed at creating additional capacity over and above the capacity and infrastructure that exists in the public sector. However, it was doomed to be a non-starter as the entry of the private sector is considered to be a threat to the very survival of the public sector and hence all stratagems are tried to abort such initiatives.

Regrettably, the decision makers either failed to learn from the history or deliberately attempted to hoodwink the environment by announcing a policy that they knew to be unimplementable. Earlier, a similarly delineated Raksha Utpadan Ratna (RUR) programme failed to overcome the obstacles created by the entrenched interest groups — public sector enterprises and their bureaucratic mentors. Success of the public sector in blocking the entry of the private sector can be gauged from the fact that since the opening of the defence production to the private sector in January 2002, the private sector has bagged no major contract, with the sole exception being the order placed on L&T for the supply of 100 units of 155mm/52 calibre Tracked Self-Propelled Gun systems (K9 VAJRA-T) in 2018.

The ministry of defence (MoD) is fully cognisant of the fact that both public and private sectors are national assets; and that, harnessing of the potential and prowess of the private sector is absolutely indispensable if India wants to achieve self reliance in defence production. It was in 1998 that MoD took the first major step to involve the private sector in defence production and constituted six joint task forces with the Confederation of Indian Industry to examine various issues. Consequently, the defence sector was thrown open to the private industry in 2002.

Repeated representations to MoD resulted in the constitution of Kelkar Committee in Jul 2004. It was tasked, inter alia, to examine and recommend modalities of integration of the user (services), MoD and the Indian industry (both private and public). The committee recommended that select private sector industry leaders be identified as RUR and treated at par with the public sector for all defence acquisition purposes to include design and development of high technology complex systems; production of platforms and integration of large weapon systems; receipt of contracted foreign technology for indigenous production; discharge of offset obligations; and receipt of funds for developmental projects.


The above suggestions were accepted by MoD and detailed guidelines were issued in May 2006 spelling out eligibility criterion and laying down the selection procedure. Soon thereafter, a selection committee was constituted under Prabir Sengupta. The private sector was ecstatic and responded enthusiastically. A total of 41 companies including most heavy weights applied. It is learnt that names of 12 companies were forwarded to MoD in June 2007. Most disappointingly, the government lost nerve in the face of unrelenting opposition orchestrated by the public sector and considered it prudent to give a quiet burial to the scheme.

It will also be instructive to recall the stalled proposal to replace the ageing fleet of Hawker Siddley (HS) AVRO 748 aircraft. Tenders were issued in May 2013 to all manufacturers of transport aircraft in the world. The proposal entailed procurement of 16 aircraft off-the-shelf from a foreign vendor and manufacture of 40 aircraft in India with complete transfer of technology. Notably, it was stipulated that the foreign vendor had to select a private sector entity to be the Indian production partner. Airbus responded with a proposal to produce C295 aircraft in India in collaboration with the Tatas.

Undoubtedly, it was by far the most commendable, bold and dynamic initiative taken by MoD. It had the potential of becoming a game changer. More importantly, it would have facilitated seamless integration of the private sector in defence production and provided an opportunity to the private sector to prove its competence. Exclusion of HAL was a deliberate decision of MoD as it was already overloaded with orders. Equally importantly, creation of alternate aerospace facilities in the private sector would have provided much needed competition to HAL, thereby shaking it out of its proverbial lethargy, self-righteous complacency and gross inefficiency. HAL was quick to sense the threat and cleverly converted the above proposal into a public sector versus private sector duel. Ministry for heavy industries and public enterprise was roped in to question the rationale of denying a fair opportunity to the public sector to participate. Resultantly, the said proposal remains stalled to date.

An expert committee under Dhirendra Singh was constituted on 1 May 2015 to evolve, inter alia, a policy framework to facilitate ‘Make in India’ in defence manufacturing and align the policy with DPP-2013. The committee rightly averred that ‘vibrant defence industrial base must necessarily include the private industry’. It went on to stress that fostering a constructive, long term partnership with the private sector was not just an economic option but a strategic imperative to minimise dependence on foreign vendors.

The committee felt that the prowess of private industry can be harnessed only through well defined partnership models, depending upon the strategic needs, quality criticality and cost competitiveness. It recommended two types of partnership models (strategic and developmental). In case of platforms of strategic importance, SP model has been suggested to create capacity in the private sector on a long term basis; over and above the capacity and infrastructure that exists in the public sector. The model strives to support sustainability and incremental improvements in capability of platforms through technology insertions over their lifetimes.

The committee identified six segments for the purpose — aircraft; warships; armoured fighting vehicles; complex weapon systems that rely on guidance; C4ISTR (command, control, communication, computers, intelligence, surveillance, target acquisition and reconnaissance); and critical materials. MoD set up a task force to lay down the criteria in details for selection of SP. The task force submitted its report in December 2015. Most surprisingly, instead of limiting itself to the given terms of reference, the task force appropriated to itself the right to modify the basic structure of the concept proposed by the Dhirendra Singh Committee. This undesirable misadventure has complicated the matters further.

The task force increased the number of segments for SP from six to ten — seven in the first ‘system of systems’ group (aircraft, helicopters, aero engines, submarines, warships, guns and armoured fighting vehicles) and three in the second group (metallic material, non-metallic material and ammunition). As can be seen, the task force has omitted C4ISTR from the list of segments. Further, it suggested selection of one SP in each segment of the first group and up to two SP in every segment of the second group. Thus, the total number of companies that could aspire to be SP was capped at 13 (seven in the first group and six in the second one). The committee also recommended a cap of 49 per cent FDI in respect of all SP to ensure that the control stays with the indigenous companies.

To everyone’s surprise, the task force limited participation of SP only to ‘Buy and Make’ contracts involving transfer of technology. It implies that SP are not supposed to get preferential treatment for executing ‘Buy and Make (India)’ and ‘Make’ contracts. Worse, the task force gave liberty to MoD to buy items from the public sector units subject to their capacity constraints. In other words, only when the DPSUs/ OFB are unable to deliver within a stipulated timeframe (because of capacity constraints), SP would be considered for supplies. It is a highly devious way of protecting state-owned entities whose inefficiency and poor functioning have so far been the main reason for India’s abysmal record in defence production.

SP policy was finally approved by the Defence Acquisition Council, the overarching decision-making body in MoD, in May 2017. The salient aspects of the policy are as follows:-

Most disappointingly, under pressure from the public sector, the government has negated the very objective/ purpose of the policy by deciding not to restrict SP scheme to the private sector alone. Opening of manufacture of submarines and armoured vehicles to both the public and the private sectors defies logic. Public sector units already enjoy privileged position and are always chosen as the Indian production partner. In case a public sector entity is selected as SP, the primary objective of creating addition capacity in the private sector will be defeated. This single dilution of the policy has rendered it utterly meaningless.

In addition, restricting industrial majors to a single-segment SP is a highly dissuasive provision. Many industrial houses like L&T, Tatas, Reliance, Bharat Forge and Mahindra have multiple interests and have been investing in myriad segments. Asking them to choose only one segment will be highly unfair. It will result in the wastage of their capabilities acquired after prolonged struggle. In fact, it will deal a fatal blow to their aspirations to grow to be global defence manufacturing giants.

Another issue of major concern is that the concept of SP entails a long term relationship during the development, production and marketing stages. As returns on investment will take time to materialise, the selected industrial entity has to have perseverance and staying power. Selection of a wrong SP can impact the perspective plans adversely. To guard against such an eventuality, it may be prudent to have more than one SP in some critical segments.

By capping FDI for SP at 49 percent, the government has effectively ruled out inflow of cutting-edge technologies. No foreign OEM will be ready to share his exclusive technology in a joint venture without having controlling stakes. Furthermore, a number of provisions, like costing, scope and depth of technology have not been spelt out by the government unambiguously.

Indian governance functions through consensus. Efforts are made to get every stake holder on board through the circulation of draft policy. As is natural, all entrenched stakeholders attempt to safeguard their respective interests by tweaking various aspects of the policy. Consequently, by the time the implementation stage is reached, the final guidelines hardly resemble what the originators had proposed, thereby defeating the very purpose of the initiative. SP policy is suffering a similar fate.

The idea of co-opting well-established private sector companies as SP to boost indigenous defence production cannot be faulted on any account as it seeks to create additional capacities in the private sector in respect of platforms of strategic importance. SP model strives to enable private Indian firms to play the role of systems integrators by building an extensive eco-system. The underlying objective of the scheme is to optimise utilisation of all national assets; harness strengths of public and private sectors; generate competition while avoiding wasteful redundancies; ensure economies of scale including exports; and create globally competitive defence industrial base.

Most regrettably, the public sector perceives the scheme to be a threat to its survival. As it dreads competition from the private sector, all efforts are being made to stall its implementation through clever subterfuges. Imperilment of national security is deviously touted by the public sector as the rationale for opposing the entry of the private sector in the defence production. Over three years have passed since the idea was mooted by the Dhirendra Singh Committee but not a single step has been taken to implement the policy. Matters continue to drift as the government lacks courage and political will to overcome the intransigence of the entrenched self-interest entities.