Women in combat is not a practical idea 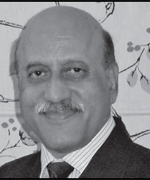 The debate over induction of Lady Officers in the combat arm of the Indian Army has been going on for a few years now. On one side of the table are the army men, who have the experience of combat environment, and on the other side are the women rights activists and those advocating the march of women towards equality. Ironically, the latter has no experience of job requirements but can make it a constitutional issue, with the help of the media. The former has no reach to the media due to restrictions on its Fundamental Rights.

The recent remarks of the Chief of the Army Staff, Gen. Bipin Rawat has rekindled the debate.

It was interesting to read an article, in one of the dailies, making a fervent appeal to induct women in a combat role in the army. The appeal came from a police officer who has never been to combat. Army combat is not a law and order issue. It is also not an organised game, like the Asian games or Olympics and certainly not for misuse of freedom.

Combat is constant endeavour to prepare, always, to beat an enemy, be it across the border or within. Combat preparedness does not come through either constitutional rights or emotional histrionics. It demands leadership, to lead soldiers, who expect you to be better than him. There are no gender-based concessions when you face an enemy firing at you to kill. Ill-advised experiments are dangerous and can cost the nation since the security of the country is involved.


I have had the privilege of serving in Units with Lady Officers. Initially, the experience was full of apprehensions. But slowly we learnt to deal with situations as the time passed since they were peace-time adjustments.

The Lady Officers are sincere, keen to learn and hardworking. They have proved to be as good as any other officer in peace units. They form good members of the team, notwithstanding minor hiccups.

My experience, as Commanding Officer, was a bit different. Although it was a logistic Unit, it was part of an active formation and we were required to move frequently on Exercises and later during Op Vijay, to our operational area. There are several issues which involve safety and discipline in an environment where the entire Unit is in temporary accommodation (tents/bunkers) and on duty 24×7.

A major issue is about leaving behind small kids, especially when the husband is posted in a different station. The army is doing its best to accommodate a married couple within a station for postings. But it can be once or twice only, in entire service, not as a regular practice. Moreover, such preferential treatment to the Lady Officer is always at the cost of other officers. This sets in resentment in the cadre. Male officers do not hesitate to question special concessions to Lady Officers as their terms of service and pay and allowances are the same.

So far, we have seen Lady Officers only in logistic units and generally in peace locations. To make the system conducive, the army has gone overboard in adjusting their postings, to the chagrin of other officers. The experience of police and Central Armed Police Forces (CAPFs) cannot be transfused to the army, as their role is different and civic in nature.

Coming to the issue of induction of Lady Officers in combat units, it is far more complex. A junior officer is always ‘on test’ by his jawans, till you prove your worth. No jawan will trust his life into the hands of an officer unless the officer proves to be better than him physically, mentally and practically, in all fields of battle. Leadership does not come by passing written tests or knowledge through books or theories. It cannot be thrust upon, it must be earned by proving your worth on ground.

When I was posted at an Out Post, after my commission, it was one of my duties to familiarise the troops with the area. One day, I was leading a Patrol at the Trijunction, near Doklam, when I saw that some jawans had sat down to rest. When I asked them if they were tired, one of them replied, ‘Sahab, as long as you continue leading us from the front, we will not get tired’. I knew that it was my ‘day of test’. For the next one hour or so I kept walking and leading them in the oxygen rarefied area, situated at 15,500 ft above sea level, till most of them were exhausted and requested for rest. After this day, I was accepted without question, as they knew that I was better than most of them. Such ‘tests’ are part of life of a junior officer. Be it BPET, a series of physical endurance tests or Range Classification or Games or PT, an officer must be better than the jawans.

Life at a Post is very different from that of a police officer, who gives directions from the safe confines of his/her office or home. For an army officer at an Out Post, bunker is his office and home. For company, he only has the jawans and any kind of help is many hours or days away. He cannot be too friendly with the troops nor alienate himself from them. He must handle situations with care, when someone is depressed or gone amuck or under the influence of liquor. The officer is responsible for safety of his troops, the arms and ammunition and he has a role to perform, to defend his area of responsibility. The enemy he faces are not rioters or thieves or petty criminals and there are no rules of this ‘game’. Thus, comparing the life of a combat officer to a Mary Kom or a medallist of organised, secure and disciplined Games or to the unsafe lanes of Delhi is sacrilegious, to say the least.

If someone was to suggests that in all sports competitions there should not be separate teams based on gender, it would be termed as a preposterous suggestion. This is because God has made men and women different in their physical constitution. If we cannot have a combined team in organised sports, should we have it in real life combat?

Discipline is a major issue, especially when a lone Lady Officer is posted on an Out Post. It is very easy to suggest that lay down strict orders. But, when an inebriated soldier walks into your Bunker, either with a genuine problem at home or indecent intentions, rules do not come to your rescue. Moreover, when there is one discipline case involving an officer, three-four more officers get engaged and may not be available for their duties. Can the army afford to spare so many officers from their combat duties in such a scenario?

In a combat unit, the officer is required to go on frequent postings, to Field or insurgency-affected areas or even to high altitude. Even when the officer is posted to peace stations, the units must carry out exercises, attend seminars or he must go on courses, detailments and temporary duties, which may be outstation. Thus, a combat officer spends half his service away from his family.

Who is to look after the children if one does not have support from family? I have seen a Lady Officer standing outside her car with a six-month-old child sleeping inside during PT. She could not leave the child alone at home nor afford to skip duties. It affects the morale of the troops, to see their commander, who must carry family liabilities, during combat or training. They want a leader who is with them, through thick and thin. Till the time an officer is serving in a combat unit, he is constantly setting personal examples to his troops. A leader in the army must lead from the front.

What happens when the Lady Officer gets posted to insurgency areas or high altitude or on the border? It can also not be fair to exempt them from combat duties or allocate light duties. There are no soft combat duties. Or are we looking for ceremonial roles for women in combat, which there are none? Imagine the situation, if even one Lady officer is captured by the enemy and humiliated. The army has experienced, with much pain, when its soldiers were tortured and dismembered. Will it not become a national issue? How can you avoid such situations? Certainly not by giving special status to the women officers. It can work on a desk job, but not in combat, where your safety is not dependent on your Human Resource department, but on a hostile and merciless enemy and your reactions.

The Constitution of India gives equality to all to live, but not to endanger the lives of others. How many women’s champions are willing to send their daughters to combat? An army officer’s Fundamental Rights are abrogated, and this applies even to the Lady Officers. The enemy or a terrorist’s bullets do not recognise your gender or your Constitutional Rights. It’s a ‘Game’ where live bullets fly, where there are no rules, no umpires, no rehearsals and no debates. It is ultimately the survival of the best and fittest.

Are the Lady Officers ready to match the prowess of a male enemy soldier or terrorist?

I, as an army veteran, would not like to sacrifice our Lady Officers at the altar of gender battle, for the pleasure of some peace-time activist.