Electronic and information warfare can be game changers 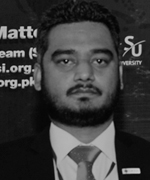 The elephant in the room for the Pakistan Air Force (PAF) is that its adversary, the Indian Air Force (IAF) is larger, better equipped and competent. Keeping this realisation in mind, the PAF, a tactical air force, over the years has had to adapt to the reality of always being outnumbered and outgunned.

The PAF was forged in the inferno of the Indo-Pakistani wars of 1965 and 1971. Its organisational growth continued during the Soviet-Afghan war when the PAF was engaged in combat against the Soviet Air Force and its Communist Afghan allies. The PAF also learned valuable lessons on indigenisation during the so-called ‘lost decade’ of the Nineties during which the PAF was unable to equip itself adequately due to the US sanctions.

When the Indo-Pakistani conflict broke out in the remote mountainous regions of Kargil, the PAF found itself poorly equipped to handle the crisis, especially due to the lack of a Beyond Visual Range (BVR) capability on its F-16 fighters. The ‘BVR Gap’ between the PAF and IAF tilted airpower dynamics in favour of the IAF throughout the Kargil crisis, therefore its focus remained primarily on maintaining homeland defences. The seriousness of the situation for PAF during that time cannot be better exemplified than the fact that the IAF lost two aircraft during the Kargil conflict, none of which were shot down by PAF.

This situation for the PAF changed after the 9/11 attacks in 2001, as the Americans suddenly found themselves in the need for Pakistani assistance in Afghanistan, and consequently, the sanctions imposed on the PAF were lifted. This opened a gateway for new development and acquisition programmes initiated by the PAF leadership at that time, to conduct fast-paced modernisation of the entire PAF. This is the time when the PAF launched its JF-17 Thunder fighter development initiative with China, placed an order for the F-16 C/D Block-52+ fighters, sought delivery of its remaining F-16 fighters which were placed under long-term storage in the US and put forth a requirement for the Mid Life Upgrade (MLU-MIII) for its F-16 A/B Block-15 aircraft.


Since the US-led invasion of Afghanistan, the PAF provided Close Air Support to the Pakistan Army then engaged in low-intensity conflict against various al Qaida linked militant organisations operating out of the unstable bordering regions of Pakistan and Afghanistan, and regular patrolling of the Indo-Pakistani border, mostly to deter potential intruders and UAVs. This all suddenly changed on 26 February 2019 when the IAF carried out a ‘Dead Drop’ strike in Pakistan’s Balakot region — across the International Border. This led to a reciprocal action by the PAF, which carried out a similar ‘Dead Drop’ operation across the Line of Control (LC) in the Jammu region, on the morning of 27 February 2019.

During the ensuing engagement, an IAF MiG-21 Bison interceptor was shot down by an AIM-120C AMRAAM fired by a PAF F-16 MLU aircraft. The Bison pilot, Wing Commander Abhinandan was captured by Pakistan and promptly released to minimise political escalation. Other than the downing of the MiG-21, a Mi-17V5 helicopter of the IAF became the victim of a fratricide, killing six IAF officers and crew onboard. There were various claims made by both sides after this aerial engagement including the downing of a Pakistani F-16 and an Indian Su-30MKI aircraft — although no convincing evidence was made available by both belligerents to accurately assess those claims from a neutral perspective.

In February 2019, when the PAF saw itself engaged in combat against a powerful nemesis, it became an engagement written in history, as it’s the first time since the Korean War that two nuclear powers directly locked horns in aerial combat. There are multiple lessons to learn from the perspective of the PAF, as the engagement it refers to as the ‘Operation Swift Retort’ was a litmus test of its capabilities and shortcomings. It tested the PAF at Command, Planning and Operational level — while giving it the opportunity to study its state of preparedness for future conflicts. 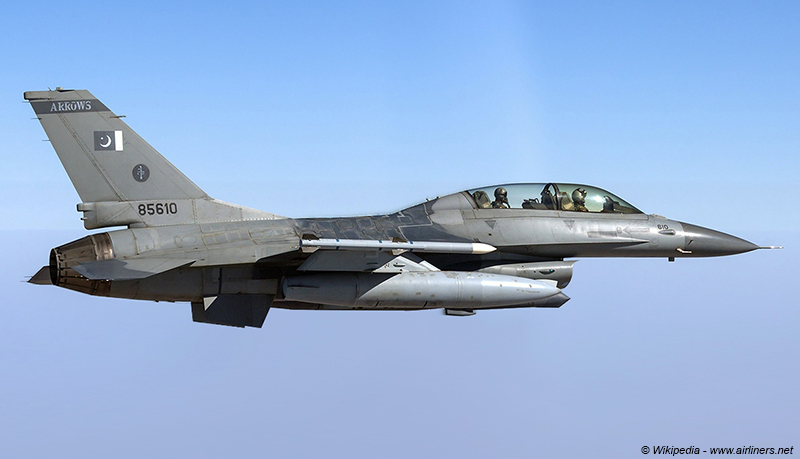 Airpower is First Responder: For years, the Pakistani defence mind-set has been hooked on to the importance of land warfare. Although it goes without saying that land warfare is perhaps the most critical element of any military engagement — the limitations put on the effectiveness and even the viability of land warfare under a nuclear paradigm remains a far cry from the blitzkrieg tactics taught religiously to students by military schools across Pakistan.

The stark reality of modern-day land warfare can’t be better exemplified than the Soviet ‘Seven Days to the Rhine’ strategy — which is a testament to the fact that mass scale land warfare between two nuclear weapons states will almost certainly lead to a nuclear holocaust — an outcome no sane mind wants. Keeping this view in mind, the PAF emerges as the ‘First Responder’ to any tactical level conflict with India, as it was amply displayed during the brief tactical engagement between India and Pakistan back in February 2019.

This dynamic remains a hot topic of discussion as the viability and utility of airpower in the tactical domain gain further prominence as a result of recent experiences. The deployment of airpower in tactical conflicts has been established as a token policy instrument to project power while remaining well below the established escalation thresholds. This allows policymakers in Islamabad to not only manage escalation dynamics, but to also assure a measured, equivocal and non-escalatory retaliation — designed to deliver upon the intended political outcomes.

See First, Engage First: The MiG-21 Bison cannot be regarded as a frontline asset of the IAF, even by a wide stretch of the imagination. The IAF, however, believed that after these old aircraft were put through an extensive Israeli upgrade package, they could be used to ambush enemy fighters much more advanced than the humble MiG-21.

The IAF cemented this doctrine during Cope India exercises, during which the MiG-21s were pitted against the much-advanced USAF F-15 Eagles. The PAF was watching this with keen interest and is believed to have adopted similar tactics by using its available F/7-PG Skybolt fighters which are a Chinese produced derivative of the MiG-21. The PAF is believed to have extensively trained its frontline F-16 squadrons in ambush tactics and countermeasures adopted by the IAF — which might have contributed to the downing of the IAF MiG-21 Bison on the morning of 27 February 2019.

This ‘See First, Engage First’ approach is built on the technological capabilities and training regimes adopted by the PAF since the lifting of sanctions after the US-led invasion of Afghanistan. The PAF has built extensive sensor architecture and acquired advanced BVR capabilities, combined with a modernised Command & Control system to detect, track and engage hostile aircraft while maintaining the integrity of its own C4I systems. As far as the PAF is concerned, Operation Swift Retort validates this concept and its associated acquisition and training programmes.

Standoff Weapons offer Deterrence Value: The PAF was one of the early adopters of laser-guided precision munitions in South Asia. However, it could not leverage its precision strike capabilities during the Kargil conflict due to the ‘BVR Gap’. The IAF, on the other hand, was able to leverage its precision attack capabilities developed in cooperation with Israeli firms during the Kargil conflict. This imbalance was addressed once the PAF acquired BVR capability and was, therefore, able to offer reliable top cover for its strike packages.

The PAF acquired advance precision munitions and targeting pods from the United States which included GPS guided, laser guided and TV guided precision munitions to be used against tunnel networks operated by the militants in the restive border regions of Afghanistan and Pakistan. The PAF, therefore, gained extensive experience in the employability of precision-guided weapons under all conditions.

At the same time, the PAF also developed and acquired various kinds of precision-guided Standoff Weapons (SOW) from South Africa and China. During the Balakot raid, the IAF dead dropped Israeli made SPICE-2000 precision-guided glide munitions. The PAF in-kind deployed its Hafr-4 optically guided Standoff Weapons, which are produced locally under license from a South African company. It is worthy of note that neither the IAF SPICE-2000s or the PAF Hafr-4 SOWs caused any casualties on the ground because in both cases the weapons were ‘dead dropped’. They were only intended to be used as a demonstration of capability and intent, rather than to cause actual damage which would’ve deteriorated the already tense situation between the two nuclear-armed rivals.

This phenomenon of calculated engagement thus became an instrument of deterrence and at the heart of it lay the modern standoff weapons, offering tactical flexibility to the decision-makers.

Electronic Warfare Works: From the PAF’s perspective, during the aerial engagement in February, Wing Commander Abhinandan found his MiG-21 Bison blinded from his command post, therefore he could not positively hear vocal commands from his combat controller. The Su-30MKI aircraft flying top cover are also believed to have not been able to achieve a positive lock on the PAF aircraft engaged in the fight and were, therefore, not able to launch their radar-guided missiles.

This points to the extensive use of Electronic Warfare by the PAF during this engagement, to not only protect its own assets but to also attack hostile aircraft in an attempt to disrupt their communications and to confuse their radars. It is worthy of note that the PAF has collected vast amounts of experience in Electronic Warfare during the bilateral Shaheen series exercise with China. These exercises offer the PAF a rare opportunity to both fly and contest against the Chinese Su-27 and Su-30 aircraft to learn about their capabilities, weaknesses and tactics.

From the PAF’s point of view, the employment of Electronic Warfare during this engagement was a success and a lesson in modern aerial warfare. This aspect will loom large in future development and acquisition programmes undertaken by the PAF, meaning that the PAF will continue to acquire land-based and airborne assets dedicated to Electronic Warfare.

Information Warfare is Decisive: The PAF believes that in order to truly leverage tactical operations, the importance of information warfare cannot be understated. In the age of social media, it is absolutely critical to establish facts and create narratives as quickly as possible. The Information Warfare strategy adopted by the PAF is visible in the capture and release of the Wing Commander Abhinandan.

In a world where information flows instantly, it is important to seize the initiative. The PAF understood this concept very well and facilitated the flow of information during the hour of uncertainty back in February. For example, with the interview of the Wing Commander Abhinandan, his prompt release by Prime Minister Imran Khan or the establishment of ‘Operation Swift Retort’ memorial at the PAF Museum in Karachi – the PAF clearly believes that it has demonstrated information dominance. Since the war is politics by other means, the true nature of tactical engagements boils down to political objectives — whoever gets there first, wins.

Forecast: Having extensively studied the PAF operations during the past many years, this writer believes that the PAF might adopt the following course of action in the light of experience gained from its engagement with the IAF.

(The writer is editor of defence and strategic affairs for the Global Village Space Monthly. He focuses on the contemporary matters of geo-security affecting the South and Central Asian region, as well as the Middle East. Twitter: @schaheid)