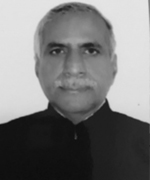 Our long history of repeated border clashes or border intrusions or transgressions have been a major flashpoint in Sino-Indian relations in the aftermath of 1962. The Chinese have successfully managed to prevent India from building any major infrastructure on the Indian side of the border, while they have built an extensive array of military infrastructure on their side, commencing with their Western Highway on our territory Aksai Chin.

Reduction of seven military regions to five theatre commands and the merger of Xinkiang and Tibet into one Western Theatre Command has already taken place. Airfields facing Ladakh, Hotan and Garunsa, are now operational with a squadron each of J7 and J11 fighters and much improved ground facilities. The airlift capability for inter theatre move, confers the capability to build up to eight divisions in a timeframe of one month. Gormo-Lhasa oil pipeline is also operational. Beijing’s decision to aggressively patrol along the Indo-Tibet border should be seen from the perspective of China’s grand strategy of grabbing as much territory as it can, in the garb of protecting its interests, territory, and sovereignty.

All along the 4,057km Line of Actual Control (LAC), especially the fresh claims on Galwan Valley, has now reached a very critical stage. Any misperception, miscalculation, or error along the tense border could easily escalate into a full-blown conflict. Thirty years of the same map to map alignments and varying interpretation of the LAC have made the agreement out of reach of both sides. The paramount fact is that China is already in possession of large chunks of our territory; so what is there to negotiate? In Ladakh Sector, the LAC runs up to the line where the Chinese forces had advanced in 1962. In the Middle Sector it marked the extent of fictitious Chinese territory and also the line that marked the limit of their administrative control as it existed in November 1959. In Arunachal Pradesh, except for Thagla Ridge and Longju, the LAC ran through the entire length of the territory and not ‘up to where the Chinese reached in 1962’. It is a different matter that the entire Arunachal state is claimed as Southern Tibet and Sikkim merger accepted earlier, but not now.

Incidentally, the term LAC in the negotiation of border disputes, was coined by Mao Tse Tung in his three points charter of 24 October 1962. In the inflated territorial claims advanced by Communist China right from the beginning was based on the misplaced notions of disabling India’s military to bring about a political upheaval. Times have now changed and those ideas do not stand the scrutiny of logic especially when the land warfare has become more complex, fluid and subject to greater influences. One expected after six decades of the previous engagement and RMA introduced, that the Chinese now would be more professional and civilised, it sadly isn’t. The doctrine propagated by the National Defence University Beijing has introduced the notion of ‘shock and awe’ above anything else. In the age-old Chinese strategy, two very critical components of ‘Shi’ are deceiving others into doing your bidding for you and waiting for the point of maximum opportunity to strike. Western Theatre Command now thinks that the opportunity of flexing its muscles to implement China’s grand strategy is now. Force build up is now complete, administrative echelons have been topped up and the troops mobilised in the guise of an exercise, which brings ‘Shi’ in their favour.

This leads to questions about our own preparations. Our defensive preparations must also have been completed. Nothing unusual because, whenever, there is a build up in rear areas, reported by various means such as the satellite imagery, it must happen. From all accounts, the road to Daulat Beg Oldi (DBO) is a very sensitive issue for both sides. In addition, perceptions about the LAC may vary but the fact remains that defensive structures on our side of what we perceive as the LAC had been constructed, in violation of all the agreements which held good so far. The realisation must now have dawned on the powers that be how myopic their vision was to stall the raising of the strike corps for lack of funds. Nothing stops us from completing its raising and positioning it now as an ‘existential threat’ or a possible deterrent. Thoughts of our arm chair strategists like, ‘making it costly for the Chinese to transgress across the LAC’, do not apply to a country which can sink billions into Belt and Road Initiative (BRI) and other ventures across the globe. What then should be our modus operandi to stop all the incursions/ transgression by the Chinese? Every meeting will bring forward more claims of the interpretation of this magic word ‘LAC’ because claims based on negotiations are hard to prove, especially to an adversary who is still nursing the ambitions of a Middle Kingdom. Therefore, some new thoughts need to be injected into our mind set if we are to end this ongoing impasse.


Our foreign policy needs to be transformed into a more dynamic one, implying that diplomacy must prevail to establish order in the region, before it turns into a conflagration of unforeseen dimensions. A ‘balancer’, may be the US, to establish equilibrium of power must be kept in picture from the beginning. We need to take up the border dispute to the International Court of Justice (ICJ) at The Hague, for arbitration for acceptance of McMahon Line as the border accepted by China, as in the case of Myanmar and Nepal. We have nothing to lose, as we have already lost Aksai Chin in Ladakh and may lose some more chunks of our territory in Himachal Pradesh, Uttar Pradesh and Arunachal Pradesh, if we lose the case. Remember, we lost 800 sqkm of Rann of Kutch in 1965 when ICJ gave 90 per cent Rann to us and 10 per cent to Pakistan.

Before all that happens, as a layman, our defensive posture could aim at the following: