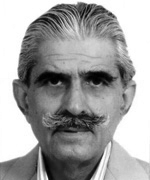 The Pulwama attack on 14 February 2019, claimed by Jaish-e-Mohammad (JeM) was a godsend for Prime Minister Narendra Modi’s Bharatiya Janata Party (BJP) to resuscitate its eclipsed image following setbacks in the assembly elections last year just before the national elections.

Retaliation had become mandatory to maintain its stated muscular response to Pakistan’s cross-border terrorism and the ‘free hand’ to the armed forces. Given its hand-to-mouth economic situation, it was a bad time for Pakistan to provoke India. But Rawalpindi has believed it enjoyed impunity against full conventional response to a spectacular terrorist strike like the one against Parliament in 2001 and Mumbai 2008 through nuclear coercion. After India’s cross-border raid in Myanmar in 2015 and following New Delhi’s veiled warning to Rawalpindi, Pakistan said: ‘You can’t do this to us as we have nuclear weapons’.

India has been historically self-deterred from retribution and use of air power for fear of escalation. The Indian Air Force’s (IAF) air raids on the night of February 25-26 inside Pakistan that claimed to have destroyed terrorist hideouts in Balakot were a departure from that position. Pakistan Air Force’s (PAF) riposte to the IAF incursion was immediate but shallow and inside Jammu and Kashmir, intended to salvage its honour but non-provocative. It mimicked Indian lexicon of attacking non-military targets avoiding collateral damage and civilian casualties intended not to escalate the crisis. After Balakot, it was clear neither side wanted an escalation in preventing which the US, UK, China and Saudi Arabia played a major part.

A plethora of buzzwords like ‘game changer’, ‘new normal,’ ‘paradigm shift’, ‘redefined red lines’ ‘muscular shift,’ ‘crossing the rubicon’ and ‘turning point’ have been tossed around after the air raids. The more accurate description of ‘use of air power in punitive strikes’ at Balakot would be similar to the surgical strikes which introduced the element of unpredictability and ambiguity but not automaticity in response; like Israel does. Tel Aviv periodically and instantly responds to rocket attacks by Hamas, Islamic jihad or Hizbollah with punitive air strikes. When these rocket attacks continue, Israel retaliates with limited military operations inside Gaza/ Lebanon calling it ‘mowing the grass’. But applying this to nuclear Pakistan is inappropriate.

Balakot is, therefore, an expression of intent to use air power. It will impose caution on Pakistan but not compel it to dismantle its infrastructure of terrorism. India’s deterrence is eroded by the nuclear factor as it is devoid of compellence or compliance. By immediately boasting, publicising and making exaggerated claims of kills in air attacks, New Delhi makes itself hostage to retaliation in the event of another terrorist attack. Modi claiming he had called Pakistan’s nuclear bluff is premature as the steps on the escalatory ladder from a sub-conventional attack to nuclear exchange are many more.

The IAF has carried out a candid internal assessment of its performance at Balakot, the contents of which are partially out in the public domain and are covered in this analysis. The twin controversies of an F-16 being shot down by a MiG-21 Bison and effectiveness of the IAF’s strikes in Balakot are excluded.

The Balakot Narrative: The IAF executed a classic counter-terrorism operation with the use of air power at its source deep inside Pakistan, 190km from Islamabad; not in Pakistan Occupied Kashmir (PoK) nor against terrorist launch-pads as was the case in surgical strikes 2016. The target was a JeM training camp with its associated infrastructure. India described the air strikes as a ‘pre-emptive, non-military action in self-defence based on actionable intelligence’ — all this being a tad disingenuous as there was everything military about eliminating a Jaish training facility at Balakot.


To avenge India’s violation of Pakistan’s sovereignty, PAF retaliated the next day across the Line of Control (LC) in the Nowshera-Poonch sectors with a strike package of 20 aircraft and disgorged its ordnance in the open to avoid civilian casualties, collateral and escalation. Although Pakistan’s response was inevitable to restore the image of the Pakistan military tarnished by the Balakot raids, and a lingering sense of humiliation from the 1971 war, the IAF, it seems, was caught off guard. The PAF intrusions resulted in a dogfight in an era of beyond visual range weaponry between two nuclear armed neighbours in less than a war situation.