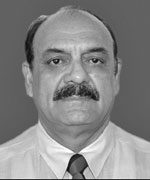 The Chief of Defence Staff (CDS) has conceptualised creation of integrated theatre command structures, as part of military reforms, in the belief that these will augur jointness augmenting our war fighting capability. Clearly his contention is that in the present arrangement we operate in silos and lack the ability to fight as an integrated force.

But in reality, the present structure has always worked in the face of the many challenges of various wars. Pakistan’s first attempt to occupy Kashmir in 1947-48 was blunted by close and effective cooperation between army and the air force. In 1965 Indo-Pak War, Indian Army plans were initially not known to the IAF, but later as the army asked for help, the coordination was complete. During the 1971 conflict, the planning process was joint from the word go and India conducted one of the most successful campaigns in history with the liberation of Bangladesh and surrender of 93,000 Pakistan soldiers, a feat unprecedented after WWII. Likewise, during the Kargil conflict, the Indian Army and Air Force combined remarkably well once the initial hiccups were resolved at the Chiefs of Staff Committee and threw back the intruders by integrated combat power application. Videos of Mirage aircraft firing laser bombs on Pakistani troops on Tiger Hill still roll in our minds bearing testimony to the army-air force combine. The army-air coordination in the ongoing imbroglio in Ladakh, bereft of any theatre structure is another example.

It seems rather strange that theatres are being conceived to force a combine on military personnel, merely on the belief that a compulsory merge would integrate forces and enhance war fighting potential. In his treatise, titled ‘Has it Worked-The Goldwater Nichols Act’, the author James R. Locher III, cites that problems of jointness exist even in integrated/ theatre command structures. Problems between Gen. Wesley K. Clarke, Commander Allied Force and Lt. Gen. Michael C. Short, Joint Air Force Component Commander affected campaign planning in the Kosovo operations even while under an Integrated Command Structure. Refusal of orders from Gen. Clarke by Gen. Michael David Jackson, Commander Rapid Reaction Force, had to be resolved after the Kosovo conflict. In Operation Anaconda in Afghanistan (March 2002), senior army commanders were widely criticised by their naval and air counterparts for not coordinating with them effectively even while under one command. The Indian armed forces have had a similar experience when during the IPKF operations in 1987, the army commander of the IPKF Unified Command elected to make a helicopter drop at Jaffna University, overruling the air force element’s advice of it being far too risky. Consequently, all helicopters were damaged, and a number of lives lost. These examples pointedly confirm that jointness is not implicit in an integrated command structure.

Integration implies merging of activities for warfighting by understanding concepts of joint warfighting, resolving doctrinal issues, clarity on roles and planning jointly for synergistic application of military power, as was demonstrated during the 1971 war. Joint planning requires knowledge and understanding of the core competencies of the other service and is a fundamental requirement irrespective of the structure we carve/ adopt/ retain. This is where the CDS ought to focus for evolving reforms. In his article titled ‘Theaterisation: Are We Ready’, Lt Gen. P.R. Shankar surmises that before we create theatre commands, we must increase ‘jointness’ between the Indian Army, Navy and Air Force. He opines that until aspects of joint training and staffing are sorted out, we will not get theatre commanders of value. He further adds that certain fundamental issues pertaining to the chain of command, communications, operational guidance and training if not clarified, are better off being where we are.

Restructuring the armed forces is a far-reaching reform with vast implications for national security. It requires due deliberation and foresight. According to Locher’s book mentioned above, the US department of defence debated the Goldwater-Nichols Act, 1986 (GNA) for re-organising the US armed forces and creating theatre commands, for four years and 241 days, a period longer than their involvement in World War II. They are already discussing whether GNA would adequately meet their 21st century vision to shape, employ and combine future military forces with other instruments of national power or whether it warrants a reform. Likewise, we must discuss, debate and war game at length various re-structuring options to arrive at the most optimal structure that would meet the requirements to fight wars of the future and combine with other elements of national power. Commodore Uday Bhaskar, in his article titled ‘Don’t rush into unviable theatre commands with skewed structures’ has said that creation of theatre commands needs to be reviewed holistically and discussed objectively both in the Parliament and with professionals who can testify before select committees before embarking upon this restructuring.

Theatre commands work best with permanently allocated assets. While the army and the navy may have enough forces to be divided into various theatres, and yet remain an effective war fighting entity, the air force does not. The IAF’s strength is just about sufficient for a single front contingency. For a two-front war, the same assets will have to be multiplexed on both sides. Any, division by way of permanent allocation to theatres would render each theatre operationally weak in air power terms. This we cannot afford. An analysis of armed conflicts between the end of the 20th century and beginning of the 21st century, unequivocally indicate the strategic significance of air power in achieving military aims. To win the air war, in a two-front contingency, we must retain the air force together in any new structure we evolve.

When Dr K. Subramanian, chairman of the Kargil Review Committee, was asked his opinion on creation of theatre commands, he responded by saying, 60 squadrons would be required for a theatre command structure. Considering that we are at a 30-squadron force level and may at best get to 45 in the next 20 years, any division would create an asymmetry in favour of the enemy, much to our peril.

Future wars would be multi-domain, multi-dimensional and hybrid in nature, with information dominance. In a two-front war, the hybridity could vary from a conventional war to a mix of regular forces intermeshed with irregular forces, with support of terrorists and insurgents, cyber intrusions, and possibly some dimension of social and economic warfare. Such hybridity would call for the war to be conceived, understood and orchestrated at the apex level though a framework that coordinates warfare in every domain. Hence, prior to evolving structures, we would require a complete re-cast of our military strategies, doctrines and operational concepts with cross domain synergy as the underlying fundament for an integrated response. Accordingly, the strategic thought for re-structuring should sprout from the idea of combining domains and not Services, a concept of the bygone era. More so, we must allow for the fact that Cyber, Space and Air domains would be dominant players in the future, and these have vast geographical disseminations which ought not to be limited to the small confines of a theatre.

Cross-domain synergy implies application of combat power between domains. The fundamental frame for such a concept is based on connectivity that provides netcentric warfare capability with operational data links (ODL) serving as the prime means for information, data, pictures, messages exchange and dissemination of orders on a near-real-time basis. The crux of integration will lie in designing ODL gateways to translate information and intelligence in content and context in line with our joint war fighting concept. This will be the core that integrates operations. The essence being that sensors, shooters and decision-makers from all domains are on the same communication grid. Commanders make joint decisions with the full operational picture and pass orders instantaneously to combine subordinate elements setting the pace and tempo of operations. A fifth-generation war structured on networked warfare concepts, networked thinking and application of networked combat power is where we should be headed. This will inherently set a mechanism to integrate and synergise application of combat power.