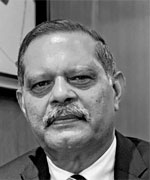 As an infantry officer, having served under the most difficult and arduous conditions in war and peace, I am immensely grieved to see the recent happenings in the training culture and practices of the Indian Army. These are likely to impact the secular fabric of the military ethos and military genre.

I write as a soldier, who participated in the 1971 India-Pakistan war, as well as, in the capture of Pakistani ‘Quaid post’, later renamed Bana Top at the Siachen glacier by my battalion 8 JAK LI (Siachen). I have adequate experience of training officers and men, having served as the adjutant of the prestigious Indian Military Academy and as Centre Commandant ‘The JAK LI Regimental Centre’, which has mixed troops, essentially Hindus and Muslims, recruited exclusively from Jammu and Kashmir, the erstwhile state, and now a Union Territory.

My concern is based on the recent video recording of the passing out parade held at the Artillery Regimental Centre. It has since been viewed by many on the social media. In the said video, the artillery recruits (of all faiths) are performing ‘aarti’, a Hindu ritual of worship, where lights are offered to a Hindu deity, at the drill parade ground. By carrying out an aarti, a new practice, at a formal parade ground, which is one of the most hallowed places of the Regimental Centre, what larger message was being sent to the rank and file of the Indian Army? All training culminates in holding a pristine parade where recruits align their thinking around the adage ‘Work is Worship’.

The video reflects a change in this very thinking; or perhaps the recruits are being made to re-look at their learning of ‘Worship is Work’. Is this a pointer toward a larger agenda being propagated with the military leadership being silent? As a professional military trainer, I am sure the uniformed fraternity would have felt insulted watching the recruits keeping their rifles between their legs, which is the most disrespectful way of holding a weapon. The recruits had to do it because they needed their hands to be free to clap in unison to the tune of ‘aarti’ being played by the military band.

It is good to gravitate toward dynamic and ever-changing battlefield optics by introducing new teachings and practices in various military training institutions, I believe that such steps need to be taken sensibly without distorting the very fabric of the olive green, blue and white. The change must come within the framework of mutual respect and understanding. It should neither have religious overtones nor should it get subsumed by the ideology being promoted as the flagship agenda of the present dispensation.

In early September, I read an article titled, ‘Kautilya’s Arthashastra, Bhagavad Gita May Soon Be Part of India’s Military Training’. This is reflective of the efforts by the government to push toward greater ‘Indianisation’ of Indian military—a euphemism for giving precedence to one religion over others. While as mentioned earlier, changes in the pedagogy and methods at training establishments are good, yet to idealise a particular text and incorporate it in training manuals of cadets and soldiers seems a bit of an overstretched.

What surprised me even more was the recent study carried out by the College of Defence Management (CDM) Hyderabad, titled ‘Attributes of Ancient Indian Culture and Warfare Techniques’ on explicit instructions from the higher Headquarters. The study has recommended creating a dedicated faculty, which will be headed by the commandant to oversee the research on ancient Indian text and culture as if such competencies are available with any and everybody posted at CDM. It further recommends that a study be carried out on ‘Manusmriti’, believed to be the first of the ancient legal text and constitution among the many Dharma Shastras of Hinduism. Another recommended text is ‘Nitisara’, which shares several common aspects with Arthashastra including mastering control over the senses. It also speaks of the practice of ahimsa and maintaining a balance between dharma, artha, kama and moksha. 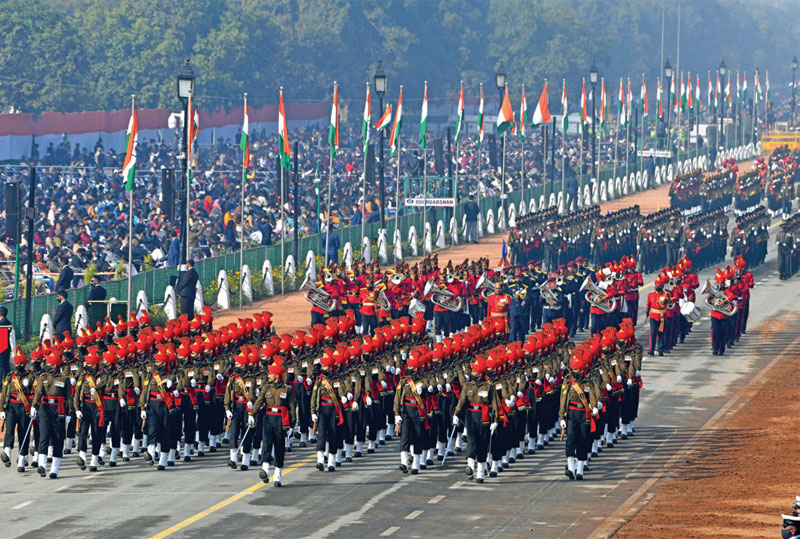 CDM also recommends a deep dive into Mahabharata, an important source of information on the development of Hinduism between 400 BC and 200 BC. It is regarded by Hindus as a text about dharma. In addition, the study recommends unit religious teachers to undertake research on ancient Indian texts and draw lessons, which can be included in the training curricula and in military training manuals. I dare say that such recommendations are contradictory to the very understanding of new warfare. Given this, how will a new strategic document be evolved unless changes are incorporated in the training institutions.

My intention in writing this is to draw attention of the people responsible to bring about a change in institutional training and protecting the larger interests of the fighting force. Greetings being sent by military officers to political leaders on the occasion of their birthdays and tokens of goodwill gestures at the army expense is a bit of an overkill. It appears to be done for aggrandizement and desire for political gains. Hence, even more critical that Indian Army remains insulated from politics.

Hence, let us once again pledge toward preservation of our military ethos and traditions, which until now have held the Indian Army in good stead over the many centuries of war and peace.