Impact of strategic competition in the Asia-Pacific for Pakistan 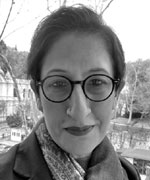 As the Sino-US competition in the Asia-Pacific picks up pace, there are chances of confrontation between the two powers. Except for India, the US does not enjoy good relations with any major country in the Asian region, enough for that nation to choose a side should geo-strategic confrontation demand so.

The US has confrontational relations with China and Russia. With the withdrawal of its forces from Afghanistan, the US also does not have good relations with Pakistan since both countries are trying to find some meaning in their bilateral relations now that the Afghanistan-Pakistan label has finally been stripped off. The US and Iran are on a path of confrontation with not much hope for the resurrection of the Joint Comprehensive Plan of Action (JCPOA) in the near future. Within the Central Asian Republics, the Russian influence keeps the US at bay leaving little room for manoeuvre and win favourites.

Turkey’s exclusion from the Summit of Democracy hosted by the US clearly signals that their relationship is at an all-time low. Given this, what does the US expect from the region it is isolated from? Perhaps too much after its performance in Afghanistan. While there is much talk and unnecessary alarm about Pakistan putting all its eggs in the China basket, there is an Indian basket one needs to visualise carrying all the US eggs since no one else is available to share the burden of an unreliable ally like the US. Even the US partners in Southeast Asia, such as Singapore and Vietnam, are sceptical of its resolve and commitment after witnessing its messy withdrawal from Afghanistan.

There are two questions of importance for Pakistan given the brewing major powers confrontation in the Asia-Pacific region, with the second one being the most significant: First, will South Asia become the epicentre of the New Cold War and Pakistan and India the proxies of China and the US respectively? Second, how do the Indo-US strategic relations, in the context of Sino-US strategic competition, impact Pakistan?

On the first question, I do not foresee Pakistan and India becoming proxies for China and the US in South Asia. This is where geography comes to the rescue. India and Pakistan both share a border with China. They do not share a border with the US. As an extra-regional force in our neighbourhood, the US has the luxury to provoke and prepare for a confrontation with China, but India and Pakistan, after all has been said and done, do not have the same luxury to choose the side of the US irrespective of the incentives.

India’s participation in the Quadrilateral Security Dialogue (QUAD), playing the China card, not only gets it a seat at the table with the US and other powers; it also gets India the strategic defence cooperation with the US to check China’s assertiveness in the Asia-Pacific region. As long as India continues to play its cards right, as it is doing so well right now, it would want to ensure that the germs of the Sino-US confrontation remain alive without it having to choose an actual side.

In its endeavour to ensure that actual confrontation with China does not take place with India at the forefront, New Delhi is encouraging the US’ NATO allies to consider an Asian NATO presence in the Asia-Pacific region. As stated earlier, the US is isolated in the region, with only India to bank on, it is therefore, in the Indian interest to drag NATO to break from its DNA and join ranks in Asia so that India is not the only one China sees as taking the lead. However, if India had taken a leaf out of Pakistan’s playbook of ‘how not to form an alliance with the US’ it would have been spared the heartache that is to follow in the coming years when the US will shift the unbearable burden of its expectations to India and ask it to deliver. One can only hope that India will play an even smarter game than it currently is.

On Pakistan’s part, enough signalling has been done to drive home the point that its strategic relationship with China is not a zero-sum game. Having said that, it wants to maintain a bilateral relationship with the US, more so post-US withdrawal from Afghanistan, and will not nurture bloc politics. South Asia, therefore, will not become the epicentre of Sino-US rivalry, which broadly speaking, lacks the characteristics of the Cold War, since the reality of armed combat between the two in the Asia-Pacific is too obvious to be ignored.

On the second question, the Indo-US strategic partnership has Sino-US rivalry at its heart. There is no doubt about it. Is the US using India to counterbalance China in the Asia-Pacific region? Yes. Renaming of the US-Pacific command to US Indo-Pacific command in 2018, signalled the importance of the Indian Ocean in the US strategic thinking, overlapping with US’ strategic interests in the Pacific. India fits the bill for the US to enhance its security architecture in the region. Pakistan understands the gravity of this reality. But while we understand why India is important for the US, why is the US important for India?

We have seen that India’s resolve and capability was severely tested against China in the Galwan valley skirmish and the Ladakh standoff. With China, India has limitations, and these were visible to the entire world when PLA killed 20 Indian soldiers in an unconventional fight in Galwan valley in which four PLA soldiers, including their commanding officer, were also killed. Had these 20 soldiers been killed at the Line of Control (LC), India’s response would have been entirely different and more aggressive.

While India sells its China threat well to the US, this is one complementarity between the two, leading them to resolve their differences, which led to the signing of BECA, giving New Delhi access to the US satellite data which is critical for targeting missiles and other military assets. India, furthermore, will continue to remain a major defence partner of the US under the Biden administration, just like it was under the Obama administration. Hence, New Delhi will be allowed to buy more advanced and sensitive technologies from the US to counter China. As long as India continues to keep the China threat alive, it has significant advantages to reap from the US.

What does it mean for Pakistan?

While India has found its anchor in China which it paints as aggressive and threatening to the US-led world order, Pakistan because of its geographic proximity to the two countries, and due to the presence of the US as an extra regional force (ERF) in the region, is directly affected by this power-mix and cannot escape the friction.

Can Pakistan maintain low-profile, with respect to how US-China rivalry plays out in the region? Yes and No.

Yes, in a sense that Pakistan will not be asked to choose one side over the other and Pakistan too should have the clarity not to allow its relationship with China be seen as a zero sum by the US and as long as that clarity remains, India will not be able to exploit the situation.

No, in a sense that agreements like BECA which allow India to utilise critical satellite data on Chinese military formations, will also expose Pakistan related data to the Indians, unless the US explicitly assures Pakistan that its data will be isolated and not shared. However, Pakistan should not be naive enough to have such an expectation from the US. If it serves the US interest to use that as leverage with Pakistan at a later time, why wouldn’t it want to retain that leverage? In this case, it will be hard for Pakistan to stay low-key and not safeguard its strategic interests by joining hands with China or other friendly countries to counter the strategic consequences of Indo-US defence cooperation.

For now, the situation is a mixed bag. There are consequences for the US-India actions against China in the region in which Pakistan clearly gets caught indirectly. One can only hope that the region moves towards cooperation rather than confrontation and if this pandemic has taught us anything, it is that we are all in this together. Great power politics can only go so far in ensuring survival and security for its allies and partners across the region.