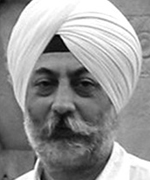 At 0100 hours on 11 December 1971, 64 Air Defence (AD) Battery was asked by Commander 16 (Independent) Armoured Brigade to move a troop forward to provide AD to a tank column stuck across the Karir Nadi in the Shakargarh Bulge (during the Battle of Chakra as part of the overall Battle of Basantar) while trying to cross it during the attack on Dehira and Chakra villages. The troop was in action at the new location by first light and successfully warded off repeated attacks by Pakistan Air Force. The Battery, under command the Armoured Brigade, continued to provide AD to the Armoured Brigade during the Battle of Basantar. In recognition of its service, 64 AD Battery was awarded the battle honour Basantar River.

64 AD Battery was under command 16 (I) Armoured Brigade during the India-Pakistan War 1971, but its operational control was exercised through the Control & Reporting (C&R) channel. The Battery carried out all moves and deployments as per the tactical requirement, and as directed by the Armoured Brigade Commander, and yet it was the C&R network that controlled the gun’s fire. Not only did the system work well but no tank was lost to enemy air action during the entire battle.

This needs recollection as command and control of ground-based AD systems (GBADS) is debated in context of the AD Command. The proposed creation of AD Command was one of the first decisions announced by the newly appointed Chief of Defence Staff (CDS). To be headed by a three-star Indian Air Force (IAF) officer, the Command aims at integrating all the air defence resources to ensure ‘optimisation of resources’ and preventing fratricide.

One of the statements of CDS Gen. Bipin Rawat on the subject that stands out is: ‘If you have to ensure there is no fratricide, for every weapon system fired in the right time at the right aircraft, the command and control instructions should come from one entity. As of now it’s not,’ he is reported to have said. According to the Hindu newspaper of 2 January 2020, Gen. Rawat made this statement in a meeting held specifically to discuss the creation of Air Defence Command.


The idea of creating an Air Defence Command is not new and has been tried out, with variations, by a number of countries but none of the leading military powers today have an Air Defence Command per se. While it may not be a reason enough for not having an AD Command, it does warrant a rethink over the question of creating an AD Command to have unitary command and control over all AD systems as the more important issue is—should the command and control instructions for AD resources come from one authority and if they do not, does it lead to sub-optimal utilisation of resources and fratricide?  The answer may well lie in history of AD Artillery.

The common practice is to have the AAD units and sub-units ‘under command’ the field army with  the control exercised through the C&R System. This has been the practice since the raising of the first Indian Anti-Aircraft (AA) Regiment in September 1940 which deployed 1st Heavy AA Battery at Digboi soon after its raising, with the Battery placed under operational control of the nearest Royal Air Force Base Operations Room. As there was no AA formation headquarter in India as yet, the command was exercised through the local formation headquarters. 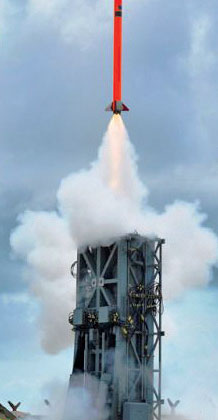 Raising of the first Indian AA Brigade came about only in February 1942 when 1st Indian AA Brigade was raised at Calcutta with the No 1 Gun Operations Room (GOR) being raised a month later. No. 2 and 3 GORs came up at Digboi and Tatanagar respectively at the same time, making it a total of three GORs covering Assam and Bengal. 1st Heavy AA Battery now came under No 2 GOR for operational control.

With additional AA Regiments being raised, the entire country was soon covered by 17 GORs which in turn were linked to seven ‘filter rooms’ of the air force, fed information by a network of over 70 radars. Forward of the Air Ministry Experimental Stations (AMES) were the Wireless Observer Units with posts across the Manipur Road and southward toward the Chin Hills as far as Arakan Hill tract.

To coordinate the AA defences and the air force, an AA officer (usually the senior most AA officer) was designated as the AA Defence Commander (AADC). The air raid warning as provided to the AA batteries by the GOR (re-designated as AA Operations Room) which engaged the enemy raiders as per detailed ‘fire control orders’ issued by the air force. One such order issued is given below: