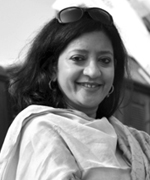 Our Hindu Rashtra: What it is. How We Got Here is that rare and valuable piece of contemporary history which must not only be read but marked for future reference. Trawling through the text (Indian Constitution) that should have determined our policies, as well as those (Hindutva literature) which eventually ended up shaping not just policy-making but our public discourse also, author Aakar Patel puts in black and white what has been the lived-in experience of a large number of Indian minorities, particularly Muslims and Christians.

Through his study of the debates of the Constituent Assembly, he shows how valiantly a few fought to ensure that India did not become a majoritarian state; and how those who wanted it, got their way through other means, largely the judiciary and the state legislatures. Most Indians, including me, thought that Indian judiciary got compromised over the last two decades, once it started tilting at the growing storm of Hindutva. But Patel’s book shows, with examples, how within a decade of the Constitution being adopted, the courts had started to interpret matters in favour of the majority religion, thereby gradually facilitating Hinduisation of our public spaces. This was so normalised that most Indians didn’t even realise when and how India became a Hindu rashtra. As the title of his book promises, Patel traces the small steps we took, one after the other, to reach at this reality. 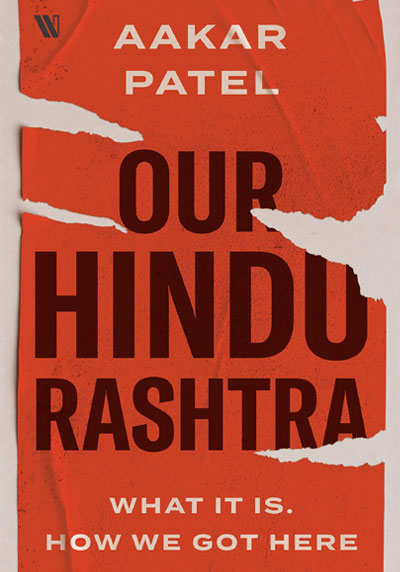 So, those who despair that India might become a Hindu rashtra can relax. We have been living in one all these years and didn’t notice. Worse, many of us felt that it still wasn’t Hindu enough.

The book is both provocative and thought-provoking. Provocative because he insists that while ‘Hindutva is… coded rigidly into the BJP’, it is no ideology and follows no ‘ism’ despite frequently being referred to as right-wing. What instead drives it is ‘“fixed prejudice”, which is anti-minority and primarily anti-Muslim.’ As a result, it can indulge in both socialistic (read left-wing) policies or free market along with espousing such liberal values as gay rights, thereby straddling both the right and the left of the political spectrum because essentially, it is driven only by ‘minority-focussed agenda because that sits at the heart of the Hindutva project.’

It is thought-provoking because it underscores the fact that the mere presence of a liberal and inclusive Constitution is not enough for a nation to be either of this. India’s Constitution did not stop its slide into majoritarianism in which the minorities survive on the sufferance of the former. To emphasise this, he draws the parallel with Pakistan which chose to become a majoritarian state constitutionally. But in the case of India, since there was resistance from several members of the Constituent Assembly, Indian politicians took recourse to state legislatures and the judiciary to push through the policies they wanted included in the Constitution to begin with but for lack of consensus they had ended up as directive principles.

From defining Hinduism as not a religion but an Indian way of life to religious conversion, cow slaughter and personal laws, elected politicians have always found a way around the Constitution to push through laws that shoved the Muslims further to the periphery. While this was one prong of the Hindutva pincer, the other was the creation of the myth that minorities were appeased by non-BJP (earlier Jana Sangh) parties at the cost of the Hindu majority. This fed into the sense of Hindu victimhood to such an extent that social engagement between the two communities progressively deteriorated, especially in areas where the Hindutva forces were in power. The chapter on Gujarat, succinctly called ‘Apartheid Ahmedabad’, highlights the systematic and legal manner in which, both, the society as well as the state government ensured that Muslims live as untouchables.


While no other Indian city can match the segregation that exists in Ahmedabad, community distancing has been a creeping reality in most Indian cities. The stories of Muslims being refused accommodation in mixed neighbourhood is commonplace now. Just as is the realisation that a substantive number among the Indian law-enforcement agencies is communally prejudiced. This prejudice does not need a law to show its ugliness. It draws its power both from the majoritarian sentiment that prevails in India today and the mob that this sentiment has fostered. Hence, the police can detain or harass anyone without charges and fear of law.

From minorities’ perspective, Our Hindu Rashtra is not a revelatory book. They have known this for years, perhaps suffered some consequences of it too. Yet, reading it in a book is so frightening, that one frequently needs to reassure oneself that perhaps things will not get worse. Yet, the unnerving question hangs in the air—if this descent into majoritarianism occurred during the terms of supposed secular governments, why wouldn’t things deteriorate further now when a larger number of Indians have seemingly given a free pass to the BJP. Even economic hardship has not wavered the faith of the people in the leadership that promises to serve the majority interests, starting with building a grand temple on the ruins of a mosque.

Perhaps, conscious of the distressing truth of his narrative, Patel wanted to end on a positive note. In his last chapter, ‘How To Fight It’, he tries to kindle hope, saying all is not lost. That as the Shaheen Bagh protests on 2019-2020 showed, mass movements can bring the government to its knees. It’s a motivating example. But the motivation is all too brief. The terrifying aftermath of the protest, the violence in Delhi and incarceration of everyone that the State deemed as troublemaker, drives home the fact that some have to pay a higher price for change. An unequal movement like this is not sustainable.

The minorities of India can inspire change. But they alone cannot be the change makers. If India has to be an inclusive, secular democracy instead of a majoritarian state, then the majority will have to speak; not just with their feet, but votes too.

OUR HINDU RASHTRA: WHAT IT IS. HOW WE GOT HERE
Aakar Patel
Westland Publications, Pg 344, Rs 799