Too much craft and prejudice has dictated government approach to Kashmir; needed now is far-sightedness 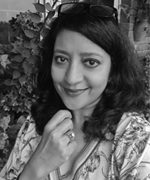 For all his faults, there is one thing that honourable home minister Amit Shah should be given credit for: introducing the nation to the concept of chronology. It is such a delectable concept that everything, including geopolitics can be explained using it. Take for instance the recent hint of warming of relations between India and Pakistan which saw exchange of love letters between the two prime ministers. Strangely worded though, but love letters nevertheless.

What is brewing, one may ask. Well, between this and that, a lot to be honest. In the end, will the concoction be worthy of the anticipation, nobody can say right now. But what can be said for sure is that a lot of interesting ingredients are being put in the slow-burning cauldron. To get a sense of what eventually may turn out, one has to understand the chronology as the wise man once said.

On 25 February 2021, the Press Information Bureau (PIB) issued a terse press release. The director generals of military operations (DGsMO) of both India and Pakistan agreed to restore the ceasefire agreement between the two countries that was concluded in November 2003. ‘With effect from midnight of 24-25 February 2021’, both sides agreed to strictly observe ‘all agreements, understandings and cease firing along the Line of Control (LC) and all other sectors’.

The unexpectedness of this alone deserved the hype and the hope. But the two DGMOs were in an indulgent mood. Hence, the joint statement didn’t stop at this. Alluding to the military leaders reviewing the situation on the LC and all along the border in a ‘free, frank and cordial atmosphere’, the joint statement went ahead asserting that ‘the two DGsMO agreed to address each other’s core issues and concerns which have propensity to disturb peace and lead to violence.’

Now it is true that the core concerns of the DGMOs are not the same as the ‘core concerns’ of the nations. But another truth is that the DGMO of Pakistan is not a mere tactical commander. He is the representative of his army chief, who is one of the key determinants of Pakistan’s foreign policy. The Pakistan Army’s core concern, which was embraced by the nation in 1948 after its first war, has been Jammu and Kashmir.

In the same vein, the Indian Army’s core concern vis a vis Pakistan for the last several decades has been cross border infiltration and terrorism. Incidentally, this is also government of India’s core concern. Hence, safe to say that when the DGMOs referred to each other’s core concerns, they were talking about the national concerns and not merely some border/ LC related tactical issue. How exactly will these core concerns be addressed?

For Pakistan to address India’s ‘core concern’ is simply the matter of turning off the tap. It has a lot of experience in doing this. Remember the years 2004-2008, when India-Pakistan was talking to one another through several channels, including official. The relations were as normal as they had been in several years. There was trade, cricket, movies, collaboration between think-tanks and educational institutions etc. Kashmir was also at its most peaceful since the beginning of the armed insurgency in 1989. Tourism was at its peak. New luxury properties were opening in the Valley. The government of India seriously considered revoking Armed Forces (Special Powers) Act from select districts.

All this was possible because the ‘core concerns’ of both countries were being addressed. Since India was seriously discussing the Kashmir issue both with Pakistan and with the people of Kashmir with the objective of a resolution, Pakistan had stopped cross-LC infiltration. Perhaps, even the ‘local boys’ were either asked to lie low or they developed stakes in probable peace.

Given this, it is not difficult for Pakistan to once again stop cross-LC infiltration and terrorist violence in the hinterland. But how will India address Pakistan’s core concern? Chronology to the rescue.

Pakistan held its first and most ambitious conference called Islamabad Security Dialogue on March 17-18. It was inaugurated by Prime Minister Imran Khan and included a few American and Chinese speakers in addition to a wide range of Pakistani diplomats, politicians and analysts across the political spectrum. The keynote address was delivered by chief of army staff General Qamar Javed Bajwa on March 18, in a ‘by invitation’ only session.

While both Imran Khan and Gen. Bajwa spoke of cooperative peace in South Asia and Kashmir, given that it is Pakistan, latter’s talk was watched very carefully in India. Commentators split hair on how Gen. Bajwa did not refer to the UN resolutions on Kashmir unlike the Prime Minister and that this could signal a shift in Pakistan’s position on Kashmir.

The truth is, Pakistan Army Chief was emphatic about Kashmir being the core issue between the two countries. According to him, ‘Stable Indo-Pak relation is a key to unlock the untapped potential of South and Central Asia by ensuring connectivity between East and West Asia. This potential, however, has forever remained hostage to disputes and issues between two nuclear neighbours. Kashmir dispute is obviously at the head of this problem. It is important to understand that without the resolution of Kashmir dispute through peaceful means, process of sub-continental rapprochement will always remain susceptible to derailment due to politically motivated bellicosity. However, we feel that it is time to bury the past and move forward. But for resumption of peace process or meaningful dialogue, our neighbour will have to create conducive environment, particularly in Indian Occupied Kashmir.’

Incidentally, shortly after the DGMOs’ statement of February 25, a journalist known to be close to the national security advisor (NSA) Ajit Doval reported that the two NSAs had been in secret conversation with each other for months. Though Pakistan NSA Moeed Yusuf denied this through his Twitter account, probably because of the ‘unresolved’ mechanism for addressing Pakistan’s ‘core concern’, it is quite likely that Doval conveyed to Yusuf that statehood would be restored to Jammu-Kashmir Union Territory and state elections will be held shortly. He probably left the issue of talking on Kashmir unsaid, implying that once Pakistan stops cross-LC terrorism, other issues could be taken up.

Hence, even as Islamabad Security Dialogue got underway on March 17, former BJP ally and chairman Jammu and Kashmir People’s Conference Sajad Ghani Lone made his way to the residence of People’s Democratic Party’s (PDP) leader and former deputy chief minister of the state of Jammu and Kashmir Muzaffar Hussain Baig. Lone, who has made no secret of his ambition of wanting to be the chief minister of the state, urged Baig to join his party. Harking back to Baig’s political debut under the patronage of Sajad’s deceased father Abdul Gani Lone, he asked the PDP leader to ‘return home’.

Baig, ostensibly, allowed himself to get persuaded by Lone and happily returned home. It’s another matter that the homecoming was in the works for a few weeks, probably around the time Doval was secretly confabulating with his counterpart. Hence, on the morning of March 17, Lone had called up his trusted mediapersons to accompany him to Baig’s house. What was the point of homecoming if the world didn’t get to know?

A week and half later, former members of Jammu and Kashmir state assembly, both from the National Conference (NC) and the PDP, including one former minister Basharat Bukhari, also expressed confidence in the leadership of Sajad Lone and joined his party. Incidentally, in the last state assembly, Lone’s party had managed only two seats in the Valley. Hence, the only reason, former ministers and members of the state legislative council are flocking to him is the belief that Lone has New Delhi’s support and he will helm the government in the new state of Jammu-Kashmir.

Lone is not the only politician who is working the ropes. Another hopeful who is seeking both forgiveness and rehabilitation is former bureaucrat-turned-politician Shah Faesal. A veteran of multiple short careers, Faesal had resigned as a bureaucrat, likening his tenure to imprisonment, in January 2019. He launched his political party, Jammu and Kashmir People’s Movement, in March 2019 on the plank of safeguarding Kashmir’s unique status and finding a solution to the protracted issue through the ‘will of the people.’

On 5 August 2019, the government of India snatched away the special status, which Faesal vowed to protect. Eventually, he was arrested like other Jammu and Kashmir politicians while trying to leave the country on August 19. He was finally released in June 2020 after 10-month detention. Thereafter, he publicly quit politics. After keeping a low profile for several months, he has been reinventing himself as a ‘nationalist’ Kashmiri by loud proclamations on the social media. His most recent attempt at redemption has been an essay written for obvious pro-government portal. In a long-winded piece, a large part of which dwells in the past to show how Kashmir and Kashmiri people were repeatedly betrayed by Congress politicians, he concludes by hailing the end of Article 370 and 35A as removing ambiguity about the state’s status and facilitating the end of the separatist sentiment.

So, what’s cooking? Just the rehash of what has happened several times in Kashmir—manufacture of public sentiment and imposition of Centre-created democracy. And the government believes that it holds a strong hand. By revoking Article 370 and 35A, New Delhi has given itself an extremely long rope on Kashmir resolution. For example, by restoring statehood to the Union territories it would demonstrate forward movement on Kashmir and expect reciprocity from Pakistan on cross-LC infiltration. If Pakistan doesn’t keep its part of the bargain, there won’t be any talks. But if it does, then talks can start on non-Kashmir outstanding issues and the so-called ‘low-hanging fruits’. If at all the Kashmir issue is raised, first on the table would be restoration of the special status. Resolution of the dispute would be further down the rope if talks are sustained. In the meanwhile, the fact that the two sides are talking, and a chief minister is in the office would temper the separatist sentiment too.

In all this, New Delhi believes that Pakistan would play along because it is trying to recast itself as a progressive nation to curry favours with the new American dispensation, as well as to stay on the right side of Financial Action Task Force (FATF).

All very well, except that the government has overlooked two critical ingredients that can spoil the broth. One, the third party in Kashmir—China. And two, Pakistan’s propensity to take risks in order to safeguard what it believes is its core concern. It did so during the US war in Afghanistan, despite the mobilisation of the Indian Army on its eastern front. And it did so in November 2008, when it sensed that India’s commitment to Kashmir resolution, despite the long-drawn back-channel talks, was suspect.

Craft has a place in politics. But it is no substitute for pragmatic and far-sighted policymaking. For too long, the government of India has conflated former with the latter. However, there is only this far one can ride on craft. On matters on national security, craft can actually land one in deep trouble. India seems to be heading that way.