The nation commemorates 20 years of the Kargil conflict

Vijay Diwas, marking the 20th anniversary of the Kargil victory, was celebrated in a series of events across the country on July 26. The President and the supreme commander of the Indian armed forces Ram Nath Kovind paid tribute to fallen soldiers at Badami Bagh cantonment in Srinagar. The Chief of the Army Staff General Bipin Rawat along with Chief of Air Staff Air Chief Marshal B.S. Dhanoa and Chief of the Naval Staff Admiral Karambir Singh visited Kargil War memorial at Drass. 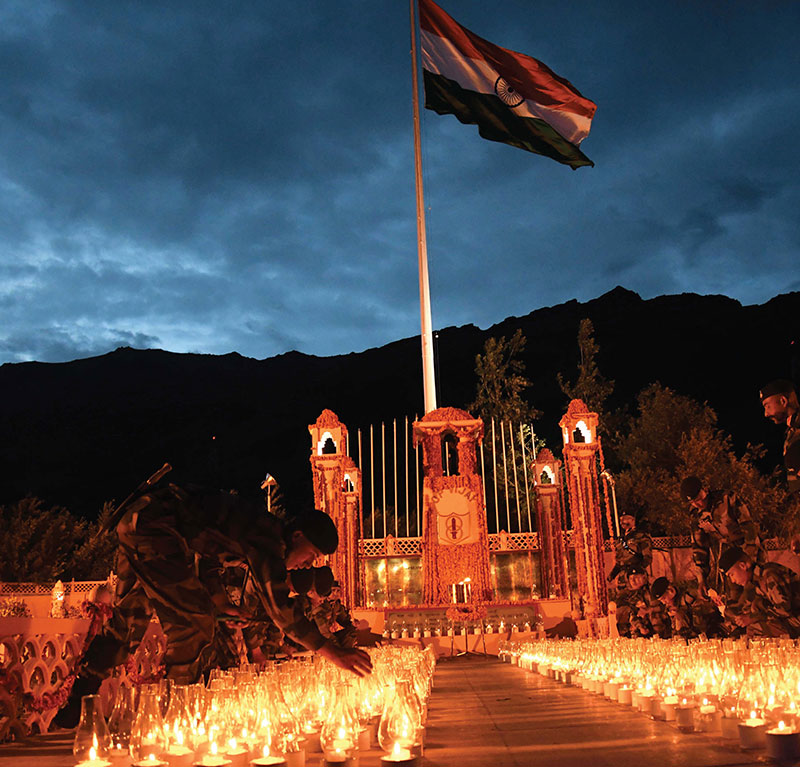 The Indian Navy also set up pavilions at two shopping malls in Mumbai. The pavilion consisted of an artistic tableau of warships in the Arabian Sea which was developed in-house by MO (Mumbai)’s technical staff.


Additionally, the MoD, in coordination with MyGov.in, organised an online quiz competition from July 26 to August 4 to create a patriotic feeling among youth and masses.

Here are glimpses from nationwide celebrations.