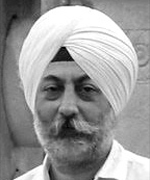 The origin of Indian Anti-Aircraft artillery goes back about eight decades, to 1940, when a group of British officers and NCOs from the 8th Heavy Anti-Aircraft Battery of Royal Artillery with a few selected VCOs of the Indian Artillery reported to the Gun Carriage Basin in Colaba, Bombay (now Mumbai) on 14 September 1940. They had been selected to establish the 1 Indian Technical Training Battery including the nucleus of the ‘R’ HAA Regiment; the first Anti-Aircraft unit of the Indian Army. From these modest beginnings, the Anti-Aircraft (AA Artillery) soon eclipsed its more senior cousins; the Field and Mountain Artillery and at one stage, India had more AA Regiments than any other theatre of operations barring the Great Britain.

The AA Regiments served in varied theatres during World War II, from Singapore in the Far East to Iraq in the Middle East. They had a chequered history, serving with honour in all theatres; and also suffered numerous losses but none of the AA Regiments had more tragic history than the first AA Regiment of India Artillery, the ‘R’ Heavy AA Regiment.

The Regiment had not even completed its raising when No 1 Heavy AA Battery was sent to defend the Digboi oilfields in Assam. Soon thereafter, the Regiment (less the No 1 Battery) sailed to Singapore in August 1941 as part of the reinforcements rushed to Malaya Command. To beef up the light AA defences in Malaya, 1 and 5 Light AA batteries were also despatched and were attached with the Regiment. With 1,250 Other Ranks and 111 Followers, officered by only 12 British officers of the Royal Artillery and Nine VCOs, it was an unusually large Regiment even by the standards of Anti-Aircraft Regiments of that time when it reached Singapore. And yet, the numbers were least of its problems.

5th Light AA Battery attached with the regiment created a linguistic and cultural problem as the Regiment was made up of Punjabi Muslims and Sikhs but the Battery had South Indian troops. With Urdu as the lingua franca of the Regiment, it took some effort to assimilate the troops into one cohesive unit.

As the Regiment settled down in the Chick Abu Camp in Singapore, the abysmal living conditions coupled with hot, humid tropical weather took its own toll and a large number of gunners fell sick to the tropical diseases. It took some time getting used to the weather as the gunners toiled to learn the ropes.

Moreover, the Regiment was asked to take over not only 60 of the light AA guns but also a fair number of static AA guns at the naval base. With no training or past experience of having operated these guns, the Regiment had to put in an extra effort to be operationally ready before the Japanese offensive. Even as the Regiment was still under training, it was deployed and its responsibilities included almost all the important sites in Singapore including the air bases at Tengah and Selatar and Naval Base East.

While the Regiment was undergoing intensive training, it was augmented by arrival of 30 British officers and 96 British Other Ranks. It was just in time as Singapore was raided by Imperial Japanese Air Force on the December 7. By now, the Regiment had been given additional responsibility of defending Alexandra, Normanton, Oil Depot at Krangi and the supply depot at Bukit Timor.

The Japanese aircraft were engaged by the AA guns deployed at the air base and the Naval Base East, though no aircraft could be shot down. After a lull, the Japanese air raids intensified by end December and it was during this period that Havildar Sham Lal and Gunner Balbir Singh were awarded the Indian Distinguished Service Medal (IDSM) for their act of gallantry while deployed at Tengah air base; the first Indian AA gunners to be so awarded.


As the Japanese over-ran Malaya and threatened Singapore, the Allies tried to re-organise themselves to repel the expected invasion. But with depleted formations and units, the defences were not strong enough to hold back the Japanese troops. As the Allied defences were rolled up, the Anti-Aircraft gunners fought valiantly to not only hold the imperial Japanese Air Forces at bay but also to support the infantry, using their guns in direct firing role over open sights. In one of the actions, a troop of the Regiment fought on with small arms amid smoke, flames and mortar fire with the Troop Commander, Lieutenant John A. Hopson earning himself a Military Cross — the first from Indian AA Artillery to be so awarded.

Such acts of bravery and gallantry were sadly not enough to hold back the advancing Japanese. Moreover, there were simply not enough AA guns to put up a meaningful fight, their inadequate numbers meant that they could offer only a token resistance to the Japanese aircraft and with the loss of the Bukit Timah ammunition depot in one of the raids, the light AA guns were left with only the ammunition they were carrying. Before long, the token resistance that the AA guns were offering was also over and the gunners were now fighting back with their small arms. Lieutenant Colonel John Rowley Williamson was awarded the Distinguished Service Order (DSO) for his outstanding leadership in face of adversity. He was the first, and only, person from the Indian AA Artillery to be honoured during the war.

On February 15, faced with a bleak future as the supplies and especially water were running out, the Allied surrendered. It was a major victory for the Japanese as over 1,00,000 Allied troops laid down their arms, amongst them were the gunners of 1st Indian Heavy Anti-Aircraft Regiment.

The misery of the gunners only increased as they were held captive in Singapore and were later shipped out on prisoner transports known as ‘hell ships’ to other parts of Asia, to be used as forced labour.

The Regiment lost over 320 gunners during, and after, the war with only the memorial at Singapore bearing silent testimony to the bravery of these gallant gunners. The names of the fallen gunners include Gunner Dadu Khan, Son of Khan Zaman and Mehr Nishan, of Mithial, Attock and Gunner John MJ, Son of Yohannan Kutty and Sosamma, of Vannuzi, Quilon, India; husband of Chochamma, of Vannuzi.

These names are all that remain of the Regiment as the 1st Indian Heavy Anti-Aircraft regiment was never raised again; dying as it were with the surrender on 15 February 1942; never to be resurrected.

The history of a pioneering and gallant Regiment that won a DSO, a Military cross and the very first IDSMs by Indian AA Artillery ended in a tragedy.