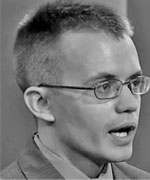 The Taliban’s rapid takeover of Afghanistan has resulted in a plethora of predictions about what might come next for the broader Central & South Asian region. Most of these forecasts are negative considering the group’s prior ties with international terrorist organisations and its previous history of ruling over the country with a very heavy hand.

Moreover, the Taliban is still designated as a terrorist group by the international community, including Russia and China despite those two having developed pragmatic political ties with it throughout the course of the Afghan peace process. The challenges ahead for a Taliban-led Afghanistan are therefore very formidable and shouldn’t be downplayed, but the future might not be full of doom and gloom either.

There’s close to no realistic chance that the Taliban will be overthrown again anytime soon so the world will have to learn to live with it once more. The international situation has drastically changed since the group was last in power and this time some members of the international community might cautiously welcome it into their ranks for reasons of simple pragmatism. This is conditional of course on the Taliban keeping its promises to cut ties with international terrorist organisations and to respect minorities and women’s rights. It remains to be seen how sincere it is in these respects, but Russian officials have expressed optimism about everything since the Taliban returned to power. This suggests that the group might have truly changed.

If Russia’s and China’s high hopes about the Taliban’s new leadership style are met, then Afghanistan has a chance to function as the integral component of Central and South Asia’s multipolar future if those two eventually recognise the group as that country’s legitimate government. These Great Powers have very ambitious plans for turning Afghanistan into the fulcrum of their complementary regional integration visions. February’s agreement to build a Pakistan-Afghanistan-Uzbekistan (PAKAFUZ) railway will enable Russia to reach the Indian Ocean like it’s wanted to do for centuries while China’s Belt & Road Initiative (BRI) can transit through Tajikistan and Afghanistan via a ‘Persian Corridor’ to reach Beijing’s new strategic partners in Iran.

These crisscrossing connectivity projects intersect in Taliban-led Afghanistan, which is another reason why it’s so important for both of them to retain pragmatic ties with that country’s de facto leaders. They also want the Taliban to fight against international terrorist groups like ISIS-K, which is in everyone’s security interests and would greatly assist the group’s global rehabilitation if it presents itself as the world’s vanguard force against one of the most infamous organisations in history. Only by ruling Afghanistan in a just manner which ensures its domestic stability in parallel with rooting out all regional terrorist threats can the Taliban earn Russia’s and China’s trust enough to play this integral role in the broader region’s multipolar future.

Although the Taliban of course aspires for greater recognition than from just those two Great Powers, Russia and China are influential enough to inspire their regional partners to follow their lead with time. Even if only they, Pakistan, Iran, the Central Asian Republics, and perhaps Turkey too, recognise the group as Afghanistan’s legitimate government, that would still be sufficient for starting Afghanistan’s multipolar reconstruction process. The estimated USD3 trillion of rare earth minerals under its soil can be extracted by some of those countries’ companies after they develop the appropriate infrastructure for doing so, with the proceeds possibly being redistributed throughout society in order to help average Afghans if the Taliban has the will to do so.