The Indian Air Force (IAF), on March 25, officially inducted the Boeing Chinook CH-47F (I) heavy-lift helicopter into its inventory. Giving a significant fillip to the IAF’s strategic heavy-lift and tactical air-lift capabilities, the IAF’s first modern heavy-lift chopper was inducted at a special ceremony at Air Force Station Chandigarh where the Chief of Air Staff Air Chief Marshal B. S. Dhanoa presided over as chief guest.

At the ceremony, the first four of 15 Chinooks, ordered from Boeing in September 2015, were commissioned into the IAF’s 126 Helicopter Unit. The 126 helicopter unit presently has only two operational Mi-26 helicopters procured from the erstwhile Soviet Union in the late Eighties.

The acquisition of Chinooks will not only boost India’s defence preparedness along the eastern and western borders but will be instrumental in future Humanitarian and Disaster Relief (HADR) and support missions.

Chinooks are a ‘national asset’ and a ‘game changer’ for the IAF, ACM B.S. Dhanoa said at the induction ceremony. Given the platform’s versatility, high-altitude landing, and all-weather day-and-night operation capabilities, the Chinooks would ‘redefine’ the IAF’s strategic heli-lift capabilities.

Addressing the attendees at the induction ceremony, ACM Dhanoa said, “Our country faces a multitude of security challenges. We require vertical lift capability across a very diversified terrain — places from the sea level to high-altitude landing grounds. We have procured the Chinooks with India-specific enhancements to increase the flexibility of the platform across the entire spectrum of heavy-lift operations, including search and rescue and air ambulance roles.”

According to Boeing India’s newly appointed president, Salil Gupte, the Chinooks will prove to be a ‘significant force multiplier’ for the IAF. The first batch of Chinooks arrived in Chandigarh from the US in a semi-knocked down condition last in February this year. The first batch of four helicopters has been delivered on schedule and the last batch is expected to be delivered by March 2020.


During the ceremony, ACM Dhanoa also informed that one unit of Chinooks would be deployed in Chandigarh while the other would be deployed in Assam. A move that clearly demonstrated India’s intentions to ramp up preparedness along the country’s western and eastern front.

It is currently in service with the US Army, US Army Reserve, and US National Guard and along with the armed forces of more than 19 countries including Canada, the United Kingdom, Netherlands, Japan, Italy, Greece, Spain, South Korea, Australia and the United Arab Emirates. 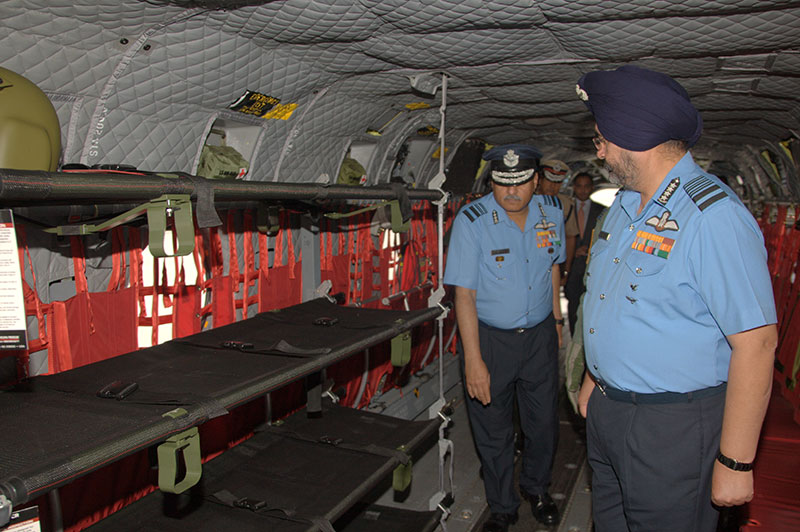