The recent furore over the drone attack on the Indian Air Force (IAF) air base in June has brought out the lack of preparedness with regards to anti-drone technologies within the armed forces. The use of small drones to undertake various missions against the Indian military has steadily increased over the years and it beggar’s belief that until the recent drone strike, a concerted effort to procure sufficient numbers of counter drone systems for defence of airbases and other crucial military infrastructure was not already underway. 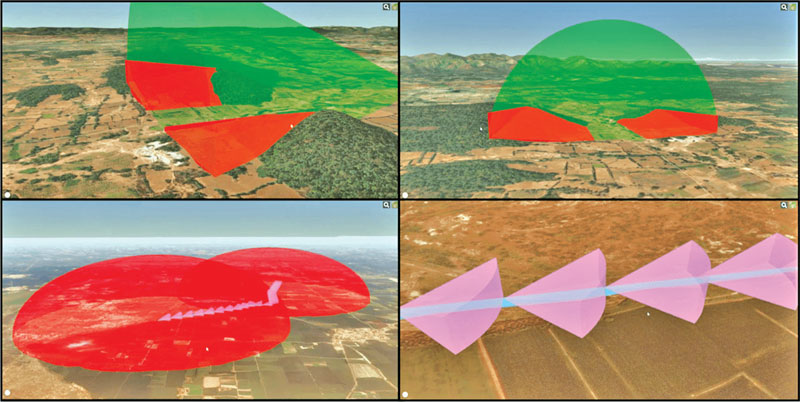 However, the question remains that whether the army units located in forward areas are equipped with the ability to defend themselves against a similar threat from an adversary? Contrary to public perception, drone and counter-drone technologies are highly specialised and require years of training for their operating crews to attain proficiency. While emergency purchases can tide over immediate requirements, inducting these systems in large numbers across the armed forces and creating the necessary operational and training infrastructure could take close to a decade, leaving India vulnerable to drone attacks.

While the damage created by attacks such as the recent strikes against an air force base carried out by a few drones is not extensive, future attacks may prove costlier. Drones allow an attacker to reach any target in any location without risk to their own personnel. Their small size and low noise signature make them especially suited to espionage and low-intensity strikes with payloads ranging from surveillance cameras, weapons, explosives, hazardous chemicals, etc. Small UAV’s allow the adversary to not only target opposing force tanks and other military vehicles or installations but also groups of military personnel or any targets of opportunity, which maybe timebound. Such drone operations by non-state actors also present the armed forces with limited retaliatory options.

Over the last few years, there appear to have been only token efforts by the Defence Research Development Organisation (DRDO) to develop anti-drone technologies. Two of India’s major defence partners, Israel and Russia, are acknowledged as global leaders in anti-drone technologies, yet these partnerships were not leveraged to introduce state-of-the-art counter drone system technologies in the large numbers needed nationwide.

Only a single anti-drone system made it to a recent list of 11 DRDO developed systems that are likely to enter service between 2021-2023. A clear indication that sufficient priority has not been provided to create the large ecosystem necessary for the development of anti-drone technologies to thrive in India. Conventional air defence systems presently available with the armed forces are designed to detect large, fast moving aerial objects and are largely ineffective against small, low flying and slow-moving drones. Unfortunately, this also means that much of the knowledge gained by the development of indigenous Surface to Air Missile (SAM) systems such as the Akash or even the L-70 air defence gun upgrade is not very useful in developing anti-drone systems (even against MALE and HALE drones).

Counter drone systems are a far cry from conventional air defence systems in service today, which are large, unwieldy and unsuited to the task of drone defence. An effective Counter Unmanned Aircraft System (C-UAS) must be able to engage UAV or drones in the size range of a few centimetres to few meters.

These UAVs can also have payloads ranging from a few grams to a few kilograms across small hybrid UAVs, Micro/ Multi rotor UAVs and Nano UAVs. Larger Medium Altitude Long Endurance (MALE) and High Altitude Long Endurance (HALE) drones could still be tackled by current air defence systems. Unlike conventional military aircraft or helicopters, drones are available in a variety of sizes with the ability to fly high, low, fast or slow and as a result, C-UAS systems must be able to swiftly locate, track, verify, identify, classify and finally engage the drone target. This is easier said than done and there is also the need for C-UAS systems to be highly mobile presenting challenges of performance, weight, power consumption and portability.