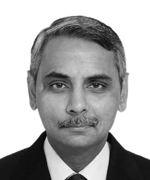 One of the most anticipated Request for Proposal (RFPs) amongst the many that are at various stages of discussion is the one for Project 75(I), a programme for the indigenous construction of six conventional diesel-electric submarines by an Indian entity in collaboration with a foreign submarine builder. This is also the first programme being progressed under the Strategic Partnership (SP) model. This programme, the first Acceptance of Necessity (AoN), which was issued more than a decade ago, has had many ups and downs (with more of the latter) since then and is presently awaiting yet another AoN from the Defence Acquisition Council (DAC) headed by the defence minister which would allow it to progress further. Once the AoN is accorded, it is hoped that the RFP will be expeditiously processed within the ministry of defence (MoD) and issued.

The reasons for this delay are many; the complexity of the process, the lack of professional expertise in the MoD, the reluctance of the Indian Navy to take ownership of the programme and inadequate political direction to ensure timely progress despite its criticality for India’s national security and the many challenges it faces.

There are two fundamental philosophies driving the procurement of military hardware in India. First is that the equipment should be proven and should preferably be in service with the armed forces of the country of origin and second, it should be the cheapest amongst those that meet the basic minimum requirement of the armed forces. This approach is not surprising in a risk-averse and price-conscious MoD; however, the insistence on L1 (lowest cost) in a competitive bidding process where the lack of professional experience or expertise of the generalist bureaucracy limits their understanding to seek a more comprehensive method of price discovery through a weighted matrix which includes other parameters like cutting edge features, transfer of technology, lifecycle support and a host of others. 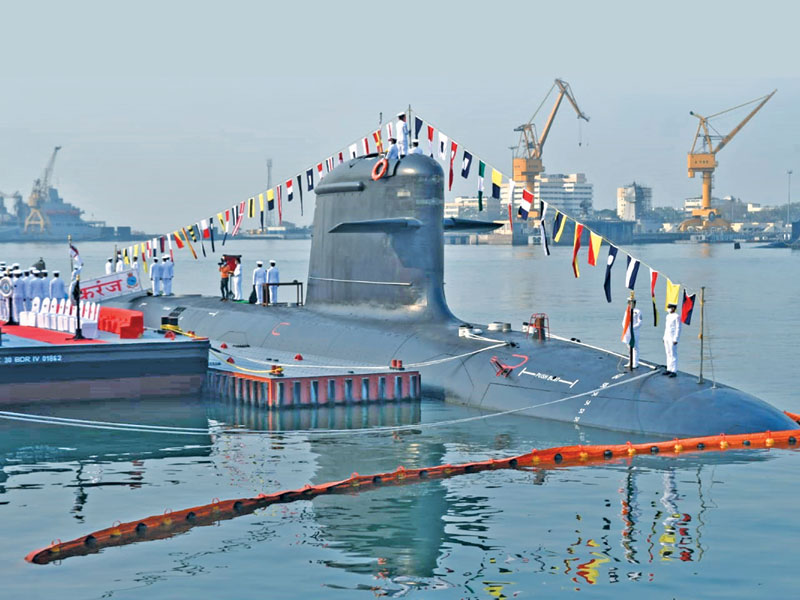 This leads to creating a competitive bidding scenario more for the sake of competition than gaining anything substantial from it and more often than not ignores the military’s preference for a particular equipment based on experience and professional expertise. Driven by the Defence Acquisition Procedure (formerly known as the Defence Procurement Procedure) which has grown from 200-odd pages to 700-odd pages in the last six years, which provides the MoD the excuse to be inflexible in its approach, these two approaches deliver neither the best nor the cheapest. The Project 75(I) is also likely to become a victim of this inflexible adherence to the DAP which instead of being a facilitator has instead become a victim of the procedure itself.

In 2016, the MoD introduced the SP model with the stated aim of enhancing private sector capacity to augment the existing manufacturing capacity in four high technology big-ticket areas—submarines, fighter aircraft, helicopters and armoured vehicles. Project 75(I) is the first programme being processed under the SP model and is being closely followed by another naval programme for 111 Naval Utility Helicopters (NUH). These two programmes will form the crucible that will decide the fate of this model. When this model was first introduced as Chapter 7 of the DPP 2016, a host of ambiguities were highlighted by industry, the industry associations, original equipment manufacturers (OEMs), experts and other stakeholders. However, the MoD paid little heed to these with the result that the DAP 2020 has replicated Chapter 7 with no changes and in the four years since its promulgation, the SP programme is still awaiting its first AoN.

While the Indian MoD grapples with the complexities of this procedures, technology continues to advance and nowhere more so than in the development of modern weapons and platforms. In fact, India’s submarine acquisition saga is in itself a telling commentary on this lag between the two.

The recent commissioning of INS Karanj on 10 March 2021 has been hailed as a major boost to India’s undersea warfare capability. There is no doubt that she is a valuable addition to India’s conventional submarine fleet, almost 75 per cent of which is more than 30 years old, though modernised at regular intervals. Karanj is the third of six submarines being built indigenously in collaboration with the French company Naval Group under Project 75, the contract for which was concluded in 2005. Hence, the technology being inducted in the third decade of the century is of the turn of the century since most equipment on board was already in production at that time. The last submarine of this programme is unlikely to be commissioned before 2024-25 with technology that will be three decades old.

While these submarines are of a comparatively more modern design than those already in service and offer better stealth features, their constraints restrict their ability to shape the undersea battlespace to advantage and deliver the desired effect. Perhaps the most glaring deficiency in these submarines is the lack of an Air Independent Propulsion System (AIP). An AIP system greatly enhances a diesel-electric submarine’s dived endurance (three to four-fold depending on the operating profile). It was first operationalised by Sweden in 1989 and since then has almost become a standard equipment on most modern conventional submarines, particularly those of western origin.

Pakistan got an AIP on board its third Agosta90 B submarine in 2005 (the MESMA system from Naval Group, the collaborator in Project 75) and now the first two of the class have also been retrofitted with the system. The eight Type 039 submarines likely to be given by China by the end of this decade will also be AIP capable. In a limited littoral battlespace as exists in the Arabian Sea, this capability is a major force multiplier and greatly enhances a submarines operational profile. In the Indo-Pacific, AIP submarines are being operated by all leading navies including Japan, South Korea, China, Singapore and of course, Pakistan. Surprisingly, Russia has still not been able to successfully operationalise an AIP system despite a lot of effort, its claims to the contrary notwithstanding.

The Indian Defence Research and Development Organisation (DRDO) recently announced the successful trials of its indigenously developed AIP on the land-based prototype of the subsystem. This AIP is planned for retro-fitment on the six Project 75 submarines as and when they undergo their first major refit which is usually five to seven years after commissioning. However, that is subject to the successful development and production of this AIP for fitment and operation on board which could in itself present a considerable challenge. However, if all goes well the first AIP fitted submarine should go to sea by 2026 or so and the last of the six in the early years of the next decade.

While India is still contemplating the fitment of AIP on its submarines, the world is moving on. In 2020, Japan became the first navy in the world to equip its submarines with lithium-ion batteries instead of the traditional lead-acid batteries on its newest Soryu class submarine and dispensed with the AIP system on board. Lithium-ion batteries, despite their advantage of enhancing a submarine’s high speed dived endurance vis-à-vis the traditional lead-acid batteries had hitherto been considered too risky for submarines. South Korea intends to equip its latest submarine, the first of the KSS-III class, with lithium-ion batteries mated to an AIP system thus addressing the tactical constraints of both, low and high speed dived endurance.