In the present geo-political environment, conventional nuclear deterrence is crucial 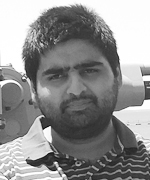 In his book titled Limited War in the Nuclear Age, Morton H. Halperin argued that fears of expansion from local to central wars pressurise decision-makers into contracting or terminating wars. That said, the pressures reduce when both states are convinced that the strategic balance is impervious to tactical and theatre-level operations. Halperin’s analysis is right in-line with Glenn Snyder’s famous Stability-Instability Paradox.

The concept that attributes violence at lower rungs of the escalation ladder to stability at the higher ends of the conflict spectrum has been a vital part of the strategic discourse in South Asia in regard to its applicability. The contextualisation of the concept in the South Asian theatre is difficult due to the difference between the Indo-Pak dyad and the US-USSR one during the Cold War.

However, post-1998 South Asia has been typified by instances of crises involving the use of force. This phenomenon has merited a great deal of scholarship and inquiry from across the globe. The subject of disquisition has revolved around the stability of bilateral deterrence between India and Pakistan, given each side’s proclivity to resort to the application of force under the nuclear umbrella. While nuclear deterrence continues to feature prominently in the dyad’s deterrence calculus, it is not the be-all and end-all of deterrence in South Asia.

Conventional deterrence is another element that deserve more attention and scholarship than it is getting now. The value of conventional deterrence cannot be understood in its entirety without assessing the politico-military landscape of South Asia, and the role that nuclear weapons have played in the region.

Lying in close proximity to the Central Asian Republics (CARs) and at the heart of the Indian Ocean Region (IOR), South Asia is an ideal region for reaping the fruits of the ascendancy of geo-economics over geopolitics. However, regional integration, based on economic connectivity, remains limited to flowery verbiage by officialdoms, primarily because of the simmering tensions between nuclear-armed arch-rivals, India and Pakistan. Long-standing disputes have led to wars, crises and bouts of acrimony. The unresolved issue of Kashmir remains one of the core threats to regional peace and security.


More menacingly, the decades-old Kashmir conflict has once again intensified after India de-operationalised Articles 370 and 35-A, stripping Kashmir of its autonomy. As a party to the Kashmir conflict, Pakistan has taken umbrage at India’s unilateral actions believed to be in violation of not only the United Nations Security Council (UNSC) resolutions, but also the spirits of the Simla Accord and the Lahore Declaration. India’s August 5 gambit and its heavy-handed policies towards Kashmir have shrunk the window for dialogue that was opened by Pakistan’s Prime Minister Imran Khan after assuming power in 2018. As things stand today, the Kashmir issue has brought both countries on the cusp of yet another military engagement.

What perturbs watchers is that the restraint shown by either PM Khan or PM Modi, will be politically, tactically and strategically untenable in the future. In other words, escalation control could be harder in a future Indo-Pak conflagration. This has got a lot to do with the belief that both sides can apply force and engage in tacit bargaining while respecting what Thomas Schelling called ‘focal points’. Though Pakistan toyed with dangerous kinetic options during the Kargil conflict, its nuclear learning has improved over the past decades. India, on the other hand, has shown the will to shift gears from attaining deterrence to now pushing to achieve compellence vis-à-vis Pakistan. India’s military doctrines, from Cold Start to Land Warfare Doctrine allude to efforts to compel adversaries through the application of force. Under the Action-Reaction Model, Pakistan also has come up with the means to thwart India’s designs of limited wars, both conventional and nuclear.

It is, therefore, reasonable to enunciate that given ongoing tensions and with no off-ramps in sight, the streak to use kinetic means to achieve political aims will be more pronounced.

Why Conventional Deterrence is Important?

The preceding discussion is instructive for those who deal with the nuances of deterrence. It is important to note that ever since the overt nuclearisation of South Asia, the nuclear factor has not dictated both countries’ decisions to use force in a given theatre, right from the Kargil conflict to the Pulwama crisis. However, that does not imply that nuclear weapons have had no role in South Asian crises after the two countries bared their teeth in 1998.

Apart from eliciting third parties’ attention towards a robust diplomacy in South Asian crises, nuclear weapons’ sheer ability to engender, what McGeorge Bundy called existential deterrence, has continued to play on the minds of decision-makers in India and Pakistan. Right from the Kargil conflict to the Pulwama crisis, the initial intensity and scope of force application has been limited. One of the points that explains the difference between the pre-nuclearisation playbook and the post-nuclearisation one is India’s response to Pakistan’s Operation Kohe Paima in Kargil.

Pakistan’s Kargil operation was right out of the playbook that it used in Operation Gibraltar and Grand Slam in 1965. However, India’s responses to both provocations were entirely different. While India did shy away from opening frontages in Lahore and Sialkot in 1965, it remained committed to not crossing the Line of Control (LC) during the Kargil conflict. Nuclear deterrence was at play one way or the other. The problem of the states admitting the efficacy of nuclear deterrence was highlighted by Robert Jervis. He wrote: “To project an image of high resolve and preserve their bargaining power for future confrontations, states have an interest in minimising the extent to which others believe that they were influenced by their adversary’s threats, especially threats to use nuclear weapons.” Similarly, Pakistan’s de-escalatory moves during the Pulwama crisis could be attributed to the fear of further escalation till the nuclear level.

While nuclear weapons have kept both India and Pakistan from launching large-scale attacks, and forced it to resort to limited military options to eke out politico-military advantages. Nuclear weapons have successfully brought down the scale of initial incursions from colossal to limited. However, relying on the absolute weapon to keep the conflict limited is an idea littered with dangers. This is where conventional deterrence comes into mix in South Asia.

In his seminal book, Conventional Deterrence, John Mearsheimer defines conventional deterrence as denying the aggressors their battlefield objectives through conventional forces. His theory is not merely reliant upon numbers or the military balance but also on military strategy. The idea is to have the ability to deny an aggressor a quick victory. All this befits South Asia and Pakistan, in particular. Ever since the nuclearisation of the subcontinent, India has shown exasperation in being unable to control Pakistan’s so-called sub-conventional activities. Its way out of the paralysis was for it to come up with a doctrine that gave it enough time to punish Pakistan before third-parties let Pakistan go scot-free. Thus, time is of the essence for India. Conventional deterrence then becomes all the more important for Pakistan. The more Pakistan denies India chances of achieving escalation dominance at lower rungs and levels scores like it did after the Balakot strikes, the less is India likely to be deterred from crossing the line.

On the contrary, a weak conventional deterrence mix will not only lead to instability by increasing the reliance on nuclear deterrence but will deride the credibility of Pakistan’s nuclear deterrence as it is not the panacea for all conflicts along the conflict spectrum. It is not wrong to contend that nuclear weapons are effective deterrents for airstrikes or pinpricks on the LC or the International Border (IB) for that matter. Theatre-level force balances, configuration of troops and military strategies will determine how the initial rungs are to be climbed on the escalation ladder.

In sum, conventional and nuclear deterrence are inter-linked in a region like South Asia where the three spheres of war feed into each other. Pakistan has to, and is expanding its conventional capabilities and deterrence so as to stabilise deterrence on the subcontinent, especially at a time when ties between India and Pakistan are far from normal.