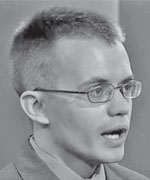 The latest stage of the conflict in Ukraine began on February 24, following Russian President Vladimir Putin’s decision to commence a special military operation in the neighbouring country. His stated goals were several: forcefully remove the Ukrainian armed forces from the newly-recognised Donbass republics of Donetsk and Luhansk, also known as Lugansk; demilitarise and de-Nazify the former Soviet republic; and ensure its constitutional neutrality. Before the start of the operation, the Russian public had got an inkling that something major was about to unfold following Moscow’s recognition of the self-proclaimed states a few days earlier, but nobody expected the scale of the special military operation.

The immediate reaction from the society was one of shock as most Russians consider Ukrainians to be fraternal people with many families having relatives in the neighbouring country. Moreover, many Russians also have Ukrainian roots, whether in whole or in part. But that said, the public paid attention to President Putin’s stated aims for commencing the special operation, particularly his claim that the US was using Ukraine as a springboard to threaten Russia through conventional and unconventional means. By conventional method he meant the clandestine military infrastructure that Putin said NATO had established in Ukraine. The unconventional means, according to him was the project to turn Ukraine into an anti-Russia state.

Putin’s claims of Ukraine turning anti-Russia deserves some elaboration as it was not very clear at the start of the current conflict. Even before the start of the special military operation, most Russians regarded Ukraine to have been in a state of civil war since early 2014 following the US-backed Colour Revolution coup, popularly referred to as the Euromaidan against the internationally-recognised then Ukrainian President Viktor Yanukovych. This prompted an uprising among some of the indigenous Russian people in Ukraine, particularly in Crimea and Donbass, as well as those Ukrainians who speak the Russian language. They feared that the ultra-nationalists who had seized power following the ouster of the pro-Russia Yanukovych would drastically restrict their rights.

Knowing the Russians’ perspective of the Ukrainian conflict’s origins is important as it easier to understand from their viewpoint how Ukraine came to be seen as anti-Russia. President Putin explained that this ultra-nationalist ideology was actually fascist at its core, both in terms of its glorification of Hitler’s World War II-era collaborators who caused the genocide of Jews, Poles, Russians and many others, and the subsequent crackdown on the Russian minorities, particularly the linguistic ones. The Kremlin concluded that the American-backed revival of this fascist ideology was a hybrid war aimed at turning the entire Ukrainian society into anti-Russian proxies.

The Russian public had been aware of this trend over the past eight years but still did not expect their government to forcefully respond to it, though the context of what it claimed was Kiev’s ongoing genocide against the indigenous Russian people of Donbass and Russian speakers there served to partially explain this response. Nevertheless, because this dramatic decision was made with very little preconditioning of public opinion, and considering how fast events unfolded in February, some people were still understandably confused and even thought that it might have been an overreaction of sorts.

The course of the conflict over the past five months has lent credence to the Kremlin’s claims in all respects from the popular Russian perspective. Kiev doubled down on its ultra-nationalist rhetoric of ‘dehumanising’ Russians as so-called ‘orcs’ and has since been militarily backed by NATO with tens of billions of dollars in arms, ammunition and weapons, most of which has been provided by the US. Furthermore, the Russian defence ministry claimed to have obtained evidence purporting to prove that Ukraine was developing weapons of mass destruction (WMDs) with the US and other Western countries’ support.

Within several weeks of this latest phase of the Ukrainian conflict, the public was made much more aware of their government’s comprehensive aims through the special operation. It became apparent that far from having exaggerated the conventional and unconventional threats posed by the West in Ukraine, it had actually been downplaying it until everything accelerated in late February. The background to these events actually explains this curious stance from the Russian leadership since it should not be forgotten that Russia shared its security guarantee requests with the US and NATO in late December, all of which were regrettably ignored.

These included Ukraine’s compliance with the UN Security Council-endorsed Minsk Accords that were enshrined in international law, that country’s constitutional neutrality and a reversion of the regional military-strategic status quo stipulated by the 1997 Russia-NATO Founding Act that would have removed that alliance’s offensive weapons from the former Warsaw Bloc countries that later joined. In the absence of the Minsk Accords’ strict implementation, Ukraine’s continued endeavour to join the anti-Russian military alliance and NATO’s continued and increasing presence of offensive weapons near Russia’s borders, left President Putin with no choice but to respond militarily.

Once again, it should be emphasised that this interpretation of events was not comprehensively explained in the immediate run-up to the special operation, most likely because President Putin still placed some faith in diplomatic means to peacefully resolve the security crisis that goes far beyond Ukraine. That explains why the media did not properly precondition the public since they too were presumably caught off guard by his dramatic decision. In any case, they quickly learned the strategic contours of the conflict and explained them to the Russian people, which led to many ultimately sympathising with the special operation’s aims.

This was not just because Russians generally trust their government, as is their culture for the most part, but also because of the subsequent developments that unfolded relating to Kiev’s doubling down on its ultra-nationalist narratives, the discovery of suspected evidence of secret western-backed WMD programmes and the US-led NATO’s full-fledged military support to Ukraine. Amidst these evolving perceptions at the popular level, Russia quickly became the most sanctioned country in history, though the curious part is that this has barely affected everyday life, at least in Moscow.

While there are much less Western brands on shop shelves as many companies were reportedly pressured by their governments to withdraw from the Russian market, the rouble has surprisingly recovered from its immediate crash to now become the world’s strongest currency. This was not incidental but the result of very strict currency controls that were implemented by the government, including the creative policy of requiring roubles for gas from newly designated unfriendly countries that comprise all those that have imposed sanctions against Russia.

It deserves pointing out that the vast majority of the international community has not followed the West in sanctioning Russia. That is because those like India, China, Iran, and Turkey, which are nowadays among Russia’s top strategic partners anywhere in the world for reasons of geographic proximity and their promising economic potential, are fiercely sovereign and won’t unilaterally concede on issues that their leadership regards as being objectively in their national interests. India stands apart from all those major countries. Some had speculated that it might abandon Russia in order to please the West, but it instead chose to practise a pragmatic policy of principled neutrality.

These factors contributed to ensuring Russia’s macroeconomic stability in spite of the unprecedented sanctions. This in turn increased support for the special operation as the people have not really been all that directly affected by the sanctions apart from not being able to purchase many Western products. If one turns off the TV and stays away from the internet, then they wouldn’t really know that a major conflict is taking place in a neighbouring country because there is no visible indication of it. People of course continue to discuss the special operation, with the prevailing perception being that it is making slow but steady progress, though nobody really knows when it will end.

Russian foreign minister Sergey Lavrov reaffirmed in late May that removing the Ukrainian armed forces from Donbass was an unconditional priority for his country, which suggests that Moscow will not consider stopping its operation until that goal is achieved. Its latest success in Luhansk following the Russian victory in Lisichansk means that only the Donetsk half of the Donbass operation remains to be completed in order to satisfy that condition. It remains unclear, however, how Russia’s other stated goals related to Ukraine’s demilitarisation, de-Nazification and constitutional neutrality can be achieved.

Senior Ukrainian presidential advisor Alexey Arestovich claimed in late March that Russia had already destroyed almost all of Ukraine’s military-industrial complex, which Moscow could claim as having ensured its domestic demilitarisation even though it has since continued to fight on with foreign weapons. The de-Nazification goal could also be seen as partially completed following the destruction of the ultra-nationalist Azov Battalion in its home city of Mariupol. But the group has franchises throughout Ukraine and thus continues to live on. As for Ukraine’s constitutional neutrality, this can only be accomplished by the West pressuring Kiev to this end as part of a larger peace deal.

Regardless of how future events unfold, the present state of affairs, at least in Moscow, is that the population solidly supports the special operation after being fully informed by the media and state representatives of the full-range of goals that it is pursuing and the reason why they are integral to their country’s national security interests. Experts, the media and the representatives were all surprised by President Putin’s decision because they had not realised the seriousness of the security dilemma between their country and NATO until their leader finally shared the details on that fateful day. But after having learned all about it, they quickly rallied most of the population behind the troops.

(The writer is an American analyst based in Moscow)