According to the data released by International Air Transport Association (IATA), India will attain new heights in aviation sector in 20 years. India will be an aviation hub. Air traffic will grow exponentially, overtaking the US and China in this sector. These estimates may turn out to be true in the coming years as the need for regional connectivity is felt. India has already launched a scheme that aims to connect different parts of India. UDAN, a Regional Connectivity Scheme (RCS), is still in the nascent stage. 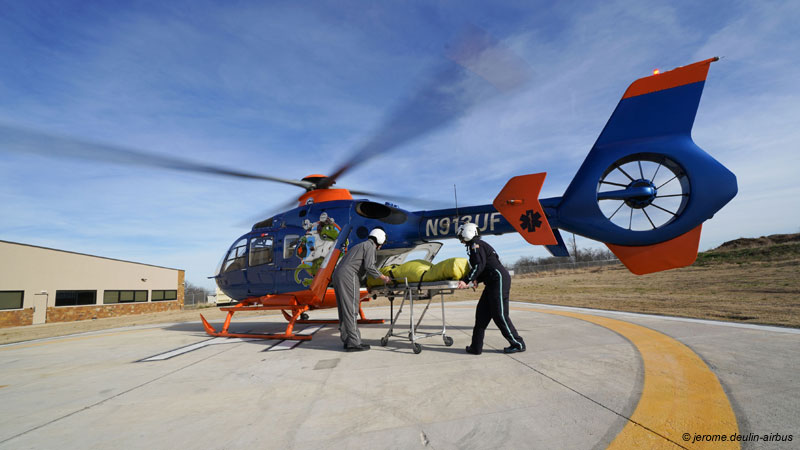 While we talk of RCS and its importance for citizens, another important service that has still not gained the limelight it deserves is the Helicopter Emergency Medical Services (HEMS). These medical services are carried out by deploying helicopters. These copters are equipped with flight stretcher, specialised medical equipment and medications along with medical personnel. These are different than air ambulances that are fixed wing aircraft. The limitation with fixed-wing airplane is that it can only fly from one airport to another because it depends on runways. Helicopters, on the other hand, can fly to remote destinations.

In India, helicopter services are yet to evolve for the public despite the potential they hold. Although there are some initial positive developments around HEMS in India, there is a glaring lack of clarity and little to no discussion regarding the same. In 2016, the ministry of civil aviation (MoCA) had included HEMS in National Civil Aviation Policy. It stated, “MoCA will coordinate with ministry of finance (MoF), ministry of human resources (MHA), National Highways Authority of India (NHAI), Indian Railways, insurance companies, hospitals, Pawan Hans Limited and other helicopter operators to facilitate Helicopter Emergency Medical Services (HEMS). DGCA will bring out regulations exclusively for HEMS, which will stipulate that helicopters under HEMS operations shall not be used for any other purpose. Such being the case, helicopters under HEMS operations will not require any operational clearance , including landing at accident and emergency sites from any agency except Air Defence Clearance because of the very nature of their operations. No landing charges and RNFC will be levied for HEMS operations.”

The policy also stated that “helicopters will be free to fly from point to point without ATC clearance in airspace below 5,000 feet”.

In the same year, in 2016, Bangalore-based Aviators Air Rescue company set up HEMS ambulance service in collaboration with Air Medical Group Holdings (AMGH), US. They also bought three H130 helicopters from Airbus. While many celebrated the fact that India would finally have a dedicated and well-equipped medical service helicopters, it was seen that their services slowed down after a few months post their launch in 2016. It was alleged that these helicopters were seen ferrying a Bollywood star and being a part of election duties in Maharashtra. Three years later, in 2019, the short story of Aviators Air Rescue, which had the potential to grow into a bigger one, came to an end. The helicopters that were on lease were returned to Airbus.

There is a crying need for more helicopters in India in the civilian domain. Helicopters have known to be used by the military, politicians and big corporate houses for personal travel. For civilians, they have been used for heli-tourism. But not many people use them because they cost a lot. In 2019, India’s civil helicopter market stood at 275. In America, the figure rounds up to more than 10,000 helicopters, which amount to more than 50 per cent of the civil global helicopters.


India’s vastness and varied topography is ideal for a dedicated helicopter service.  Many areas in the country are unreachable by any other mode of transport easily but with helicopters they can be accessed especially during natural disasters. Usually, the Indian Air Force (IAF) and Indian Navy helicopters are used for rescue operations. However, the need for civil aircraft is equally necessary. In some remote regions in India, where people cannot reach medical facilities easily, the IAF fills the ever-present void of HEMS.

Traffic jams in cities and towns are the most common reason why ambulances are not able to reach hospitals in time. The ministry of road transport and highways’ data shows in 2018 the number of road accidents were 53 per hour out of which 17 were deaths. Two-thirds of these cases took place in rural areas, where there is absence of adequate medical facilities. Ambulance mishaps are no rarity. Looking at all the factors, there is a crying need for HEMS in India; it will not only save time but also provide last mile connectivity.

There have been developments in this area in different parts of the country. Early this year, a private helicopter emergency air ambulance firm, International Critical-Care Air Transfer Team (ICATT), offered the Karnataka government to run heli-ambulance services within the stat. They also conducted a mock drill wherein dummy accident victims were transported from Mandya to Jakkur aerodrome.

Two years ago, Hyderabad, too, received its own HEMS from the city-based Wings Aviation. The company plans to extend their services to other states like Maharashtra, Chhattisgarh and Karnataka apart from Telangana and Andhra Pradesh. In the same year, in 2018, the Himachal Pradesh government announced its decision to launch free heli-ambulance services to provide medical aid to its residents in remote locations after Heli mission Foundation of Switzerland proposed to start free air ambulance services. In June, the same year, Union cabinet approved an MoU between India and Germany on co-operation in the field of civil aviation that consisted of many areas including helicopters and HEMS for sharing ‘information and best practices’ in the area.

Indian helicopter operators face challenges of over-regulation and stringent Controlled Air Regulation (CAR), security clearances, important airports in the country operating to their full capacity and air space congestion. As per a study by Centre for Asia Pacific Aviation (CAPA) released in 2010, the number of India’s civil helicopters will go up to at least 800 in the next 10-12 years. The report predicted that this growth will happen in tandem with India’s RCS and almost half of these helicopters would be used for providing regional connectivity under UDAN. For HEMS to make its mark in India, both policy and infrastructural changes have to be made.

It’s important for all helicopters to have all the facilities including stretchers, different medical equipment like oxygen supply, blood pressure stabiliser, heart rate monitor and medicines. The doctors and paramedics present on these ambulances will have to be trained to handle emergency situations in air. As a beginning, AIIMS in 2019, had conducted one such workshop for students. Care will have to be taken to make sure that low-flying helicopters don’t get entangled in electric wires, it can prove fatal if that happens.

In an article in Rotor and Wing International, Kaypius writes that during the period from 2005-2015, the helicopter industry saw 37 major accidents in India. “A whopping 67 per cent of these were attributed to pilot judgment errors, including loss of control and loss of visual reference.” The article further says, “There is a dire need to also focus on what aids or options are available to crew. With no enhanced ground proximity warning system (EGPWS), helicopter terrain awareness and warning system, ADS-B, performance-based navigation (PBN) or surveillance, crew are left with tablets and third-party apps to deal with treacherous weather, continuing VFR flight into instrument meteorological conditions (IMC) because they often don’t have a choice. Almost all light singles in India, including those that operate in the mountains, fly without such equipment; neither are they mandated even after numerous inadvertent VFR into IMC accidents.”

In 2015, the DGCA’s new set of rules mandated the use of only twin-engine aircraft to be used and all helicopters to be fitted with systems such as terrain avoidance and warning system.

Airbus that dominates the market of HEMS globally, offers twin engine H135, which is capable of operating on any slippery surface. It can be configured into single or double stretcher mode and is capable of rear and side loading. The flat floor of the helicopter makes it spacious and versatile. H145 has the specifications of H1135 and offers additional capability of search and rescue (SAR).

After India started to talk of HEMS as a probability, many international companies began eyeing opportunities in the Indian market. These companies include Airbus, Bell Helicopter, Augusta Westland, Sikorsky and Russian Helicopters.

For heli-ambulances to become a common sight in India, the government will have to contribute to it when the sector is at a nascent stage. The government can engage private players as well allow new players to come in. They could also relax taxes, offer subsidies and lower the guard of regulations. These steps will ensure that HEMS becomes a reality in India soon. HEMS cannot be ignored any more.