On the 75th anniversary of the WWII victory, it is important to recall the price world paid for peace 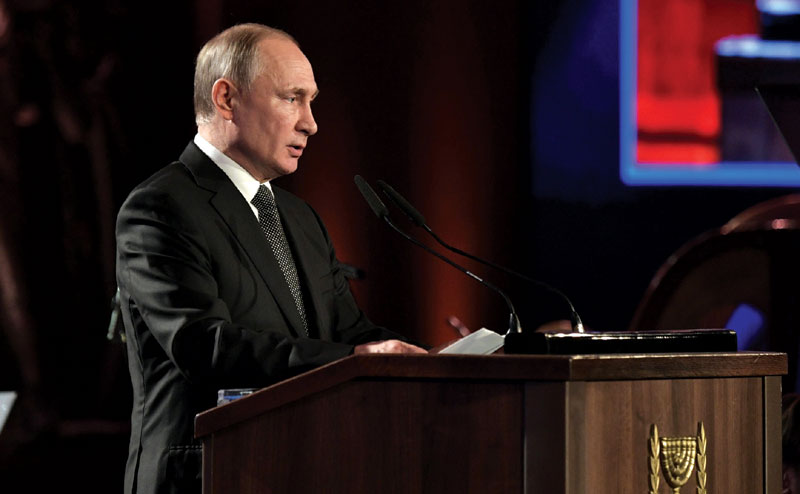 75 years have passed since the end of the Great Patriotic War. Several generations have grown up over the years. The political map of the planet has changed. The Soviet Union that claimed an epic, crushing victory over Nazism and saved the entire world is gone. Besides, the events of that war have long become a distant memory, even for its participants. So why does Russia celebrate the 9th of May as the biggest holiday? Why does life almost come to a halt on June 22? And why does one feel a lump rise in their throat?

For my parents, the war meant the terrible ordeals of the Siege of Leningrad where my two-year old brother Vitya died. It was the place where my mother miraculously managed to survive. My father, despite being exempt from active duty volunteered to defend his hometown. He made the same decision as millions of Soviet citizens. He fought at the Nevsky Pyatachok bridgehead and was severely wounded. And the more years pass, the more I feel the need to talk to my parents and learn more about the war period of their lives. But I no longer have the opportunity to do so. This is the reason why I treasure in my heart the conversations I had with my father and mother on this subject, as well as the little emotion they showed.

People of my age and I believe it is important that our children, grandchildren and great-grandchildren understand the torment and hardships their ancestors had to endure. They need to understand how their ancestors managed to persevere and win. Where did their sheer, unbending willpower that amazed and fascinated the whole world come from? Sure, they were defending their homes, children, loved ones and families. However, what they shared was the love for their homeland, their Motherland. That deep-seated, intimate feeling is fully reflected in the very essence of our nation and became one of the decisive factors in its heroic, sacrificial fight against the Nazis.

People often wonder: What would today’s generation do? How will it act when faced with a crisis situation? I see young doctors, nurses, sometimes fresh graduates that go to the ‘red zone’ to save lives. I see our servicemen fighting international terrorism in the North Caucasus, fighting to the bitter end in Syria. They are so young. Many servicemen who were part of the legendary, immortal 6th Paratroop Company were 19–20 years old. But all of them proved that they deserved to inherit the feat of the warriors of our Motherland that defended it during the Great Patriotic War.

This is why I am confident that one of the characteristic features of the peoples of Russia is to fulfil their duty without feeling sorry for themselves when the circumstances so demand. Such values as selflessness, patriotism, love for their home, their family and Fatherland remain fundamental and integral to the Russian society to this day. These values are, to a large extent, the backbone of our country’s sovereignty.

Nowadays, we have new traditions created by the people, such as the Immortal Regiment. This is the memory march that symbolises our gratitude, as well as the living connection and the blood ties between generations. Millions of people come out to the streets carrying the photographs of their relatives who defended their Fatherland and defeated the Nazis. This means that their lives, the ordeals and sacrifices they endured, as well as the Victory that they passed to us will never be forgotten.

We have a responsibility to our past and our future to do our utmost to prevent those horrible tragedies from happening ever again. Hence, I was compelled to come out with an article about World War II and the Great Patriotic War. I have discussed this idea on several occasions with world leaders, and they have showed their support. At the summit of CIS leaders held at the end of last year, we all agreed on one thing: it is essential to pass on to future generations the memory of the fact that the Nazis were defeated first and foremost by the entire Soviet people and that representatives of all republics of the Soviet Union fought side by side together in that heroic battle, both on the frontlines and in the rear. During that summit, I also talked with my counterparts about the challenging pre-war period.

That conversation caused a stir in Europe and the world. It means that it is indeed high time that we revisited the lessons of the past. At the same time, there were many emotional outbursts, poorly disguised insecurities and loud accusations that followed. Acting out of habit, certain politicians rushed to claim that Russia was trying to rewrite history. However, they failed to rebut a single fact or refute a single argument. It is indeed difficult, if not impossible, to argue with the original documents that, by the way, can be found not only in Russian, but also in foreign archives.


Thus, there is a need to further examine the reasons that caused the world war and reflect on its complicated events, tragedies and victories, as well as its lessons, both for our country and the entire world. And like I said, it is crucial to rely exclusively on archive documents and contemporary evidence while avoiding any ideological or politicised speculations.

I would like to once again recall the obvious fact. The root causes of World War II mainly stem from the decisions made after World War I. The Treaty of Versailles became a symbol of grave injustice for Germany. It basically implied that the country was to be robbed, being forced to pay enormous reparations to the Western allies that drained its economy. French Marshal Ferdinand Foch who served as the Supreme Allied Commander gave a prophetic description of that Treaty: “This is not peace. It is an armistice for twenty years.”