Despite bottlenecks CPEC will change the geopolitical landscape of Asia

Recently popular Pakistani singer, Ali Zafar, dropped a new music video in collaboration with Chinese singer Xiang Minqi on his official YouTube channel. Even though the song ‘You have stolen my heart’, is a usual love ditty, the love that it speaks of is between two nations—China and Pakistan. 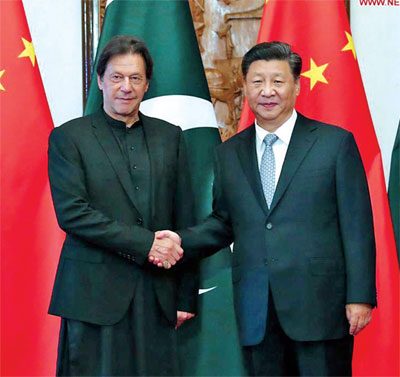 Sung in Mandarin and Urdu, the song features visuals of China-Pakistan infrastructural and military cooperation alongside its growing cultural ties. Aired on the 70th anniversary of the establishment of diplomatic relations between the two countries, the song chronicles the distance the two countries have travelled together since 1951.

The intensity of China-Pakistan relations deepened after the 1962 India-China war when in 1963, Pakistan ceded the Shaksgam Valley also known as the Trans-Karakoram Tract (part of the Hunza-Gilgit region of the POK) to China. India regards Pakistan’s ceding of the Shaksgam Valley to China as illegal. To further formalise the relationship, China and Pakistan signed the Treaty of Friendship in 1965.

Subsequently, Pakistan and China signed a boundary agreement to settle their border disputes. This facilitated the building of the Karakoram highway in 1979. Also known as China-Pakistan Friendship Highway, the road connects Hasan Abdal in Pakistan’s Punjab province to Kashgar in China’s Xinjiang region traversing the Khunjerab Pass in Gilgit-Baltistan. Thereafter it merges with China’s National Highway 314. In Pakistan, it merges with National Highway 35.

The Khunjerab Pass facilitates international trade worth billions of dollars. To go by the estimates available from 2019, China-Pakistan trade alone at Khunjerab Pass topped USD 856 million. This figure includes the 47 per cent surplus as compared to the previous year. Along with being a major trade route, the Khunjerab Pass also acts as a gateway between South Asia and Europe. But clearly, all this fell short of China’s vision and ambition once it announced the Belt and Road initiative in 2013.

That Pakistan would be the linchpin of the programme was clear when Chinese President Xi Jinping and Pakistan Prime Minister Nawaz Sharif signed 51 agreements and Memorandums of Understanding totalling USD46 billion on 20 April 2015 with the vision of deepening trade connectivity between the two countries through a network of roads, railway lines and pipelines. In November the same year, China acquired management and operational rights to Pakistan’s Gwadar port on a 43-year lease. The foundation for China-Pakistan Economic Corridor (CPEC) was laid.

From Gwadar to CPEC

Funded by China’s Export-Import Bank, the CPEC, by Chinese policymakers’ own admission, is the biggest and the most developed part of the BRI and is rightly regarded as a flagship programme under the Belt and Road Initiative. CPEC is China’s biggest-ever investment overseas that aims to build a 3,218 km route by 2030, comprising roads, railway and pipelines. Originally envisaged as USD 60 billion project when it was signed, by June 2020, CPEC’s estimated value had touched USD 87 billion. 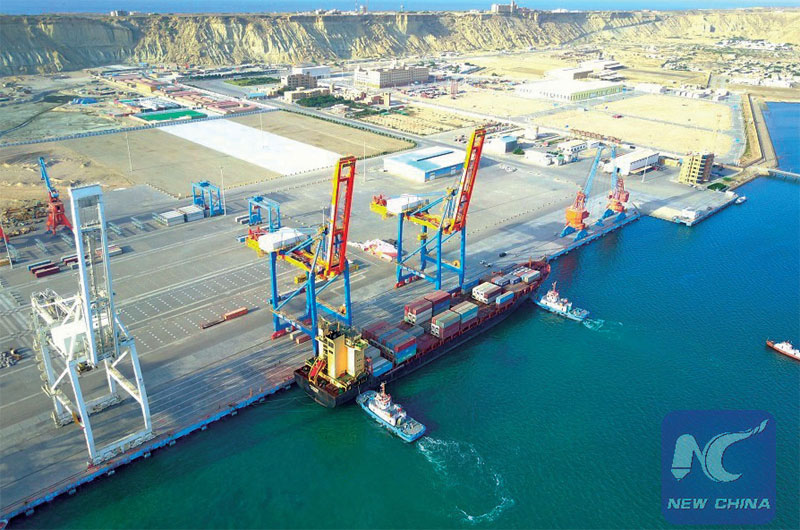 The starting point of CPEC was upgradation of the Karakoram highway by extending it, through multiple prongs, to the Gwadar port. The project is divided into different sections—Hasan Abdal-Havelian, Thakot-Havelian, Thakot-Raikot and Gilgit-Skardu. According to Sebastian Ibold, who runs the website Belt and Road Initiative, “The highway cuts through the collision zone between the Eurasian and Indian plates, where China, Tajikistan, Afghanistan, and Pakistan come within 250 kilometres (160 mi) of each other. Owing largely to the extremely sensitive state of the Kashmir conflict between India and Pakistan, the Karakoram Highway has strategic and military importance to these nations but particularly Pakistan and China. The border crossing between Pakistan and China is only open during the summer months.” Under CPEC, Karakoram Highway would become all-weather road.

The Gwadar-Kashgar pipeline under the CPEC aims to traverse the Himalayan region with the offloading point at Gwadar port. Once it comes about, the pipeline will cross Khunjerab pass at the altitude of 4,700 metre to reach China. Clearly this would require both huge power supply and pumping.

In August 2020, Pakistan’s top economic body, Executive Committee of the National Economic Council (ECNEC), approved the most expensive part of the project—upgradation of the railway line at the cost of USD 6.8 billion. According to a Reuters report, this would involve modernisation of Pakistan’s existing 2,655 km railway track to allow trains to travel at the speed of up to 165km per hour—twice as fast as they currently do. The line capacity will increase from 34 to over 150 trains each way per day.

The railway upgradation project, known as Mainline-1 (ML-1), was to be executed on a cost-sharing basis between Islamabad and Beijing. However, a few months later, it ran into trouble with Beijing showing reluctance to finance it at one per cent interest rate. ML-1 aims to connect Karachi in South Pakistan to Peshawar in the north. The funding idea behind this project was that Pakistan would bear 90 per cent of the cost through a Chinese loan (at one per cent interest) and 10 per cent as equity.