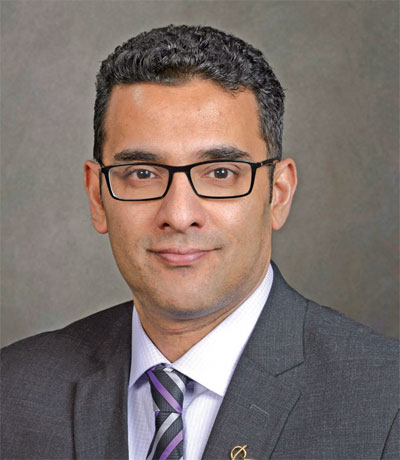 Pilots swear by it, ground crews love working on it and naval commanders consider it one of the most capable assets at their disposal. Did you know that the F/A-18 E/F Super Hornet is the world’s most lethal, advanced, combat-proven, multi-role frontline fighter-jet?

The Block III Super Hornet is the newest highly capable, affordable and available attack fighter rolling off Boeing’s assembly line. The US Navy is on contract for 78 new Block III Super Hornets and Boeing delivered the first two flight test aircraft earlier this year. Boeing will deliver operational fighters to the US Navy in 2021. With its rapid technology insertion plan, Block III will outpace threats for decades to come. This next-generation aircraft is ready to protect Indian armed forces from current and future threats.

Game Changer for the Indian Navy

The Block III Super Hornet is uniquely suited to protect India’s maritime interests as it’s built to meet the broadest range of missions. Block III delivers several unique and differentiated capabilities while being compatible with India’s naval carriers. Block III capabilities include enhanced networking and processing, longer range, reduced radar signature, an advanced cockpit, and the life of the aircraft is extended to 10,000 hours.

Beyond its advanced technology, the Super Hornet was designed as a carrier-based fighter for high-loading, high-stress operations with minimal support equipment required. F/A-18s have more than two decades of naval operations in all-weather conditions and long duration deployments flying all types of mission profiles. Recently, Boeing and the US Navy have been demonstrating STOBAR compliance of the Super Hornet for the Indian Navy.

Both the single seat and two-seater version are available to the Indian Navy. The two-seat version (F/A-18 F) shares the same mission scope as a single seat (F/A-18 E) while allowing for carrier-capable training and the ability to fly advanced missions from the carrier that benefit from a second crew onboard. Most importantly, carrier based naval aviation technologies related to manned-unmanned interface can also be effectively operationalised with a two-seat version.

The Super Hornet’s proven track record of reliability, readiness and affordability ensure the lowest risk, most cost-effective solution over the life of the fighter. Available at a predictable and affordable cost, with operational flight hour costs that have been documented by the US government to be the lowest among US fighter aircraft in production—the Super Hornet saves billions of dollars over the aircraft’s life cycle. Its cost per flight hour is lower than single-engine and fifth-generation aircraft in the US tactical aircraft inventory. A persistent focus on supporting both the design and upgrade path at Boeing and its industry partners has enabled superior economics for the Super Hornet.

More than 600 Super Hornets have been delivered to the US Navy and partner nations. Combined with a healthy production line delivering aircraft, and long-term sustainment and upgrade programs, the Super Hornet will be in service for decades to come, meeting high mission readiness rates around the world. The growth potential of the Super Hornet will assure new capabilities to the Indian Navy in the most economical manner since it also factors in a technology insertion capability roadmap.

Beyond manufacturing, Boeing’s ‘By India-For India’ sustainment programme builds on the company’s eight decades of history in the country, leveraging existing programme, growing supply chain capabilities and partnering with the local industry.

Based on sustainment requirements of the Indian Navy, the programme envisions building specific capabilities in India, in partnership with US-based and Indian partners, which will allow to sustain the aircraft through-out its lifecycle. This will further enable its growth and develop advanced expertise in maintenance, resulting in higher availability of the aircraft, at competitive pricing and reduced risk for the Indian Navy.

Today, the Indian Navy has eight P-8I long-range maritime reconnaissance aircraft. The F/A-18 Super Hornets can optimally interface with the P-8I and other US platforms soon to be inducted in the Indian Navy to become a true force multiplier for the Indian Navy, enhancing their force projection capabilities.