Urban security systems are fast changing for the better

Cities constitute the economic, political and cultural centres of nations. Also, most crimes and threats such as terrorism, trafficking, industrial accidents and so on and so forth are concentrated in the cities. Therefore, urban authorities should be the priority of any government, not only to make the urban environment secure for its citizens but to improve quality of life and make the city attractive for tourists, businesses and talented workers. 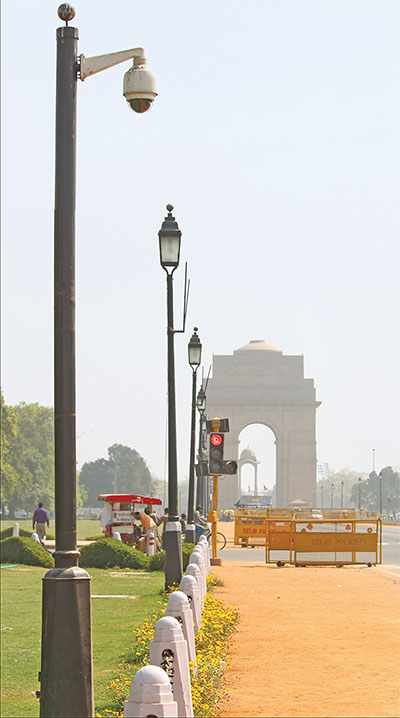 Amongst a number of other security measures, CCTV surveillance is one of the most effective checks on law and order in a city. India, too, has seen a tremendous growth in this sector. According to a study, India’s CCTV market is expected to grow at a CAGR of 16.4 per cent during 2018-2024.

A number of security concerns of different nature, primarily arising from theft, domestic crime and threats from terrorism amongst others, have been growing in India, and consequently the demand for improved surveillance and security systems.

The Delhi government announced its ambitious project of installing 1,40,000 CCTV cameras in the capital city in the wake of rampant crimes, especially for women security. The capital already has at least 2.5 lakh CCTV cameras monitoring people in public spaces as of 2018, as some reports estimate. Once the Delhi government’s project to install more cameras in public places and schools materialise, the number will cross 5 lakhs. The AAP government aims to install 2,000 CCTV cameras in every assembly constituency in the capital city. After a comprehensive survey by the legislators and Resident Welfare Associations (RWAs) to determine the locations that need surveillance, the process of installation began from 23 June 2019.

According to deputy chief minister Manish Sisodia, a control room will be set up at the PWD headquarters in ITO area to keep a constant vigil on those who harass women or miscreants in every nook and cranny. The aim is to provide a live feed to the RWA of the area and another one to the SHO over the phone. The administration will be installing 2000 CCTVs in each constituency. While crime has been increasing, data has shown that video surveillance has considerably helped lessen the crime as well as helped in solving such cases in short time.

The government of India’s ambitious Smart Cities Mission will need a comprehensive security system in place. The planned 100 smart cities will require smarter management of infrastructure and resources to ensure a seamless functioning. Surveillance systems will be the most basic fundamentals of the smart cities. And such cities will have video walls to monitor the entire city and the day-to-day life.

Drone deployment is also being carried out across cities in the world for 24/7 monitoring and surveillance to reduce crimes. In fact, the UAVs will lead city surveillance in the future. Recently, the Mumbai police decided to equip itself with drones to keep an eye on the city. The administration selected Quidich Innovation Lab (QIL) to supply drones to the cops. The police aim to initially use the devices during important rallies, gatherings and festivals. The same company also worked with Rajasthan police, supplying them with drones and training their cops to monitor the city well.

The drones, along with CCTVs, web monitoring programmes and real time satellite imagery, will be instrumental in future urban monitoring. Unlike other surveillance methods, drones provide 360-degree surveillance, besides having the ability to provide an external and aerial view that’s immediate, intimate and real time. Another factor is their extreme manoeuvrability, ducking into lanes and bylanes, and the ability to cling on to walls, climb fences and generally do things that an autonomous vehicle can do today.

Some cities have recorded phenomenal drop in crime rates after they deployed drones in their skies. A Mexican city, for example, claimed to have reported a 10 per cent drop in crimes after the deployment of a quadcopter. The city’s police department claimed it had led to more than 500 arrests and a 10 per cent drop in overall crime rates, with a 30 per cent drop in home robberies. While there have been frequent security concerns regarding their deployment, drones will inevitably become the eyes in the sky for monitoring and surveillance. Drones are a potent tool for surveillance, compared to any other aerial objects, going almost anywhere — up to windows, over fences, under tree canopies.