A unified defence network will help to win future wars 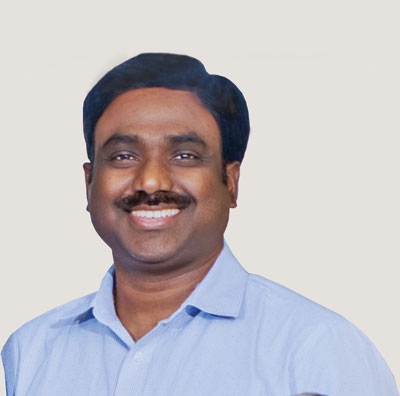 Digital transformation is heralding a new age of innovation and revolution in defence forces world over. Riding on advanced defence networks, defence forces across the world are developing a technology-first approach for defence strategy, operations and tactics.

A multitude of digital technologies like Internet of Things (IoT), Big Data, analytics, robotics, autonomous technologies, cloud computing and Artificial Intelligence (AI) are changing the nature and imperatives of warfare, bringing in a milieu of asymmetrical warfare where wars are fought both on and off the battlefield, often with a show of strength by flexing the technology muscle. The role of defence digitisation doesn’t end at this, in fact, defence networks and the use of technologies directly impact key defence goals like mission effectiveness, win-ability and deterrence, and helps minimise casualties and collateral damage. Countries like the US, the UK, Israel and Australia have already built formidable defence forces on the back of these disruptive technologies.

India is the world’s second-largest defence force with 1.4 million active personnel. India has been following a well-crafted path for capacity building for its armed forces by manufacturing critical weapons and bringing in modern technology, to be at par with other nations. But our armed forces have been constantly exposed to unanticipated threats emanating from terror strikes, collusive threats from neighbouring countries, and border intrusions across the 15,000 km border area.

The Chief of Defence Staff (CDS) function has been set-up with this view and is charting the course for these changes with the prime objective of bringing out jointness in overall functions of tri-forces while enhancing network security and managing innovation.

India has built expansive and secure defence networks across tri-forces like Naval Communication Network (NCN), Army Radio Engineered Network (AREN), Air Force Cellular Network (AFCEL), and Air Force Network (AFNET). Though we have our defence capabilities in place, many of these, like the AREN and AFNET, are decades old and require an upgrade. Moreover, these networks work in silos.

A Case In Point

Convergence and modernisation of these networks and replacing the old communication networks with digital communications systems will drive innovations in airborne, naval, man-portable, vehicular and stationary communications. Adopting an ICT and digitisation roadmap requires a highly resilient and sophisticated network backbone and the air force communication network becomes important in this entire gamut. Any nation aspiring to augment its defence capabilities must have a digitally supreme air force.

AFNET: The current state Air Force Network (AFNET) is an Indian Air Force (IAF)-owned, operated, and managed digital information grid that acts as a backbone for communication and as an integration point with other modes of communication. The network incorporates the latest traffic transportation technology in the form of IP packets using Multiprotocol Label Switching (MPLS) technology. AFNET 1.0 has completed its 10th year of operation and has already undergone one extension of support of End of Life and End of Support products with its present support duration till August 2020. Post this the next-gen AFNET would be operationalised.


AFNET 1.0 has now become vulnerable to cyber threats due to out of support network elements, unconnected nodes leading to information leakage and reduced setup efficiency. Besides, being a decade old, the network is not fully equipped to combat digital and cyber threats arising at the global level. Emerging technologies such as robotics, nanotechnology, unmanned air and sea vehicles, AR/VR, and AI present new opportunities for enhanced defence intelligence and security for air forces worldwide, but they will require high capacity, converged and agile air force network. To leverage these technologies, AFNET 1.0 needs to be upgraded not only to address ever-increasing data demand and the latest applications but also to combat threats emanating from new cyber warfare.

The IAF has already conceptualised the upgraded network planning with some prime objectives in mind that the new network should be able to fulfil:

Best fit approach for defence digitisation in the Indian context

Developing a technology-first defence approach in the Indian context has now become imperative. We need to envision an ideal end-state for digital defence and work backward. Although this vision of a digitally supreme defence is a lofty one, here is a well-rounded framework to achieve the optimum technology width and depth for critical defence use cases:

All said and done, these digital capabilities need a formidable defence grade network to ride on. Defence networks need to be unified and modernised to enable advanced use cases for a digital defence future.

India must now develop digital defence capabilities and a technology-enabled military strategy of which jointness forms the key component. The technologically-enabled one unified defence network will form the backbone of our defence forces for all future warfare.

With the above-mentioned enhanced digital capabilities, our defence force will have a far-reaching impact on strategy, operation, and tactical communications. Digital excellence will further mobilise and modernise defence to meet the threats and technologies of today and tomorrow.

Here is a graded plan for incorporating digital excellence in all defence operations.

Going forward, we envision our defence force embracing digitalisation not only for equipment evolution and battlefield strategies but also for incubating great military intelligence. This will further equip them with capabilities to deter actions that are against our interests, and, when required, respond with effective military force. National security is our top priority and providing a ‘digital edge’ to our armed forces will conclusively contribute towards a winning defence strategy.

Keeping in view PM’s vision of ‘Atmanirbhar’, we also need indigenous technology providers who understand the nuances and deliver solutions so that our forces are well equipped to travel on the digitisation journey in the most cost-effective and optimum manner. STL, with its unique capabilities such as large-scale turnkey network creation, network management, network security, and infrastructure security is empowering our armed forces to realise this vision.

(The writer is CEO, Network Services and Software Business, STL)