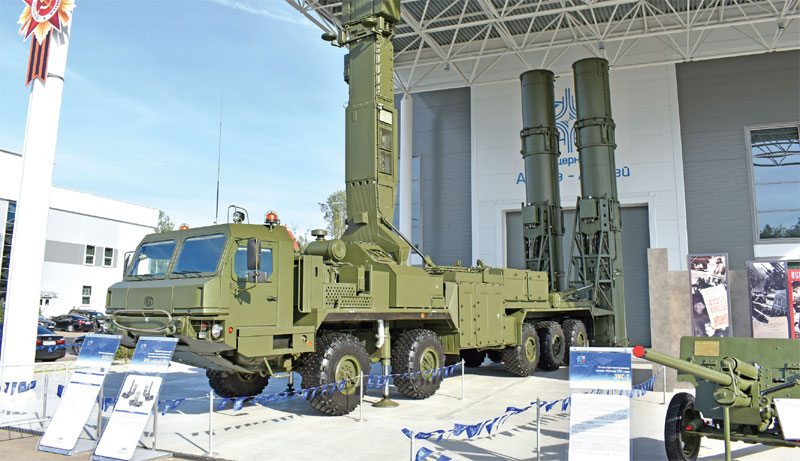 Army 2020 was held from 23-29 August 2020 on the premises of the Patriot Convention and Exhibition Center of the Russian Armed Forces in Kubinka, Moscow Region. Representatives from 60 countries arrived at the forum at the invitation of the Russian ministry of defense, the Federal Service for Military and Technical Cooperation (FSMTC) of Russia, Rostec State Corporation and Rosoboronexport.

“In parallel with a regular business programme, Rosoboronexport will actively promote its products on the Internet and via video conferencing, which will dramatically increase the number of partners and their awareness of the new weapons and military equipment we are offering. In particular, visitors to the Patriot park, Rosoboronexport’s website and social media accounts are able to see the Su-57E fifth-generation stealth fighter, MiG-35 front-line fighter, Antey-4000 air defence missile system, a new configuration for Sprut-SDM1 light amphibious tank, a wheeled armoured vehicle based on Boomerang platform and the Rubezh-ME coastal defense missile system, which will be unveiled at Army for the first time,” said Alexander Mikheev, Director General of Rosoboronexport, before the event.

At Army 2020, Rosoboronexport was permanently housed in four locations. Traditionally, the company’s stands are located in Pavilion B and in the Rostec Demo Center. Its new presentation and negotiation area was located at the airfield in Kubinka, where foreign customers were acquainted with the export variants of Russian aircraft and helicopters. In addition, Rosoboronexport organized an exhibit comprising the best military, law enforcement and civilian firearms from leading Russian small arms manufacturers.

On the sidelines of Army 2020, Rosoboronexport signed a number of documents with leading Russian developers and manufacturers of military, civilian and dual-use products concerning joint activities to promote them to the external market, as well as protect intellectual property arising in the course of military-technical cooperation.

During the forum, an international scientific and practical conference ‘Military Law and Modern Information Technologies of Legal Support in the Sphere of National Security and Military-Technical Cooperation’ was held on August 24 and 25. Rosoboronexport’s state secretary Vladimir Kudashkin moderated the conference. 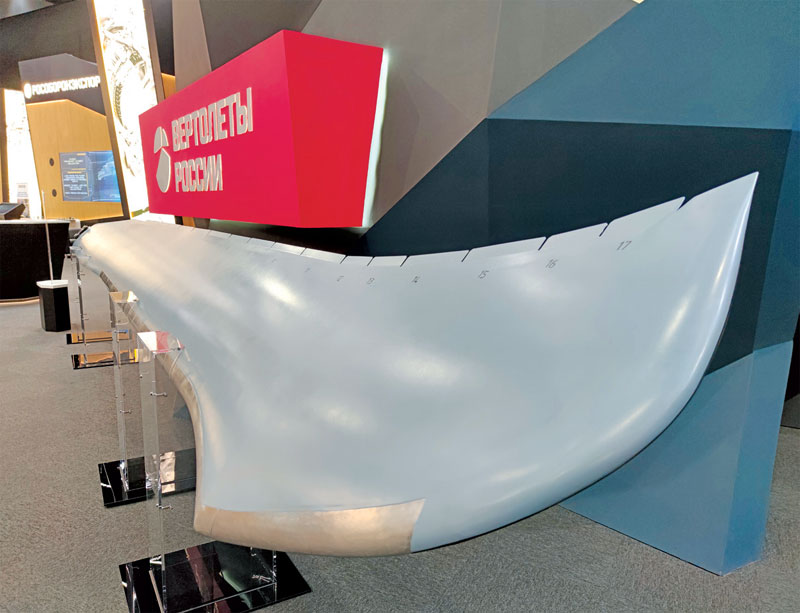 The blade possesses modern aerodynamic characteristics and elastic composition; it is manufactured using the technology of one-stage compression moulding. It was tested as part of the flying laboratory of a new high-speed helicopter concept.

“During the testing, the flying laboratory based on Mi-24 helicopter equipped with a set of new blades, reached a speed of more than 400 km/h without the need to change the base helicopter design. At the same time, we managed to maintain low vibration and load levels, which speaks of the high potential of this design”, noted the Director General of Russian Helicopters, Andrey Boginsky. 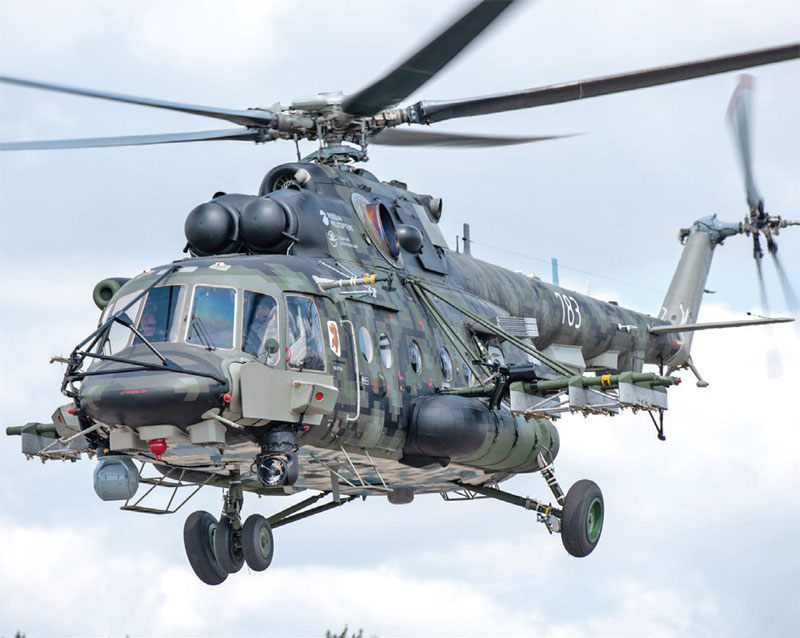 The first flying prototype of the helicopter was demonstrated at the forum. The presentation also included the IBKV-17VP ‘glass cockpit’ avionics suite and model of the new target sight system.

“Upgraded Mi-171Sh provides superior level of protection for both the crew and transported troops, thanks to titanium and kevlar armor protection, and the vehicle’s strike capabilities have been expanded to include guided missile weapons,” noted Director General of the Russian Helicopters, Andrey Boginsky. “Mi-171SH is prepared for the most demanding combat and climatic conditions, which is why we named it ‘Storm’ for our foreign customers. The name symbolises its readiness to fight the elements, and on the other hand speaks of the helicopter’s flexible assault capabilities.”

Mi-171Sh ‘Storm’ is equipped with upgraded engines, new rotor system with an improved profile composite main rotor and X-shaped tail rotor, as well as latest version of the President-S on-board aircraft defence system. The armouring effectively protects the crew and most parts of the helicopter, as well as the troop compartment. Two sliding doors on the sides and a ramp enable ultra-fast troop deployment.

In addition, the helicopter comes with improved armament, including 12.7 mm calibre machine guns and mdoern guided missile weapons with the OPS-24N-1L target sight system, which allows to engage against various ground and air targets.