Taking the ‘Azadi Ka Amrit Mahotsav’ to Kashmir, the Indian Air Force carried out an air display over Dal lake in Srinagar on the morning of September 26. While the IAF aircraft flew across the sky mesmerizing the audience, the IAF band played Symphony on the ground. A photo exhibition to ‘highlight the history of the IAF’ completed the event.

Aimed at ‘making a connect with the youth of the Valley and inspiring them to consider a career in the IAF’, defence spokesperson Col Emron Musavi said that the Air Display was especially tailored for the young audience, most of which comprised school and college-going students along with their teachers. Titled, ‘Give Wings to your Dreams’, the air show was organised in collaboration with the Jammu and Kashmir government and was flagged off by Lieutenant Governor Manoj Sinha.

The show commenced with the para motor and para hang glider displays followed by the MiG-21 Bisons flying by in a triangular three-aircraft formation. Thereafter, IAF skydiving team Akashganga enthralled the audience, as divers jumped from a Mi-17 helicopter over Dal. This was followed by low-level aerobatic display by the Su-30 MKI. The crowning glory was of course the Surya Kiran Aerobatic Team (SKAT).

An observer, present at the event, told FORCE, “The Boulevard Road in Srinagar were closed till the air show culminated. Overall, the security situation in the city was on tight alert. No one was allowed for the show without the passes issued by the army. Only students and officials were allowed at the event while the general public was kept away.” 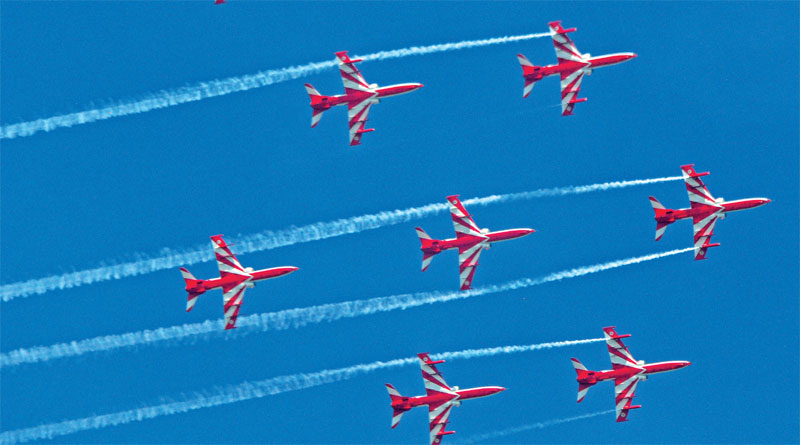 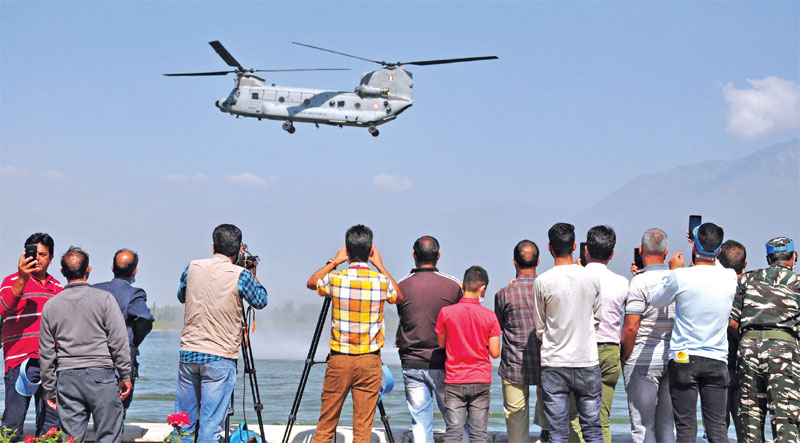 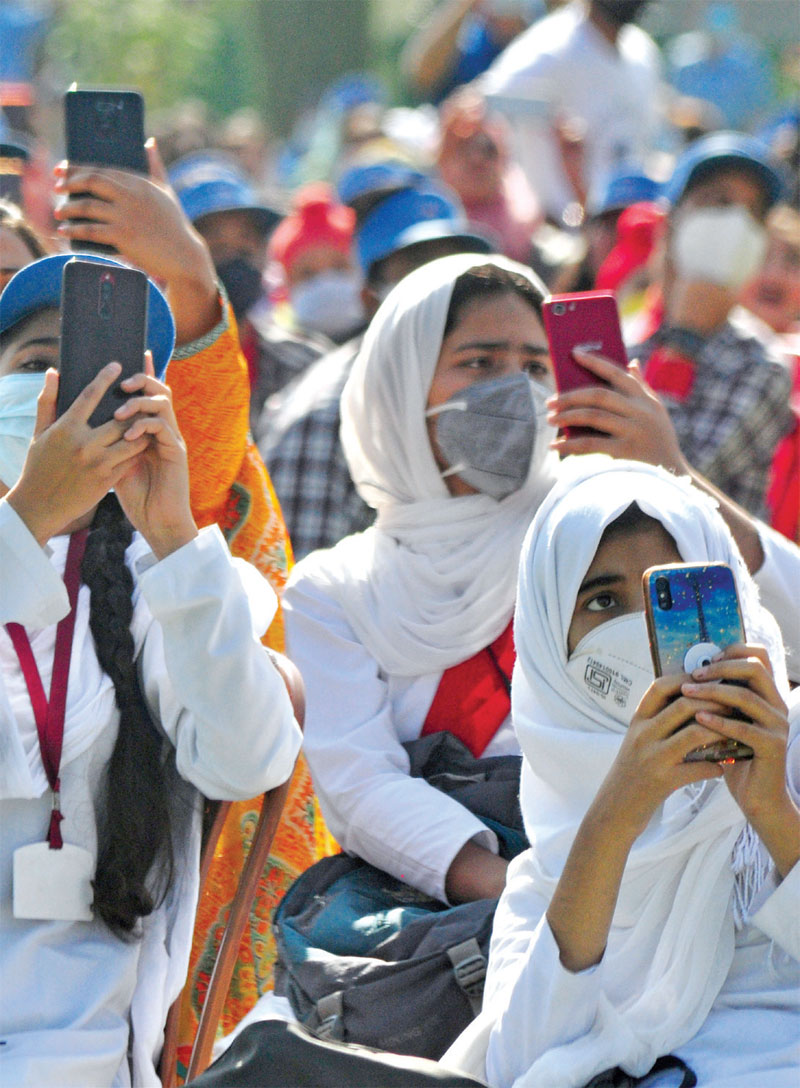 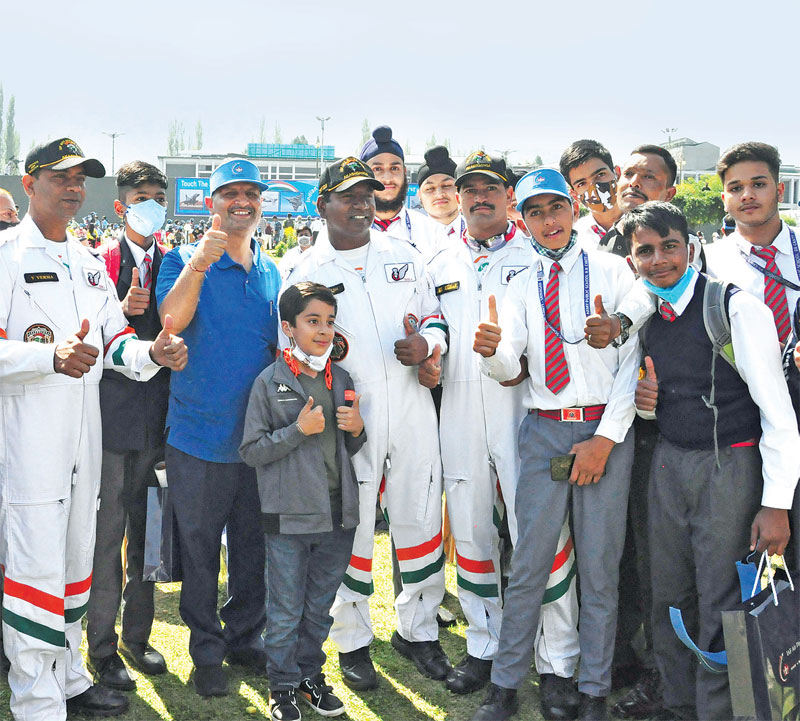