As India embraces technology, its military vulnerabilities are increasing

In a recent report by Check Point’s Cyber Security, ransomware attacks around the globe went up by 102 per cent in 2021 as compared to the previous year. A software company, Check Point provides cyber threat intelligence by collecting and analysing global cyber-attack data. 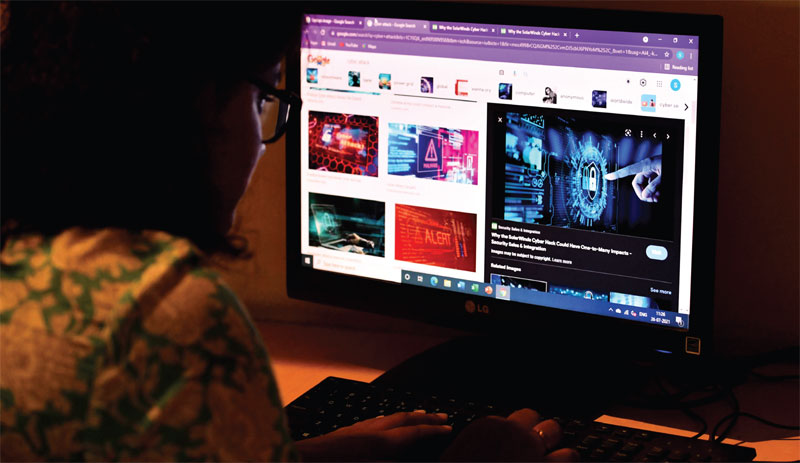 The same report says that India was the most affected country with 213 weekly ransomware attacks per organisation. Furthermore, 68 per cent of Indian organisations surveyed were hit by ransomware in the previous 12 months. In another global survey titled The State of Ransomware 2021 by cybersecurity firm Sophos, which came out in June 2021, India topped the list of 30 countries affected by cyberattacks. In 2019, Indian Army faced at least two cyber-attack attempts every month.

With militaries adopting digitisation, cyber vulnerabilities have increased. In May 2017, India’s Su-30 MKI crashed after taking off from Tezpur in Assam. It was suspected that the crash may have been caused by a cyber-attack launched by China as the IAF pilots who were flying the aircraft were unable to initiate the ejection process when the aircraft was plunging to the ground.

In 2006, mathematician Clive Humby coined the phrase, ‘Data is the new oil.’ What he meant was that data had untapped potential and if mined, it would become an essential resource that powers the information economy, akin to what oil did during the industrial age. That’s where data localisation comes in. It is a practice of storing data on the device that is physically present within the borders of the country where the data is generated.

In 2017, the government constituted the Srikrishna Committee on data protection, which submitted its report along with the recommendations in 2018. The report highlighted data localisation saying that both critical data, as well as copy of all personal data be stored in India on Indian servers. It stated that cross-border transfers of data were subject to model contract clauses. However, the Personal Data Protection Bill, introduced in the Parliament on 11 December 2019 is yet to be passed. As technology advances, vulnerabilities of an increasingly technology-dependent world are increasing. Today, cyberspace has the power to inimically influence events in the physical space, posing threat to individuals and nations.

Cyber domain is famously known as the new or the fifth domain of warfare. Until recently, militaries around the world prepared for warfare in the four physical domains—air, land, sea and space. However, today cyber is fast emerging as the most vulnerable of all domains.

With Internet being a democratised tool, cyberspace can be made use of by both, the state and non-state actors for cyber intelligence and crimes respectively. In an article on Cyberwar published in 2010, The Economist posed a question—’Are the mouse and keyboard the new weapons of conflict?’ While the answer is obvious, it involves several complexities.

According to co-founder, Safe Security, Rahul Tyagi, “Cyber has transformed from being a function of back-office automation to a business enabler. Organisations are basing their business models on technology, and when that is the case, the security of that technology naturally becomes a key factor. While the sophistication of cyber-attacks has evolved, unfortunately, cybersecurity has not. Today, cyberattacks not only have an impact on your reputation and brand identity, but also on the top and bottom line, and yet organisations continue to use traditional forms of cybersecurity to defend against cyberattacks. Traditional forms of cybersecurity are costly, complex, and resource-heavy. Numerous security tools give a sense of security but lack visibility of enterprise-wide security and real-time risk posture. Therefore, cybersecurity continues to be a concern for governments, organisations, and individuals across the globe.”

American-Canadian author William Gibson coined the term cyberspace in 1982. He described is as “A graphic representation of data abstracted from banks of every computer in the human system. Unthinkable complexity. Lines of light ranged in the non-space of the mind, clusters and constellations of data. Like city lights, receding.”

Almost three decades after William Gibson coined the term, cyberspace has become a complex ecosystem that can make communication easier but can also prove to be a security nightmare. Cyberspace is defined as ‘an interdependent network of information technology infrastructures, and includes the internet, telecommunications networks, computer systems, and embedded processors and controllers in critical industries.’