Air and space defence corporation ‘Almaz-Antey’ will present a wide range of military and civilian products at the 12th Aero India International Aerospace Exhibition 2019, which takes place in Bangalore on 20-24 February 2019 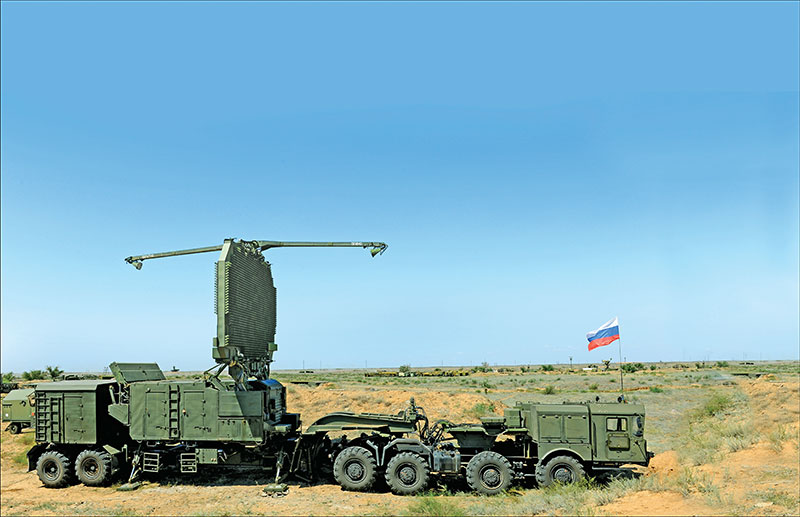 A special feature of the joint exposition of the Corporation — radar means of aerospace control, displayed by models and video presentations of the multifunctional mobile radar station 55Zh6ME, the stand-by air surveillance radar station 55Zh6UME, mobile 1L121E and 1L125E, compact 1L122-1E and the E-801E radio facility.

The civilian use products sector introduces models and information on the DMRL-3 Doppler meteorological radar and the ROSC-1 radar-optical system for ensuring the site safety and neutralizing UAVs.


“The Corporation’s participation in the International Aerospace Exhibition is aimed to strengthen the image of a reliable supplier of exclusive defence products for the Russian Armed Forces, as well as at expanding the range of potential customers among the countries of Southeast Asia,” said the Deputy Director General for foreign economic activity of the Air and Space Defence Corporation ‘Almaz-Antey’, Vyacheslav Dzirkaln.

The Deputy Director General noted that the Corporation’s participation in the exhibition contributes to the demonstration of the scientific, technical and production potential of the enterprise in development, manufacturing, maintenance and extension of service life of, as well as overhauling and disposal of military products.

According to him, during the exhibition the Corporation representatives will hold series of meetings and negotiations with potential customers. Air and Space Defence Corporation ‘Almaz-Antey’ has the right to conduct independent foreign trade activities in relation to military products, including the supply of spare parts, repair and overhauling of previously supplied equipment, as well as training customer’s specialists.

Air and Space Defence Corporation ‘Almaz-Antey’ is one of the largest integrated associations of the Russian defence industry, employing nearly 130 thousand people. According to the results of production activities of 2017, the holding entered the top ten of the world’s largest manufacturers of military products, taking the 8th place in the Defence News rating of 100 largest companies of the world’s defence-industrial sector, including Boeing, Lockheed Martin, Raytheon, General Dynamics, Northrop Grumman, BAE Systems, Thales, EADS and IAI. More than 50 countries worldwide employ the Corporation’s products in military service.