Rafael’s background in this field has been proven both as a subcontractor for helicopter OEMs such as Leonardo or Airbus Helicopters, as well as the Prime System Integrator (PSI) for a standalone armament package with simple interface and no major modifications to the helicopter. The relative light-weight of the SPIKE missiles and integration capability of Rafael facilitate the mounting of SPIKE Missiles on multirole helicopters, maximizing the helicopter capabilities. A good example is the ARPIA IV Project in Colombia, in which Rafael acted as a prime integrator to integrate SPIKE onto the Columbian Air Force’s ARPIA IV Helicopter (Blackhawk UH60). The suite included three types of SPIKE missiles (NLOS, ER and LR), advanced EOS (TOPLITE 3HD), stand-alone HMI, including Moving-Map application, helicopter collision warning application, a digital Data Link, as well as integration of the existing 70mm unguided rocket and GAU19 gun to Rafael weapon suite.

Air force, army and navy aviation squadrons are now beginning to understand that this type of upgrade can convert a dozen multirole helicopters into capable modern armed gunships using the same budget that used to buy only two new combat helicopters.

The SPIKE Missile family of Precision Weapon Systems has been operational and combat-proven for over two decades. SPIKE missile is a family of off-the-shelf 5th generation Precision Guided Missile that includes an electro-optical seeker and a bi-directional Datalink, enabling ultra-high accuracy and enhanced lethality. The SPIKE family is in use today by 34 armies, navies, air forces and Special Forces around the world, with more than 5,500 missiles fired both in training and in operational combat. These advanced products are offered today to different armed forces in different applications.

For the combat helicopter, the main advantages of the SPIKE family are its ultra-long stand-off range & Non-Line-of Sight (NLOS) attack capability which dramatically increases aircraft survivability (in comparison to laser-guided munitions which force the pilot to approach the target) as well as the passivity of the EO seeker, unlike the active laser guided munitions which can be detected upon lasing on the objective. 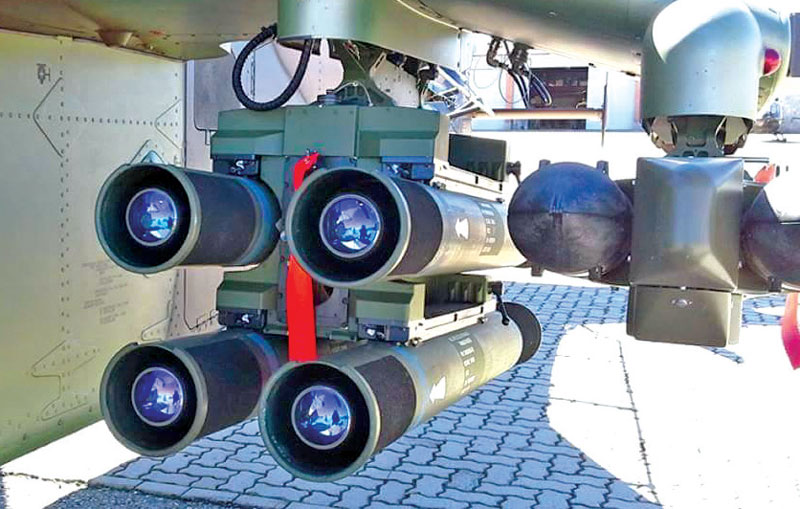