Fresh after signing an MoU with Hindustan Aeronautics Ltd for co-development of fixed wing UAVs, the mood at the IAI stand was upbeat. It helped that even as corporate vice-president, marketing for India, Col Zeev Mivtzari was talking to FORCE about the two-de­cade-old history of working with India, chief of army staff General M.M. Naravane walked in, as if to rein­force the interdepen­dence of the relation­ship. 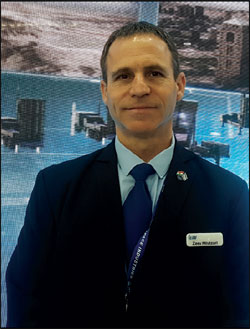 Mivtzari, who had served as the defence attache in the embassy of Israel in New Del­hi, said, “India is not a market for us. It is a re­lationship.” Then as an afterthought, he add­ed, “It’s like a marriage. We have to be flexible to the requirements of the partner. That is why we always find a way of working in India.”

While the MoU with HAL will work on development of unmanned systems, an MoU with Kalyani Group will be working in the area of futuristic loitering munition. And yet another with Bharat Electronics Ltd is looking at the domain development and maintenance of air defence sys­tems. Additionally, IAI has been working with the DRDO for several years, with Barak 8 being the successful exam­ple of it.

Mivtzari insisted that Barak 8 has truly been a case of co-development, with the project being controlled by the ministries of defence of the two countries. A spin-off of the programme has been Indian Air Force’s MR-SAM.


But this is just the tip of the iceberg. Said Mivtzari, “We have several other programmes, including one on radars with BEL. We understand India and intend to be here for a long time.”