It was the most eventful year in recent Indian history. Some may dispute the term eventful, preferring catastrophic instead. But to be fair, since we are too close to these events, it would be best to leave the judgment to history. Or to our readers. Judge for yourself what we achieved in 2019 and at what cost

On February 14, Adil Ahmad Dar, a Kashmiri militant, rammed his explosive-laden vehicle into a Central Reserve Police Force (CRPF) bus, killing 40 personnel. The bus was part of a convoy of 78 buses carrying the paramilitary police on the Srinagar-Jammu highway in Pulwama district of Jammu and Kashmir. The devastating attack shocked rest of India and the world.

Soon after, Pakistan-based militant group, Jaish-e-Mohammad (JeM) claimed responsibility for the attack even though Pakistan denied any involvement in the attack. This led to tension between the two countries. Eventually all trade ties were severed. In the meantime, the Indian Army initiated a massive crackdown on JeM, and within a few months, killed most of its leaders.

The government faced severe criticism over the loopholes that led to the attack. It came under fire for lack of security along the 300-km long Jammu-Srinagar highway. The outrage prompted the government to take immediate steps to address the gaps, including among others air travel to the valley for CRPF personnel.

The most decisive action taken by the government post Pulwama attack was air strike on the Jaish-e-Mohammed training camp on Jaba hilltop in the Balakot district of Khyber-Pakhtunwa, Pakistan on February 26. The Indian Air Force (IAF) fighter jets crossed the Line of Control (LC) and bombed targets deep inside Pakistan territory. The IAF Mirage-2000 fighter jets took off from different airbases in India before dawn and targeted the JeM training camps with precision guided missiles. Pakistan Air Force retaliated the next day. PAF fighters crossed the LC in the Jammu sector and dropped bombs on non-military targets to ‘demonstrate our right, will and capability for self-defence’. 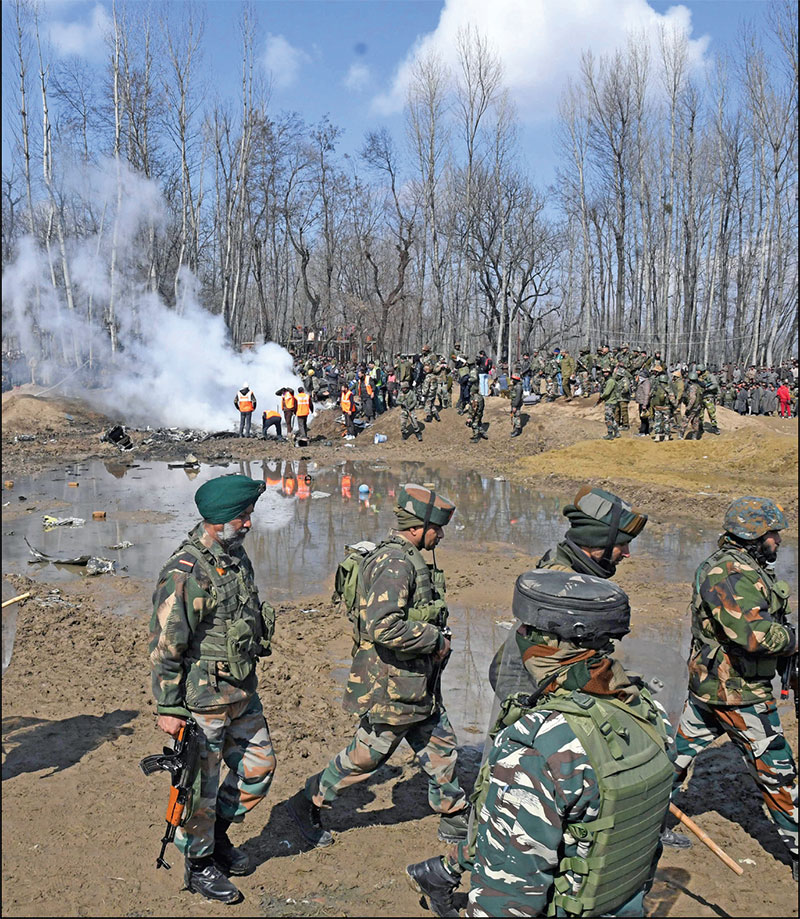 A war of claims and counter-claims followed. In the midst of all this, the IAF’s Mi-17V5 helicopter crashed in the Budgam district of Jammu and Kashmir on February 27. Initially assumed to be a handiwork of Pakistan or technical error, the subsequent IAF enquiry revealed that the helicopter was hit by an IAF missile in the case of fratricide because of the fog of war. Two officers — the chief operations officer (COO) and the senior air traffic control officer (SATCO) — were charged with negligence. The crash resulted in the death of seven IAF personnel.

Two days after the Pulwama attack, on February 16, 137 aircraft from the IAF carried out a massive exercise along the border, striking ground targets 200 kilometres south off Bahawalpur, the headquarters of the JeM. Although the large-scale exercise Vayu Shakti was pre-planned, it raised eyebrows with its timing and the massive scale. The IAF carries out exercise Vayu Shakti once every three years to demonstrate and test its war-preparedness. This time, however, it became a topic of discussion amongst the military strategists and the public on both sides of the border. 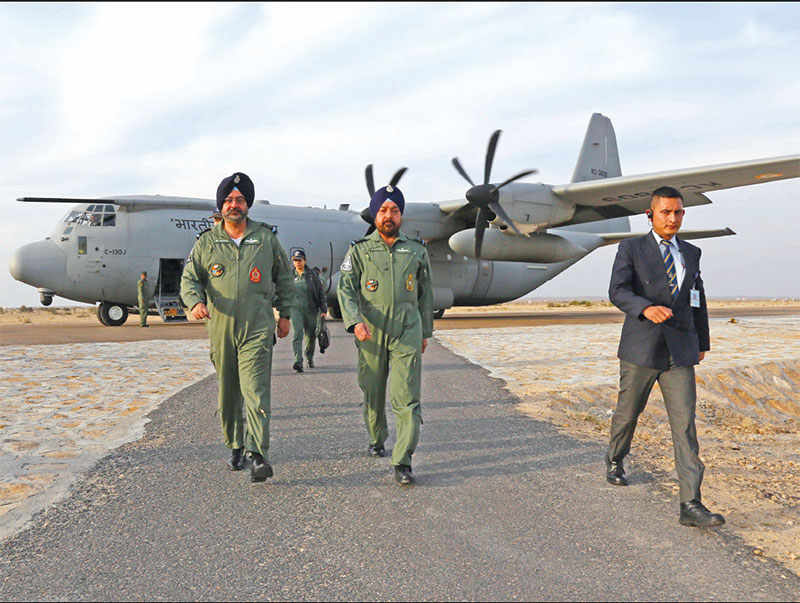 In another major exercise Gagan Shakti, conducted in 2018, the IAF had demonstrated its air-to-air combat capabilities, engaging a large number of aircraft. However, exercise Vayu Shakti 2019 was mainly about displaying the air force’s ability to strike targets on the ground. The then Air Chief Marshal Birender Singh Dhanoa arrived in a C-130J aircraft, landing in front of the spectators on an 800m-long makeshift airstrip. C-130J, built to release commandos into enemy territory, is an indispensable asset, having proved its mettle over the years.

MiG-29UPG showcased its new ground-strike capability in an air-to-air combat drill for the first time after it was promoted for this role. Akash missile firings were on a large scale, along with gun firing from MiG-29 and ALH. The firepower demonstration was used to showcase the capabilities of frontline fighter aircraft such as the Sukhois, Mirage-2000, MiG-29, Jaguar and others. The exercise, held on a massive scale, involved combat helicopters, fighters, transport aircraft, force enablers and support systems.

The indigenous Tejas fighter, for the first time, demonstrated the swing role capability, firing a missile at an enemy aircraft and also striking a ground target in the same mission. The operations continued through the whole night with the IAF using its entire spectrum of weaponry to a scale of full war preparation.

India went to the polls in 2019. The General Election was held in seven phases from 11 April to 19 May 2019 to constitute the 17th Lok Sabha. What stood out in this election was the highest ever voter turnout at 67 per cent and an increased participation of women voters. When the results were declared on May 23, the Bharatiya Janata Party (BJP) won 303 seats, substantially increasing its number. The BJP-led National Democratic Alliance (NDA) won 353 seats. The BJP’s vote share was 37.36 per cent while NDA’s combined was 45 per cent of the 60.37 crore votes polled. The Indian National Congress won 52 seats, and the Congress-led United Progressive Alliance 91.

Like 2014, the BJP won the largest number of seats in its history. Once again, the party decimated the Opposition with a strong mandate. What was most significant about the 2019 election results was the astounding defeat of some political bigwigs. Congress chief Rahul Gandhi was defeated in his family bastion Amethi, losing to BJP’s Smriti Irani by a margin of over 55,000 votes. Congress MP Jyotiraditya Scindia lost his family’s bastion Guna in Madhya Pradesh to an ex-Congress leader. Congress leader Mallikarjun Kharge faced first ever defeat in his political career. Till now he had won 10 consecutive elections since 1972. Other Congress leaders who faced a similar fate included Ajay Maken, Sheila Dikshit, Digvijay Singh and Shatrughan Sinha. The results were a proof that a majority of people in India continued to trust the policies of Prime Minister Narendra Modi.