Why nuclear deterrence failed in Ladakh

The Ladakh crisis established an unpalatable reality: India’s nuclear weapons, whose raison d'etre is deterrence, had failed to deter China. By reportedly occupying 1,000sqkm of Indian territory in Ladakh, China not only walked through India’s conventional military capabilities, but also lobbed its purported nuclear deterrence out of reckoning. The Chinese message was loud and clear: China did not consider India’s nuclear weapons of any consequence. 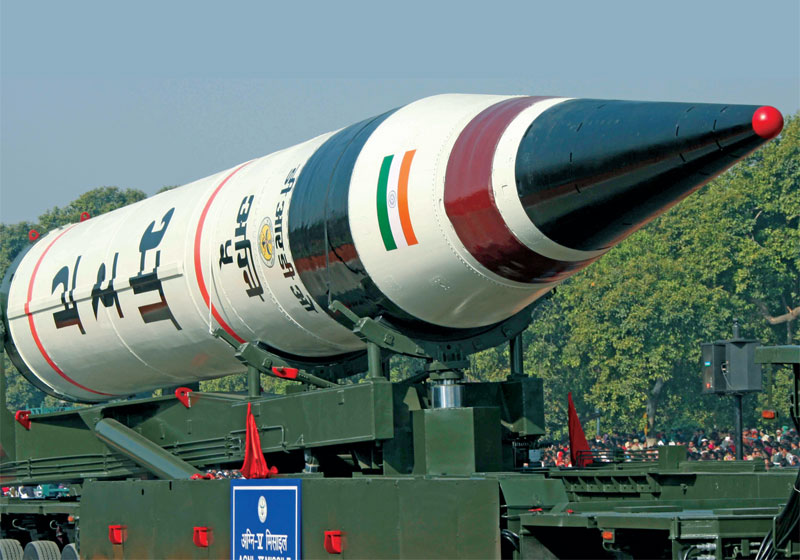 Interestingly, former National Security Advisor, Shivshankar Menon, in his 2021 book, India and Asian Geopolitics, (written after the 2020 Ladakh crisis) writes, ‘Since India became an overt nuclear weapon state in 1998, there has been no credible threat of using nuclear weapons against India nor attempt to use nuclear black-mail to change its behavior. To that extent, India’s nuclear weapons have served their desired purpose.’ As the NSA, Menon was responsible for India’s nuclear doctrine, posture, and operationalization with the command of nukes vested in the Prime Minister-led National Command Authority.

To recall, after a series of five nuclear tests done on 11 and 13 May 1998, India’s Prime Minister A.B. Vajpayee wrote a letter to US President Bill Clinton giving Chinese nuclear tests and the nuclear weapons nexus between China and Pakistan as the reasons for India’s tests. India also announced a nuclear no-first use policy, which meant that if deterrent failed, India would be prepared for an assured and credible second-strike capability after absorbing the enemy’s first strike; China, in the present case.

The second-strike capability is based on a triad of land, sea, and air vectors. Given the paucity of combat aircraft for conventional war, especially when catering for two-front war, aircraft availability for the nuclear role is merely theory. The land vector would be provided by Agni-5 ballistic missile with 5,000 km range meant to cover China. While it is yet to be operationalised, the Defence Research and Development Organisation (DRDO) has announced plans for Multiple Independent Re-entry Vehicles (MIRVs) which can deliver number of warheads at different targets simultaneously instead of a single big bang. The DRDO awaits government clearance for MIRVs which is the technology of the late 1960s. The sea vector of the triad would be India’s indigenous ballistic missile submarines (SSBNs) INS Arihant, and the follow-on vessel INS Arighat which are expected to be armed with K-4 submarine launched ballistic missile (SLBM) with the range of 3,500km to hit China. The K-4 missiles are still under development.

INS Arihant was commissioned in August 2016 and carried out its only deterrent patrol in November 2018. However, it was not clear what was meant deterrent patrol since SSBNs should carry their nuclear missiles, which was not done in this case.

Meanwhile, unsure about India’s assured second strike capability especially against China, Indian analysts, according to Menon, believe ‘that India should change its no-first-use policy and begin to think of nuclear weapons as warfighting weapons to compensate for India’s conventional inferiority against China.’ The assumption is that since nuclear weapons powers do not go to war there is very little possibility of a war between India and China. However, if war happens, it would, at best, be a limited border war.

The origin of this thinking that nuclear weapon powers do not go to war lies in the Cold War theology where it was correctly believed that the presence of nuclear weapons with the US and Russia prevented the war between the two blocs—NATO and Warsaw Pact—which had divided the world. Holding it as a truism for all times to come, Indian analysts, comprising policy makers, military brass, and retired senior officers, have superimposed this template on India. Hence, this popular narrative has emerged since the Ladakh 2020 stand-off between India and China

These assumptions—no war or a limited one between India and China—have neither been analysed nor have been war gamed. The reality is that let alone the PLA, these assumptions do not even hold true against the Pakistan military whose capabilities, with China’s support, have increased substantially.

Before examining India’s case there is a need to put the US and Soviets, and now the US and China nuclear weapons into perspective. In the 1950s, the Soviets had an overwhelming advantage over the US military in conventional forces. While the Soviets were not technologically advanced as the US, they believed that quantity had a quality of its own. Instead of matching the Soviets quantity—tank for tank and gun for gun—US President Dwight Eisenhower introduced battlefield atomic or tactical nuclear weapons (TNWs) to thwart Soviet conventional offensive in the European theatre. The TNWs worked because the US has superiority in strategic nuclear weapons (big yield bombs).