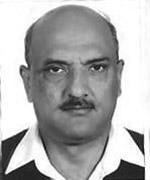 The ‘sacrifice of martyrs will not go in vain’ is the common refrain of politicians after every tragic incident of loss of life of soldiers. The media attention and public sympathy ebbs in due course of time. All is forgotten after a few days and life goes on as usual except for the family members of the soldiers killed who not only lose a loved one but also perhaps the only bread winner of the family. The loss for them is permanent. Soon they are left to their own devices to cope up with the trauma of sudden void in their lives.

Reams of analysis is written by the strategic community and several recommendations are made. That these recommendations are taken note of is uncertain because another similar incident after few days overtakes the narrative leading to similar sequence of noisy protestations.

Poor governance and lack of development are the basic causes of Left Wing Extremism including the current Maoist movement in central India. The tribal are aggrieved by the fact that they have been pushed out of their traditional habitat and rich mineral resources of the area are being exploited by big industrialists. While the industrialists are becoming richer, the tribal continue to live in abject poverty. They do not possess skills to be employed by the industrialists nor have the industrialists invested for improving their skills or development of the area. Facing this double jeopardy, the tribal have been pushed to the margins of survival as socio-economically backward sections of the society. 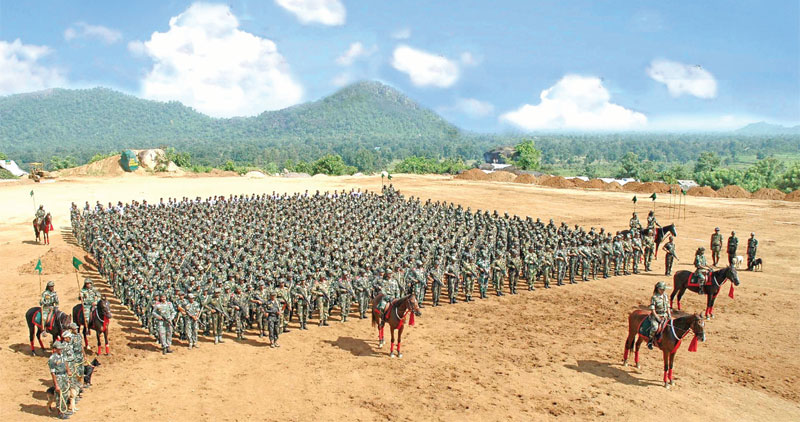 Then Prime Minister Manmohan Singh in November 2005 had described the Left Wing Extremism as the most serious security threat to India. He had called upon the strategic community to evolve comprehensive strategy to overcome this challenge. Any strategy to tackle this challenge has to include use of security forces to bring down the levels of violence, followed by developmental activities and negotiated settlement of the problem.

Realising that the grievances of the tribal of central India can be addressed only by bringing down the levels of violence within acceptable limits, the government inducted large numbers of central armed forces in the area. However, except for intermittent periods of lull, the security forces have so far failed to control the levels of violence in the area and prepare ground work for ensuring sustained developmental activities.

This tenuous peace was once again broken on 3 April 2021 in the area Tekulguda, Bastar in Chhattisgarh. Loss of life of 22 CRPF and police personnel and apprehension of one CRPF CoBRA soldier--later released--was as monumental a failure as the one on 6 April 2010 wherein CRPF had lost 76 soldiers in a similar ambush. Sheer capitulation of the might of state in front of rag tag outfit of Maoist militants is shameful to say the least. The failure should have compelled the dramatis personae to introspect. However, they have surprisingly declared that the operation conducted by them on that fateful day was a success!

The sole responsibility for this tragic incident rests with the top leadership of the CRPF. Consisting mainly of the IPS officers, they have repeatedly proved themselves to be utterly incompetent in guiding and enhancing the operational efficiency of the CRPF, mandated primarily to assist the administration in internal security of the country. That these IPS officers are out of depth in managing the affairs of the CRPF and other specialised central armed forces is becoming increasingly apparent.

The leadership by repeating the same mistakes has failed to learn from the past setbacks. The IPS leaders in fact have no incentive to improve because notwithstanding the failures they continue to be rewarded with promotions and post retirement goodies. R.R. Bhatnagar, IPS, the DG CRPF at the time of Pulwama bombing became advisor to Lt Governor J&K soon after his retirement in spite of obvious leadership failure. Similarly, the IPS officer said to have been the DIG of the area when the ambush killing 76 CRPF personnel took place at Chintalnar in Chhatisgarh on 6 April 2010 was promoted as IG in spite of the massive failure of leadership. The officer has the distinction (sic) of being associated with the present tragedy too in the all-important position of IG (Operations) responsible to plan deployment and operations!

The leadership failure besides lack of intelligence is the most conspicuous of the failures in several incidents since 2010 in Chhattisgarh and other places in which the CRPF has lost over 200 personnel with several others being injured.

Repeated setbacks point towards not only their inability to lead from the front, but also to analyse and disseminate actionable intelligence to troops operating on the ground. The IPS officers are not trained for carrying out systematic appreciation of several scenarios possible in these swift and furious engagements. What makes matters worst is the fact that at the higher supervisory level they are not familiar with the ground conditions and thus tend to make unrealistic plans leading to frequent setbacks and avoidable loss of life.

Having been directly deputed at higher levels, only a few of them take pains to understand the capabilities, limitations and resources available to an operational unit or sub unit. They have no understanding of the conduct of operations against an enemy which can easily merge with the masses without a trace. Lacking long term perspective, instead of focussing on developing sources of intelligence and gradually enhancing the area of influence of the security forces in the jungles of central India, they resort to attempting ill-planned spectacular action as the one on April 3.