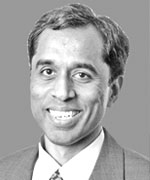 Further, strategic stability depends on rival nations’ understanding that they cannot destroy all the strategic weapons in the other’s arsenal in a pre-emptive first strike. For long, nuclear-powered ballistic missile submarines (SSBNs: SS for submersible ship, B for Ballistic Missile, N for Nuclear powered) have been key to maintaining strategic stability.

The critical role of SSBNs in maintaining strategic stability derives from the fact that an SSBN is nearly impossible to detect and track, rendering it invulnerable to counter-force measures. This invulnerability makes SSBNs the most reliable means for delivering a retaliatory second strike. This power balance, in favour of the SSBNs, has helped create and maintain strategic stability. None of the nuclear-armed powers can, with certainty, guarantee the sinking of the adversary’s entire SSBN fleet in a surprise first strike.

However, several recent advances in Anti-Submarine Warfare (ASW) technologies threaten to turn the oceans ‘transparent’, potentially making the detection and location of the elusive SSBNs easier.

Strategic Anti-Submarine Warfare (ASW) involves locating and attacking submarines in the waters they operate in. This can be done in several ways, depending upon the access to technology and preferred strategy/tactics. It could be through space-based wide-area detection and tracking of SSBNs. Or by picking up their trail while they enter/ exit their home bases or traverse a chokepoint The current ASW capabilities of most navies are limited. Although strategic submarines can now be reliably detected and tracked, the ability to neutralise them using offensive means is still limited.

What has been the impact of recent technological advances in ASW on the invulnerability of SSBNs? The opinion is divided. There is a certain inevitability to the direction of the advances in technologies for detection, tracking, and signal processing that are continuing apace. Ever newer ASW measures, such as swarms of unmanned—aerial, surface, and underwater—vehicles and cyber-attacks against SSBNs or shore-based C3 assets critical for SSBN operations, are sought to be brought to bear in the offensive against SSBNs.

Analysts are concerned about the effect of the advances in ASW technologies (the ‘transparent oceans anxiety’) on strategic stability. However, despite the technological improvements, the oceans are unlikely to turn transparent anytime soon. All major nuclear power nations have expensive ongoing SSBN modernisation programmes (such as USA’s Columbia class, Russia’s Borei class, PLAN’s Type-096, UK’s Dreadnought class, France’s SNLE 3G). These submarines are expected to enter service starting the late 2020’s and will remain in service well into the 2080’s.

However, scholars such as Daniel Moran are quite correct in cautioning the world’s navies that, “The sensitivity of astronomical radio telescopes has improved ten-thousand-fold in the last fifty years. There is no reason to think that the ocean’s depths will remain impenetrable forever.”

The advances in ASW technologies are expected to impact the ability of the SSBNs to sustain their stealth advantage. In time, ASW technologies will mature, and navies will become proficient in integrating data from their space-based, aerial, surface and sub-surface ASW platforms—both manned and unmanned—making it extremely difficult for SSBNs to hide in the seas and the oceans.

The advances in ASW and the resulting transparency of the oceans could, paradoxically, prompt nations to deploy more SSBNs despite the prohibitively high cost of building, deploying, maintaining, and arming them. Nations would rationalise that, to maintain a reliable second-strike capability, a greater number of submarines at sea at any given time, will increase the likelihood of at least one submarine surviving a first strike to launch a retaliatory strike.

However, contrary to expectations, compared to the Cold War years, the number of strategic submarines deployed by the world’s navies has decreased. During the later stages of the Cold War, improved missile performance and enhanced missile ranges provided SSBNs with greater flexibility in the choice of operating areas. The submarines became larger, carried a larger complement of missiles, and the numbers of submarines operated by the cold war powers decreased.