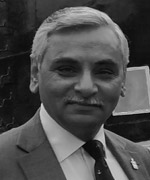 There are many arguments raised from time to time against India’s aircraft carrier programme from various quarters. These cover a range of issues but mainly focus on their cost, their utility and vulnerability in combat and even whether India needs them at all.

Regrettably, most of this discussion is generated due to a lack of understanding of firstly, the maritime domain; secondly, the role of navies in war and peace; thirdly, India’s maritime imperatives and fourthly, the aircraft carrier itself. Aircraft carriers have formidable capability and can rapidly respond to a range of contingencies across the entire spectrum of maritime operations from shaping the maritime battlespace in war to providing Search and Rescue and Humanitarian Assistance and Disaster Relief (HADR).

It is a mobile air base capable of transiting over 500km in a day to project the country’s military and diplomatic power in war and peace with its self-contained combat air power capable of maritime strike, airborne early warning, Combat Air Patrol, unmanned and autonomous missions, anti-submarine and anti-surface warfare and expeditionary operations.

Its reach and capability also make it an excellent command and control platform; the formidable offensive capability of a Carrier Battle Group can effectively shape the operational theatre and in a network centric battlespace environment also exercise sea control across a wide swath of ocean. The versatility and offensive firepower of the aircraft carrier is often not understood by many in India which unfortunately includes some in positions where they should and therefore tend to draw the wrong conclusions.

The Relevance of the Aircraft Carrier

One misconception is that India’s island territories located a few hundred miles from the mainland are ‘unsinkable aircraft carrier’. In actual fact though, they are anything but. While island bases are unsinkable, stationary and therefore vulnerable, aircraft carriers at sea are mobile, agile (and therefore less vulnerable), though they are of course sinkable.

There is no doubt that India must develop its island territories as strategic outposts and position adequate military capability on them. The Andaman and Nicobar Islands are located almost 1,400 km from the Indian mainland. Hence, the ranges and radius of operations of aircraft and missiles positioned there get extended by that much towards targeting possible threats in the south eastern Indian Ocean, the South China Sea and the Chinese mainland. The location of the islands at the approaches to the Malacca Straits makes them invaluable assets as surveillance outposts to monitor all shipping entering and exiting the Malacca Straits and other choke points in that region. However, they cannot even remotely be considered a substitute for aircraft carriers.

The second argument and the one quoted most often is that its size makes an aircraft carrier a vulnerable target. All platforms at sea are vulnerable to attack including submarines. Drawing an analogy with the other two services, an expensive fighter jet or a mid-air refueller can be shot down in the sky, or for that matter an air base near the border can be destroyed by an air strike or precision guided weapons munitions with pinpoint accuracy and lethal destructive capability. Recent attacks on Indian airbases have exposed their vulnerability even in a less-than-war scenario. Similarly, an armoured formation or even a frontline formation HQ can also be attacked and destroyed easily. Would it therefore mean that airbases would be shifted further inland thus reducing the air force’s strike capability or military formations would not be forward deployed?