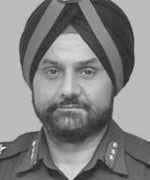 “It is an illusion that youth is happy, an illusion of those who have lost it; but the young know they are wretched for they are full of the truthless ideals which have been instilled into them, and each time they come in contact with the real, they are bruised and wounded”.

Historically, the youth have been at the forefront of revolutionary movements. Be it the Russian and French revolutions or the movement against apartheid in South Africa, the Irish war of Independence, the Arab Spring or Che Guevara’s revolutionary movement in contemporary times, the youth have been the agent of change in society mostly because young workers have been amongst the most exploited sections, constantly used as a source of cheap labour.

With this background, a quick snapshot of the state of the Indian youth is in order. Today, if India’s under-15 population formed its own country, it would be the eight most populous country in the world. We are one of the youngest nations in the world with close to 500 million citizens fitting into the central government’s definition of ‘youth’.  However, this army of youth face extreme challenges. Over 65 per cent of the youth in the working age group is in the labour force, most of whom are migrant labour. Child under-nutrition remains high as roughly two in five children under the age of five are ‘stunted’. Our infant and child mortality rates are higher than countries at comparable or even lower per capita income such as Bangladesh, Nepal, Cambodia, Nicaragua and Vietnam, despite starting out at roughly similar levels on both metrics two decades ago. A study of government schools in Chandigarh found that 50 per cent students consume intoxicants in some form and substance abuse remains a key concern amongst youth across the nation.

Education also languishes as foundational skills such as basic reading and arithmetic are lacking in our rural children and the majority of Class V students studying in rural government schools are at the mental level of Class II. Further, the gross enrolment ratio in higher education of Indian youth between the age group of 18-23 years is a low 26.3 per cent with only 49 per cent of our youth found to be employable. A former member of NITI AYOG and Director NIPFP stated in an NDTV interview that close to 100 million Indian youth are presently neither in academics nor looking for jobs. The India Today Conclave in Mumbai in 2019 identified that one in every four Indian youth suffers from depression while every hour a student commits suicide. These statistics raise the question whether our youth bulge will be an asset or a liability. And all this before the Covid-19 tsunami struck.

With large scale job losses, consequent enhanced poverty, economic slow-down and resource crunch due to the impact of the pandemic, what will become of our dismal position on the UN key sustainable development goals such as education, energy, food, healthcare amongst others? An already weak public education system has been severely afflicted by the Covid-19 crisis. The current focus on online education due to the pandemic has further widened the divide between the rich and the poor, as government educational institutions and students in rural areas do not have the infrastructure to support online studies. Most of our youth lives below the poverty line, with no concept of character or integrity, is poorly educated and trained, and capable of mainly working in the labour force.


The need for comprehensive nationwide youth engagement on a war footing is evident, failing which we may indeed be staring at a demographic time bomb ticking away and which may perhaps evolve into a ‘key security issue’ in times to come. Our harnessing of this enormous youthful human resource constructively over the next decade is thus essential. UNESCO has stressed on education being the basic building block of nations and the single best investment any country can make towards building prosperous, healthy and equitable societies. The UN General Assembly adopted the World Programme of Action for Youth (WPAY) with 15 areas identified for priority attention by governments for youth. According to the Centre for the Study of Social Policy, Washington, a new science on child development points to the lifelong importance of early experiences, relationships and opportunities in building the ‘architecture of the brain’ and creating the foundation for later health, social and emotional well-being and future success. This is lacking, especially in the government run public education system mostly attended by youth from the poorer segment, where there is minimal attention to elements of the cognitive intelligence—emotional, moral, social and spiritual. While skilling the youth to be able to contribute to the national economy is one aspect, such skills have to be based on foundational character qualities for adequate outcomes.

The National Cadet Corps (NCC) can play a key role in addressing this issue. A 2019 survey of 8000 NCC cadets of North India revealed important findings. Ninety-four per cent of cadets had clear life goals, 85 per cent showed enhanced civic and community consciousness, 90 per cent displayed high peer collaboration and cooperation and 80.66 per cent were very hopeful of the future. The key benefits of NCC training listed by the cadets were character-building and integrity, self-confidence, discipline and team-work—qualities that our nation desperately needs. There is, thus, an urgent need to greatly enhance the reach of the NCC to bring maximum youth into its ambit. With a strength of approximately 14 lakhs cadets, the NCC presently impacts a miniscule percentage of eligible youth. However, immense resources will be needed if we hypothetically induct all eligible youth into the NCC under present administrative and organisational structures, and training methods. A de-novo reappraisal is, thus, needed to flatten the organisation and reduce revenue costs. In addition, razor sharp focus on essential training while reducing capital intensive activity that benefits only a few cadets will also help in spreading the butter.

Based on extensive interaction of the Punjab NCC Directorate with the finance and education departments, the Punjab government made NCC compulsory in the border districts with the dual aims of empowering the youth and curbing drug smuggling. In order to make it financially viable and practical, eligibility was revised as also the syllabus with a flat organisation under the existing state education structure, employing retired but qualified officers (Colonel/ Lt Colonels) and JCOs/NCOs along with outsourcing of specialised training and administration. It is thus possible to extend this conceptual model nationwide with modifications. The following aspects may be considered to re-invent the NCC to meet contemporary youth aspirations and needs.